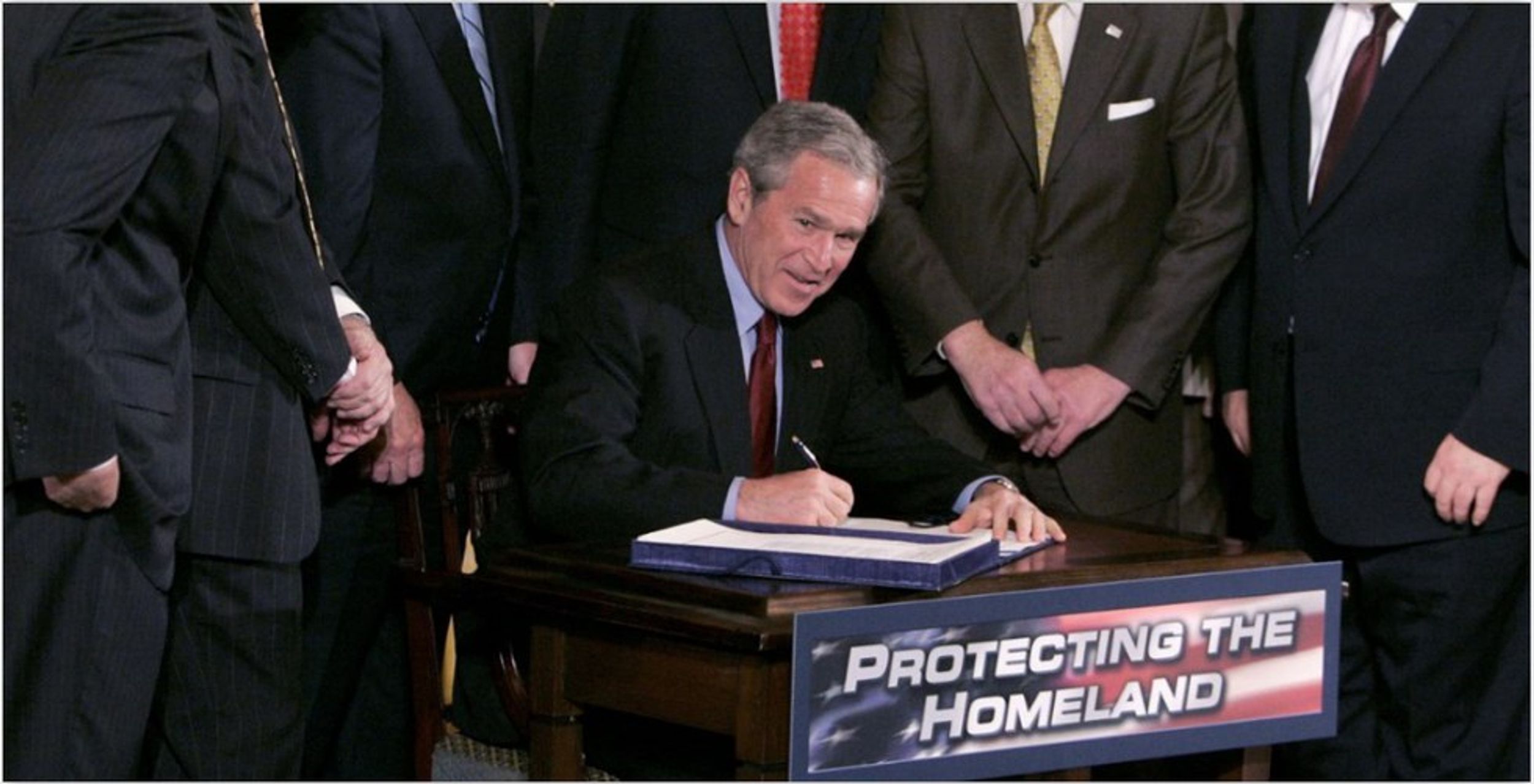 On October 26, 2001, George W. Bush signed the Uniting and Strengthening America by Providing Appropriate Tools Required to Intercept and Obstruct Terrorism Act of 2001 into law; 15 years ago last Wednesday. Today we know it as the PATRIOT Act. But despite the sound of this act, has it actually made America safer and more secure?

The Patriot Act was designed to be a response to the attacks on September 11, 2001 and the anthrax attacks that followed. The American people were afraid and Congress rushed legislation. The bill was introduced on October 23rd in the House, passed on the 24th and then went to the Senate. In the Senate it passed only a day later. The vote was 98 yeas and 1 nay with one non-vote. 98% approval in a Democratic majority led Senate. An almost unprecedented vote in the U.S. Congress. (The Senate voted 82 yeas and 0 nays when President Roosevelt wanted to declare war on Japan after the attacks on Pearl Harbor.) It is not impossible, but how likely is it that each and every Senator read the entirety of the act within a day? Highly, unlikely as only two amendments were proposed.

Here is how likely it is that every Senator and Representative read it:

Congressman John Conyers: “We don’t read most of the bills. Do you really know what that would entail … if we were to read every bill that we passed?” (Fahrenheit 9/11)

The Patriot Act was a tool George Bush wanted to use in his War on Terrorism. War is defined by Merriam Webster as “a state or period of fighting between countries or groups.” But how can we declare war on an act? Who is the enemy? Anyone that commits terrorism? The War on Terrorism is such a vague term that it allows our governing bodies to expand the war as they see fit. Enhancing domestic security allowed for certain civil liberties to be denied. Surveillance procedures paved the road for the NSA and their mass collection of data from the American people. Border security has not been solved and has driven some to want to build walls and divide nations further instead of working together. By removing “obstacles” to the investigation of terrorism the fourth, fifth and sixth amendments of the Constitution which protect citizens, investigating citizens for any reason of suspicion became easy for government officials to do.

The Patriot Act was passed with built in expiration dates for certain provisions. However, in 2005 parts of the Act were renewed by Congress and then the President. In 2011, President Obama resigned provisions of the Act into law once again, these provisions expire in 2019. The provisions he signed into law are the Roving surveillance authority under the Foreign Intelligence Surveillance Act of 1978 and the “Lone wolf” provision which states “a target can be considered an ‘agent of a foreign power’ without any evidence that they are acting with a group” (American Bar Association). A target can be considered a foreign agent without ANY evidence; let that sink in.

In 2001, after the Patriot Act passed, government officials were able to monitor and search medical and financial records of citizens. The Constitution Center wrote “As Americans, we’re torn – as our Founders were – between a need for security and a commitment to our liberties. Have we found the right balance? We look to the Constitution for the answers. But the Constitution depends on us as much as we depend on it.” Today this still applies just as much as in did 15 years ago.

My issue with the Patriot Act is not with the intent of it, to protect Americans from terrorists, but instead with how the government applied it to Americans in cases where it did not have any relevance. Here are some examples:

Adam McGaughey, the webmaster of a fan site for the television show Stargate SG-1, was charged with copyright infringement and computer fraud. The FBI used a provision of the Patriot Act to obtain financial records from the site's ISP, internet service provider. In no way were this man’s actions related to terrorism. Yet the government used the act to to obtain information when typically, they would not be permitted to do so. All for copyright infringement. The end result was someone getting punished for a crime, but that means to achieve that end are unjust, something we do not want in our system of government.

The New York Times reported that in 2003 the Patriot Act was being used to investigate potential drug trafficking without probable cause (New York Times). Article One of the U.S. Constitution states: “No bill of attainder or ex post facto Law shall be passed” (Cornell University). This means that Congress cannot pass a law which deems a specific person or group guilty and then punish them. A law cannot be applied retroactively. By prohibiting an ex post facto law, literal translation is after the fact, it means that the US Congress cannot make any act a crime after the time when that act has been committed. This applies to the Patriot Act because of the ability to name certain crimes or acts as acts of terrorism instead of the legal act or minor crime that is actually seen as in the legal system.

Susan Lindauer is an example of another American that has been oppressed by the Patriot Act. Susan was an antiwar activist who was deemed “an unregistered agent of foreign power” under the “Lone wolf” provision (Department of Justice). Unfortunately, the page is no longer available. After battling the FBI and DOJ for 5 years. The DOJ attempted to forcibly medicate her and institutionalize her for psychotic concerns. Then suddenly on January 16, 2009 the Department of Justice dropped all charges and pending investigations against her stating “prosecuting Lindauer would no longer be in the interests of justice.” Four days before the Bush administration would officially leave the White House.

So far, I have only given examples of injustices against Americans under this Act. Not mentioned above are the egregious crimes against humanity committed at the Guantanamo Bay detention facility. The Bush administration claimed these were prisoners of war but a study done by Seton Hall Law School concluded that “over 80% of the prisoners were captured not by Americans on the battlefield but by Pakistanis and Afghans, often in exchange for bounty payments” (Huffington Post).

Given the examples above of the implications of the Patriot Act, along with Constitutional law and with the general principles of liberty and freedom that American attempts to uphold, I do not support the Patriot Act because of how it has been applied to Americans and internationals. It is important for the American people to be informed about the actions of the officials they have elected and the level of respect those officials have for the civil rights all people. Days before a critical presidential election we reflect on 15 years of the Patriot Act.