Why I Owe It All To My Mom
Odyssey
CurrentlySwoonLifestyleHealth & WellnessStudent LifeContent InspirationEntertainmentPolitics and ActivismSportsAdulting
About usAdvertiseTermsPrivacyDMCAContact us
® 2023 ODYSSEY
Welcome back
Sign in to comment to your favorite stories, participate in your community and interact with your friends
or
LOG IN WITH FACEBOOK
No account? Create one
Start writing a post
Relationships

Why I Owe It All To My Mom

A concise tribute that does not do justice to the honor of my mother's character and her quality as a parent. 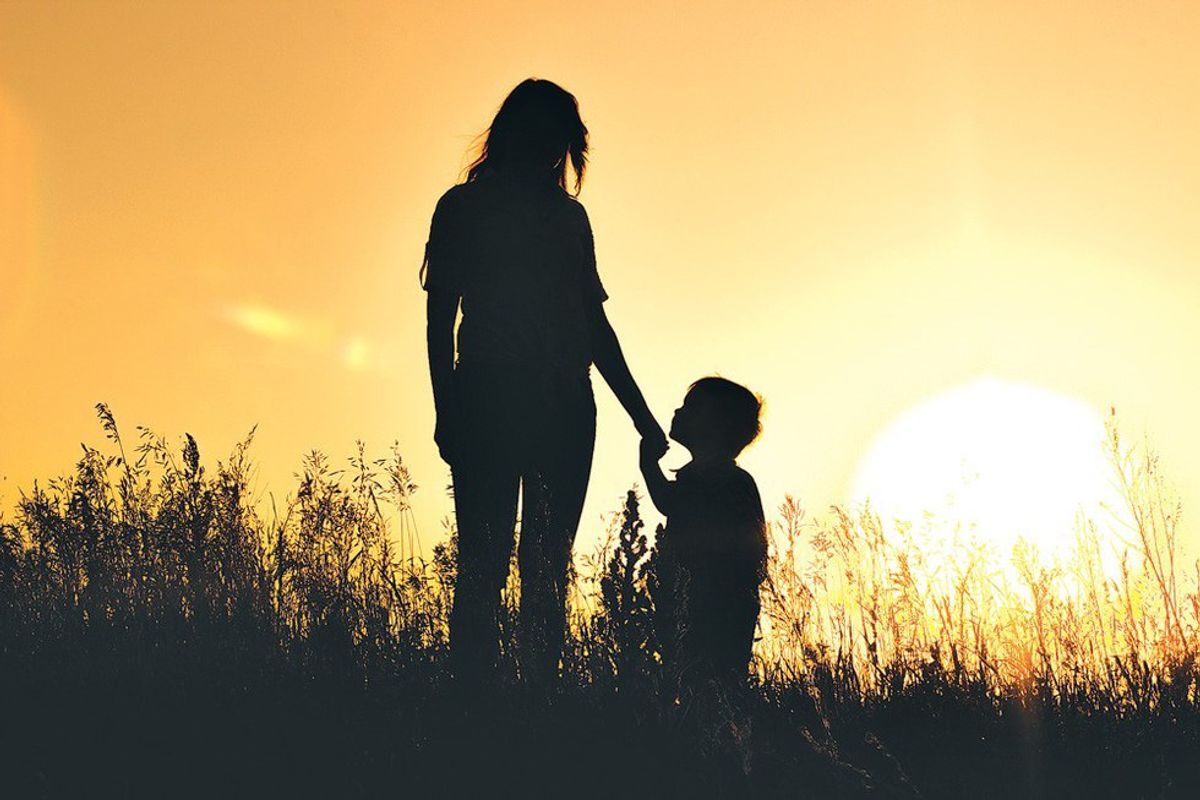 Earlier this afternoon, I called my mom to just have a normal conversation, which we do about four or five times each week.

Unfortunately, I did not know that she was in a conference call, but she stepped out and allotted me five minutes. She wasn’t angry and assured me that she appreciated the opportunity to talk with me. In addition to telling her about school-related matters, as I touched her name in my recent calls, I had this flash of a glimpse of much of what she’s done for me in the past year and-a-half. So before hanging up, I reaffirmed my great appreciation of her generosity, her support and encouragement, and her responsible care of me. I said that I think it’s a shame that I would settle into a mindset that takes her presence in my life for granted, but she told me that it happens for everyone. Even so, that conversation got me thinking about really all that she’s done to provide me with the healthiest, most growth-inducing, and most auspicious circumstances since the moment of my birth.

Firstly, she gave birth to me and raised me through infancy, which is an amazingly special act for any mother to perform, but I am still grateful that I had someone like her watching over me during that time. As soon as I grew so as to learn lessons and understand the workings of the world, she always stood close by to teach me about kindness and compassion – to these, even when I failed and treated people poorly, I responded best, and this laid the groundwork for my desire to realize in my conduct with others that which I wanted to receive from them. Her punishments and reprimands were just and appropriate, expressing disappointment rather than anger and demanding better of me in the future, while always maintaining a sense of love layering our relationship. In this way, she loved me enough to truly want me to become the best person I could be, for myself, for my family, for my friends, and for the stranger on the street. Meanness was never acceptable, physical violence prohibited, and disrespect held in the lowest regard. Around the later years of grade school, thanks to her tireless efforts in raising me and my sister as a single mother, I think I began to understand, if but superficially, the kind of person she raised me to be.

High school presented many challenges, including bullying from older students and an overarching loneliness supported both by being the new kid and by the tendency to shy away from social encounters. But she was there, there to listen to my tales and to be my venting receptacle, there to watch as I paced around our living room, talking, and often yelling, myself to tears, helping me to process and move beyond. The life necessities – our home, the food she prepared, the utilities – should not go unnoticed, and I am incredibly fortunate to have spent my juvenile years in an area of the world in which I never had to wonder about my next meal or if I would happen upon a shelter from disagreeable weather. But provision alone is not how a parent distinguishes himself or herself. In our community, which is very wealthy, we were on the lower end of the economic spectrum, but we had enough, and my mother made sure that I understood that. Especially when I assimilated into the public system, she made sure to continually interweave the lessons I learned with affirmations that your social status and economic prosperity has no bearing on the condition of your heart, which is far more vital and precious in a holistically successful life. These were so amazingly timely, as I beheld much disrespect and intra-community prejudices and observed their terrible effects on young minds, and I used these as reasoning for my own resolve to excise such practices from my behavior.

When I came home from the University of Rochester in the fall of 2015, I thought my life had ended and sunk into a depressive state. I had lost all sense of identity and retained no visualization of the near or distant future. But she was there. She paid for my sessions with my invaluable counselor and didn’t charge me rent for living at home in the understanding that I was in a state of flux. She put up with the inconveniences of supporting another person in her home for longer than previously anticipated and always made sure to tell me that she welcomed my presence, even if unexpected, in the face of my worries to the contrary. She helped me, again, to process the transition to a lifestyle centered on more immediate stressors in the workforce, still enriching me with stories and wise maxims gleaned from her first occupational experiences. As an alumna of the University of Pittsburgh, she shared in my excitement at getting to see my home city on a more intimate and regular scale as I took classes in the spring and over the summer.

Soon, it came time for me to return to Rochester, and as we finished setting up my room on move-in day, I could not help a feeling of having come full-circle. Here I was again, and yes, she was still there. And so I told her, “Thank you for not giving up on me.” Life has no soundtrack. We never see an enduring relationship dramatically portrayed in a moving montage. But her belief in my potential, her strength and purity of heart as a mother, could rival any screenplay. Hence, yes, I really did mean it, as others may have dismissed my plight as it became more and more trying, but not she. If you appreciate any aspect of my personality or how I treat people, I want you to think of my mother. Chances are, even if I learned the lesson supporting that action independently, she was the one who put me in the correct mindset to do so. She taught me to think about learning lessons in the first place, to think about how each action has the capacity to advance or set back, to uplift or to injure, to smite or to heal, and how each contributes to character.

She is still here, and I will love her until I stop breathing and never start again.