Fiction: Origin Legend of The World

Native American Origin stories have inspired this piece about the world, and how it came to be. Walk through this short journey with a lonely crab and how he brings a new beginning. 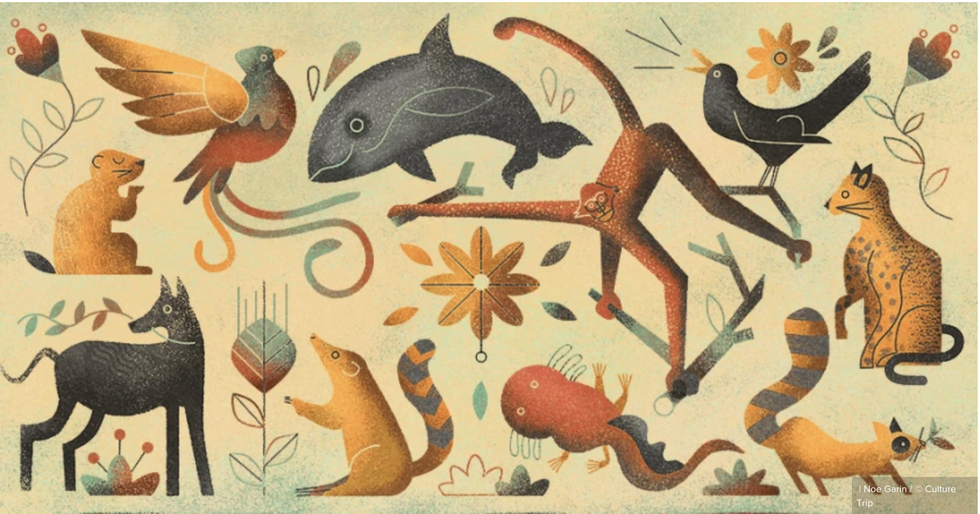 There was a crab living in the depths of the ocean floor. You could say he was the loneliest crab in the world. One day out of curiosity, the bright red crab crawls out of the ocean floor and steps onto the rocky land. For miles and miles away, there was no sign of life. No greenery, no animals, absolutely nothing. The crab was skeptical about the journey ahead, but his curiosity up and stumbled upon an oddly shaped rock. Afraid of a disaster, the crab did not touch the rock, instead, he analyzed the detail on it. After a few minutes, the crab realized it was an egg and an oddly placed egg for sure. The crab checked east and west for miles on end to find the owner, but alas there was no one. He changed direction and crawled north/south for hours, and yet there was no life to claim this egg.

There was still no answer to the call. The sun began to fade away into the ocean, and the crab has given up to find the owner of the misplaced egg. He had settled it down in a dark cave and began to continue his way home. The crab continued walking when brisk winds flew through his shell, sending shivers through his body. The crab felt guilty for leaving the lonely egg by itself, as he knew the feeling of loneliness all too well. He went back to the dark and cool cave to retrieve the egg and placed it on its shell, carrying it back to his ocean home. He cradled it with the little seaweed he had left and had fallen fast asleep as the moon began to rise.

The sun shone brightly that morning, the rays piercing the ocean bed. The crab awoke to the sunlight and had gone to check on the egg, only to notice it had gone missing. In a panic, the crab swims throughout his little home, only to find nothing. He immediately crawls out the ocean and onto the land. At the shoreline of the sea, he finds a broken shell piece and again finds another. The crab followed the trail of broken shell pieces to the original spot where the egg stood. He takes a peek inside the last shell and is found disappointing.

"Haha silly crab, over here!". He turns his attention to the sweet voice of an angel. Behind the green-like angel was a fully bloomed tree with luscious fruits to bare. The crab had seen nothing of this anomaly before and shrunk his being. The green angel laughed a sweet laugh and smiled, picking up the crab from the rocky ground.

Little crab, you are the sweetest crab. You had given me warmth and shelter from the cold world. I thank you-", as the words continued from her mouth, the grass grew, plants of all types blossomed, and everything had become beautiful. "Because of your sincerity little crab, I shall grant you one wish". She placed the crab on the ground and awaited his response.

He had thought for a while and said, "I would like some friends, Angel. I am very lonely", he said sadly. The angel listened and granted his wish. In no time, six different animals appeared in front of the crab: a horse, a mouse, a chick, a cat, a rabbit, and a tiger.

"I have granted your wish little crab, now you and your new friends must protect this Newfoundland and help it grow into majestic beauty". The animals had agreed and the green angel disappeared into a mist of thin air. This is the origin of the world and its protectors.

Disclaimer: This is a work of fiction. Names, characters, businesses, places, events, and incidents are either the products of the author's imagination or used in a fictitious manner. Any resemblance to actual persons, living or dead, or actual events is purely coincidental.