An Open Letter To My Friends Supporting Donald Trump
Odyssey

An Open Letter To My Friends Supporting Donald Trump

It's not just about opinions anymore. 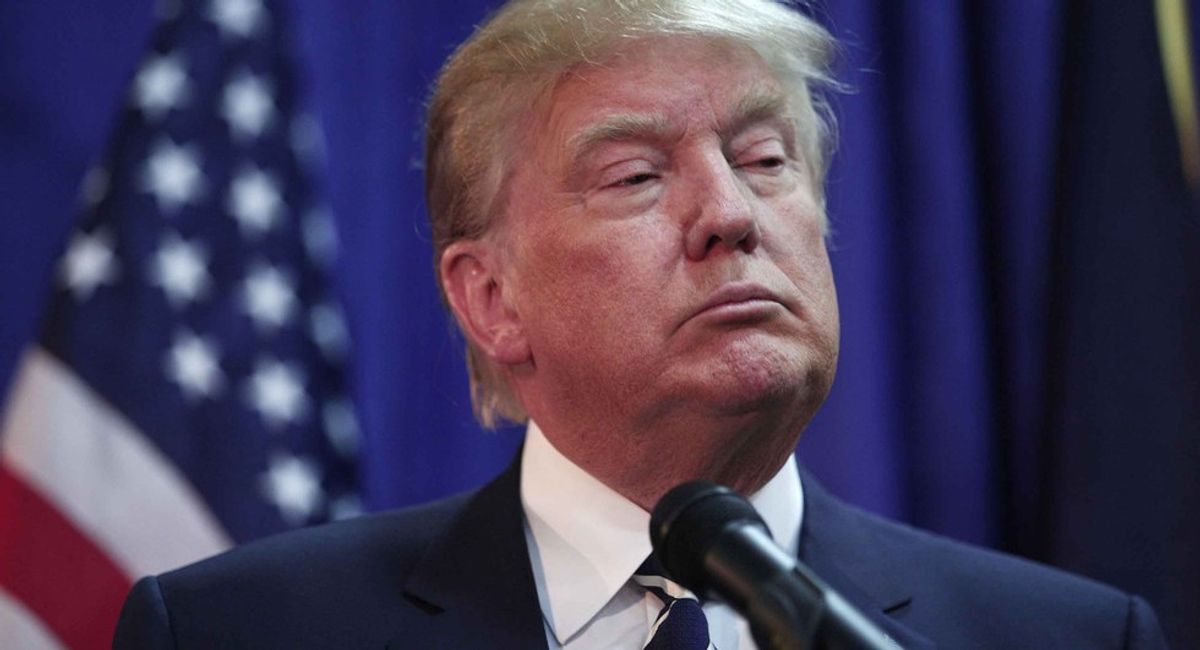 Look, I can understand a difference in political views and ideology. I can understand Republican, Democrat, liberal and conservative. But I can't understand why anyone with a moral compass would support a hateful, sexist, racist, ignorant person like Donald Trump for president of the United States.

This isn't about ideological differences. I'm not writing this to criticize Trump's tax plan or stance on climate change. This is a man who is fundamentally unfit to be president. His personality says it all: he's a bigot, a demagogue, a narcissist, a bully, a man of the lowest moral character. He has absolutely no experience as a public servant. He's got a lengthy private record of bankruptcies. He has the endorsement of David Duke, a former leader of America's most prolific hate group. He praised one of the most vile dictators of the 20th century. Instead of comforting the grieving parents of a fallen soldier, he directed racist comments toward them. He even suggested the assassination of his opponent. The list goes on and on. Trump has said so many asinine things throughout his campaign, each one worse than the last. It's almost like we've been desensitized to them.

But I'm not writing this just to bash Trump. I have some questions for you.

How do you support him? Are you a hateful, sexist, racist, ignorant person as well? Do you like him because he tells the truth? Do you see him in such a positive light because he's unbound by political correctness? You know, just because Trump says something doesn't make it true. He can say whatever he wants and can get away with it because he has so much influence. He has used the fear mongering he incites in immigrants to fuel his campaign, and he has truly created a monster.

Have you not already see the kind of dangerous leader Trump will be? Without even taking the presidency, he's corrupted the minds of his supporters. They are angry, and their anger is infectious. They love violence at his rallies and chant things like "light the motherf**ker on fire" when a protester is kicked out. Do you condone physically threatening and shouting obscenities at people who don't agree with you? Trump has empowered casual racists and white supremacists from coast to coast. Even if he were to reverse his entire platform if elected, the damage is done. He will still be the man who kicked off his campaign calling all Mexicans "rapists" and "thugs," and called for a complete ban on Muslim travel. How can you so ardently deny that he isn't racist when white nationalist parties like the KKK and the American Nazi Party practically drool over him?

What do you think it means when Trump says he'll "make America great again?" Will he really do that? Isn't America already a pretty great place to live? Or is he just going to make America white again? Do you want to live in a country where blacks have to worry about getting ambushed and lynched, where LGBTQIA+ people have to hide in fear, where a woman's only job is in the house, where the government fuels sentiments directed against people of different faiths and belief systems? Is this honestly the kind of country you'd like to live in?

Do you really not like the Democrats that much? You're allowed to dislike Hillary Clinton. We've disagreed with her before and we'll keep on disagreeing with her. Many of Clinton's policies are certainly questionable, but she is an experienced politician. Do you really think that a vote for Trump will improve anything? You may think Clinton is corrupt, but voting for Trump does not absolve any of that corruption. In fact, it will likely make things a thousand times worse. Trump isn't really the establishment-fighting candidate you may think he is. He is a billionaire, after all. He is part of the one-percent. He made his wealth off the exploitation of working people. He preys on your fears and prejudices. He is the exact person you do not want to elect.

If you're a friend of mine who supports Trump, feel free to unfriend me. Not only from social media, but from real life. You might tell me I'm "immature" or "intolerant of other opinions." I can agree to disagree on political views and many other topics, but racism isn't one of them. Neither is sexism, hatred, bullying, or judging a person based on their appearance, ability, sexual orientation, or religion.

Finally, I'm sorry. I'm sorry that you are conditioned to believe that this type of hatred and bigotry is okay in any way, shape, or form. I'm sorry that you were conditioned to believe that you deserve better treatment than someone whose skin is a different color than yours, who speaks another language, or who worships a different deity than you. This type of thinking is detrimental to America's progress. Don't let the progress we've made thus far be halted.