Finding new ways to bring life back to Olympic venues after the Olympics are over. 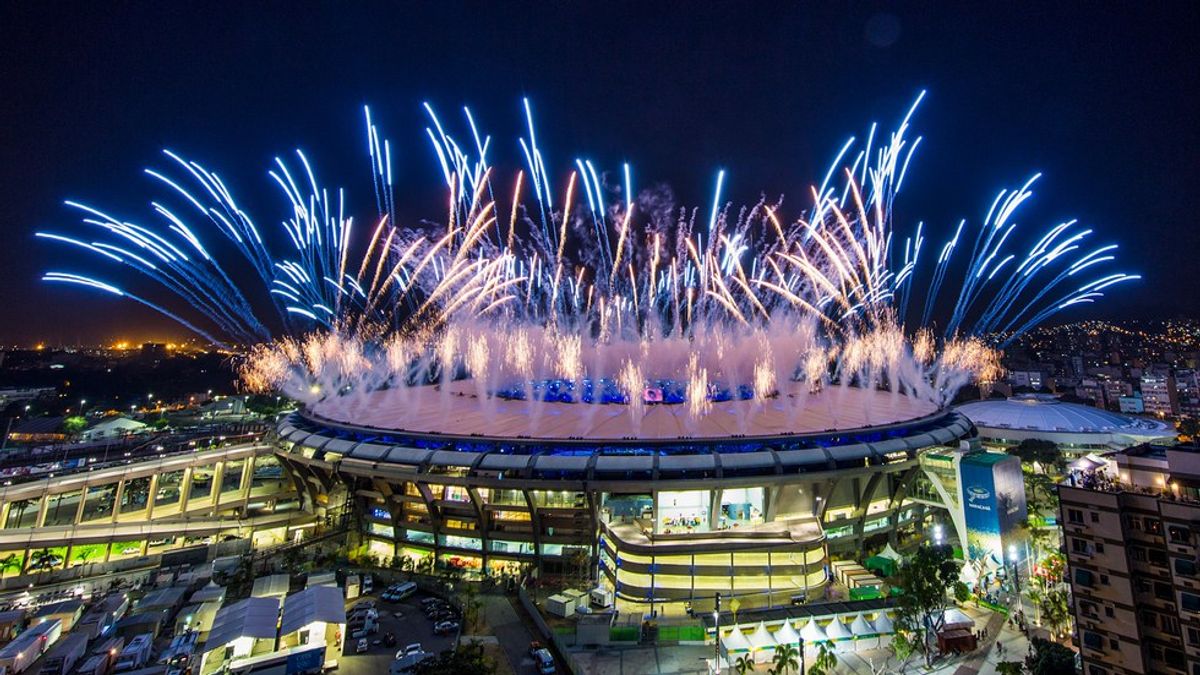 With the Olympics now said and done in Rio de Janeiro, there's only one question left to ask: now what?

Now I know this may seem like a silly question, of course athletes are either going to call it quits and retire or pick themselves up and get ready for Tokyo while viewers and fans wait around for the 2018 Pyeongchang winter Olympics, but what about the venues? What will happen to all those massive stadiums? The pools, the tracks, the hastily constructed living quarters, what will happen to them?

Looking at past Olympic venues, quite a few of them go to waste, which makes sense. What's the point in keeping up something that's no longer being used? While impressive looking, not everyone is jumping up out of their seats to try out the death-defying ski jump, and while fun to watch, sports like beach-volleyball aren't nearly as well followed as sports like soccer when the Olympics aren't on. Mascots like the ones from Beijing obviously lose their relevance, and less and less tourists come to visit them with each receding year. So what happens? Well in the case of Athens and many bobsled tracks and ski jumps, the structures are left on their own for nature and time to tear them apart. As a matter of fact, Athen's venues began falling apart a mere eight years after their Olympics was held, and by the looks of how the Sarajevo 1984 and Berlin 1936 venues are holding up, if these buildings are left abandoned they will eventually turn into large, empty concrete graves of the games they once held.

Luckily enough, there are certain spaces that can be re-purposed into something that can be continuously used. Swimming arenas have easily become public pools, with Beijing even turning their Water Cube into a water park. Athletes' housing has been turned into apartments and sold off in record time in Beijing, and used as government housing in Sochi. National Stadiums are turned into soccer fields, as with Vancouver's BC Place, and Rio is even planning on turning one of its stadiums into a school.

But still, that doesn't help the fact that in Rio alone, around 60,000 people lost their homes in order to make way for these pretty impermanent venues. The Olympic games last for about two weeks, these people's homes are lost forever. Rio, just like Beijing, London, and just about every other city the Olympics has been held at, is a large city boasting a population of around 6.32 million people. With lots of people, often comes cramped living quarters, meaning that unless people are moved, there's going to be no place for any of these venues. So, what does the city do? They kick everyone in that area out, in some cases they'll offer money for the lost houses, and even replacement housing, but this is a problem that money cannot fix. By kicking these people out, they are not only losing their homes that may have been in their families for multiple generations, as in the case with the favelas in Rio, they are also losing their communities. So much of community is based on location, on physically seeing these people every day as you take a walk down the street, the music and sounds contributed by each individual, the people you wave hi to every time you meet at the grocery store, and without these physical constructions of favelas, apartments, houses, whatever it is getting torn down, the relations are destroyed. Relations that can't be rekindled through social media, or uprooting oneself to the other side of town. Relations that are unique and special to that one community; because it has history, it has memories, it has people, it has importance.

The worst part is, the people who are getting kicked out, the people who have lost their homes to this "Global Festival", don't even really get the chance to enjoy it. They could be living right across the street, have sacrificed their home and the community that they love for these games, and still, they don't even get to attend, because quite frankly, they can't afford it. These venues have been put up in places where the working class lives, where their minimum wage is $228 a month and a pass to the Olympics cost $450 a day. For a group of people who have sacrificed so much in the name of the Olympics games, it's a shame that none of them can attend.

On top of all this, there's also a certain amount of financial ruin that comes along with building all this. For each games, the IOC sets up guidelines that the city must follow in order to qualify as a host. Therefore, naturally wanting to show their city off, these guidelines are not just followed but way over done in order to pull off an exceedingly extravagant Olympic games. But, as shown on NPR, this doesn't exactly pay off, as a matter of fact, these cities are spending so much money, the money they do make back from hosting it all barely turns any profit. Yes, it's all fun and games, and obviously a great honor to host these games, but is it really worth it? Is it really worth putting in all this effort and money for stadiums that are only going to receive a few weeks of fame? And what about the living quarters? I mean just look at the Sochi and Rio Olympics, they were struggling up and into the games in order to pull that housing together, and still, even during the games were things falling apart.

The Olympics are fun, but at the same time, we need to start thinking about making it more sustainable. I mean it can't be good for the environment to be constantly building these one and done sports attractions all the time. So here's an idea: there are five Olympic rings, one for each continent plus Australia. Let's build one, reusable arena in each continent and rotate them out. Let Asia, Europe, and North America work on the Winter Olympics and South America, Africa, and Australia do Summer. We could even do the city-hosting thing by just hosting the opening and closing ceremonies there, along with whatever events that stadium is good for and send everything else to the continent venue. Or we could go back to some of these older stadiums, give them an update and put them to use. Because let's face it: abandoned stadiums are sad, so let's get some use out of them.