Why Do Olympians Bite Their Medals 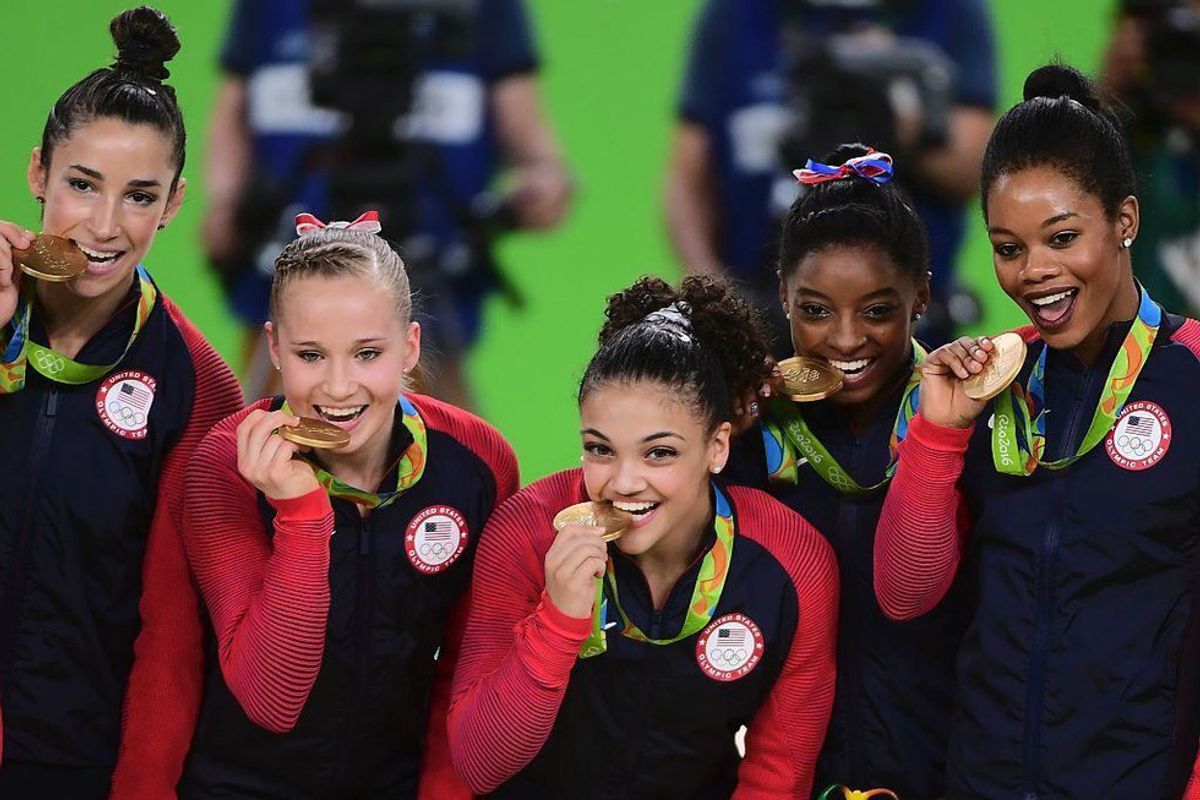 After every Olympians mighty finish it seems that somehow, almost instantly, there is a picture quickly circulating on social media of them pretending to take a chomp into their medal. Why?

Perhaps the medals are secretly chocolate coins that are great for a victory snack? Maybe all Olympians have weird teething problems? Or maybe biting an object has replaced the sassy hand on hip as the go to photo pose to make you look slimmer. As entertaining as it was to come up with possible reasons for this popular pose that has been increasingly popular during the Rio Olympics, more than any other year prior, I finally researched the real reason.

I don't know if you ever imagined how you would pose if you won an Olympic medal, but when you stop and think about there is a lack of cool poses that feature your medal prominently. The biting pose has become increasingly popular because photographers are always in a frenzy to get this classic shot of the athlete. This pose has become such a staple and are normally featured all over the media making them an excellent shot to sell.

The idea of biting the medal originated back in the olden days when coins were actually made of pure gold. The act of biting the gold was a test to make sure you weren't getting cheated since gold with very soft and would easily give way if you were to chomp down on it. The Olympic medals haven't been composed of gold since the 1912 Olympic games and the medals were much smaller in size. Today, the medals are predominately sterling silver with a gold finish.

So although I wish that the medals aren't solid gold, and the pose is really just something the media adores, just think where we would be today without it. I mean, if Olympians didn't bite their medals we would have never gotten to see Ryan Lochte's "grill" and that just would have been a shame -- am I right?