New Year's Resolutions For The Chicago Blackhawks
Odyssey
CurrentlySwoonLifestyleHealth & WellnessStudent LifeContent InspirationEntertainmentPolitics and ActivismSportsAdulting
About usAdvertiseTermsPrivacyDMCAContact us
® 2023 ODYSSEY
Welcome back
Sign in to comment to your favorite stories, participate in your community and interact with your friends
or
LOG IN WITH FACEBOOK
No account? Create one
Start writing a post
Sports 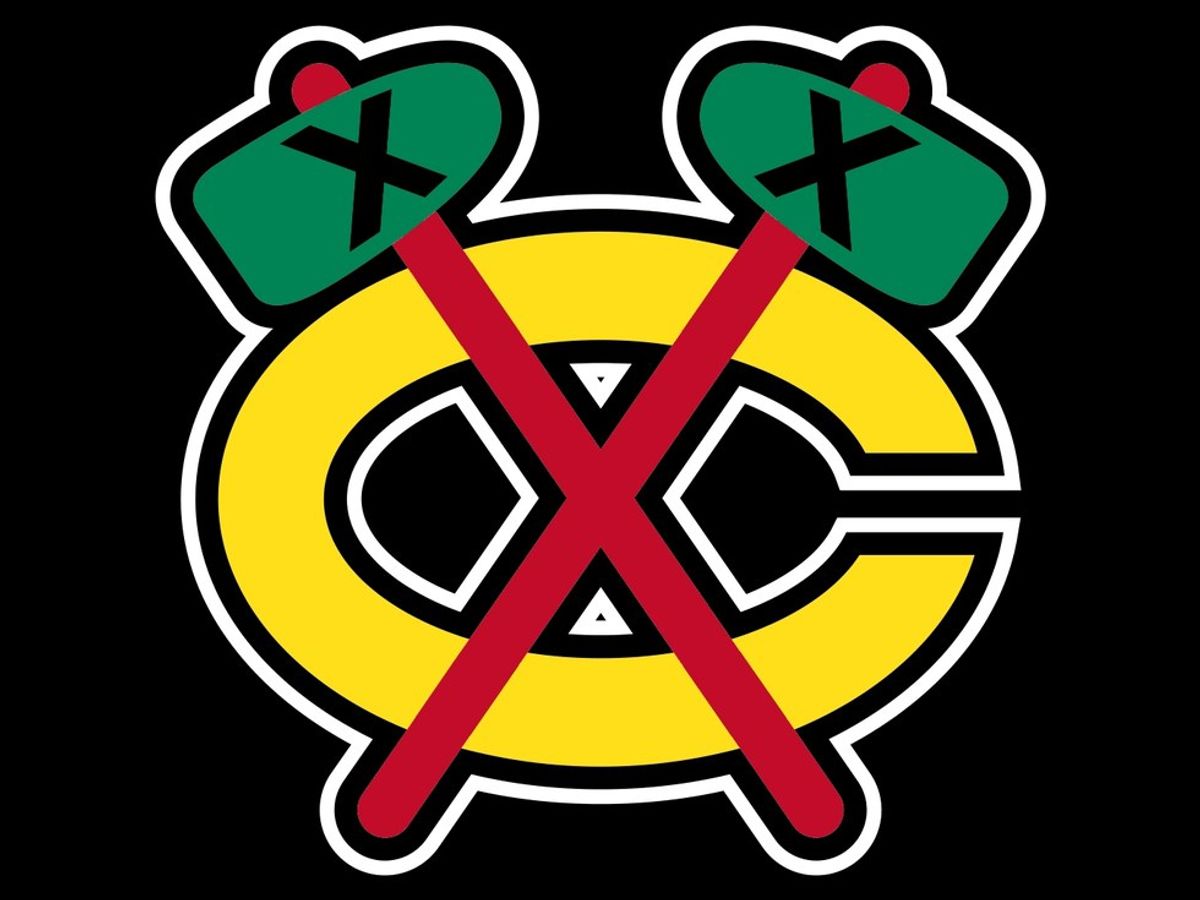 New Year’s resolutions are a great idea. It’s a way to try and better yourself by making either minor or major changes to your daily life. The problem is, I have trouble keeping my resolutions, and have given up on even making them. So I came up with some resolutions for something far more important, the Chicago Blackhawks. This year has been a pretty good one for the Hawks, but I believe it can be even better with these few changes.

The roster and lines of the Chicago Blackhawks this year have been anything but static. The main issue on the team is filling the hole at left wing on the first line that was created by the Brandon Saad trade. Seemingly every winger except for Panarin and Kane have been placed on that line for at least one game. Recently Teuvo Teravainen has been playing up on that line, and he seems to be the best fit. In nine games playing with Toews this year, he has four goals and seven assists, and will only get better with having consistent line mates. This should also help spur Toews and Hossa to put the puck in the net more which they have both been struggling a fair amount to do. I think that consistency on all the lines will help the players build chemistry which is clearly lacking.

The recent success of the Blackhawks has in large part been due to the ability of the bottom two lines to produce goals. This year though, there has been one consistent line on the team. The Panarin and Kane line centered by Anisimov has been able to score at will and has largely kept this team afloat. The other lines have begun to produce some goals, with Shaw heating up, along with the first line starting to put together some goals as they have had consistency on their line. Hossa should start scoring goals any time now, he has been plagued by bad luck with a shooting percentage in the single digits. I think if Q can keep the lines constant we should start to see the depth scoring we have come to expect from this team.

Crawford has always struggled to earn the respect of which a two-time Stanley Cup champion deserves, and is often complained about by many Hawks fans. But, Crawford always seems to play his best when we need him the most, like the playoffs. He has always been able to make fantastic saves, but sometimes lets in some easy goals which many people think he should make. But recently, he has been on a hot streak. He posted two shutouts in a row, and then posted another one two games later for three, in four games. He has kept the Hawks in many games which we very easily could have lost by making all of the routine saves, along with the some spectacular ones. When interviewed about this, Crow just claims that he has been really focused out on the ice and has been able to concentrate for the full 60 minutes. Let’s hope that Corey can continue this Vezina Trophy worthy play for the rest of the season and deep into the post season.

The Hawks just recently parted with defenseman Trevor Daley in a trade with Pittsburgh which gave us Rob Scuderi. Daley didn’t seem to be fitting in to the defensive scheme of Joel Quenneville and was struggling to produce offensively which was what he has made his career out of. Rumor has it that he also requested a trade as he didn’t believe he was being utilized to his full ability as he saw a big decrease in ice time from last year. But, regardless, now we are stuck watching our geriatric third defense paring of Scuderi (36) and Rosival (37). Along with this being probably the oldest defense pairing in the NHL, it may also be the slowest paring. The deal has given us another million dollars in cap space as the Penguins retained part of Scuderi’s salary. Marcus Krueger has unfortunately been placed on long term injury reserve, but that also frees up his cap hit. This leaves the Hawks with considerable room to acquire another defensemen. We need a true second line defenseman because although TVR has shown significant growth I still don’t think he is ready for second pairing minutes. I think this team could go from good to great with the addition of a true second pairing blue liner.

The Blackhawks Jonathon Toews is known for being a great, disciplined, two-way player. He still has shown his signature two-way play, but has been struggling a bit on offense. I am not worried about that though, as he will continue to produce chances and the puck will have to start finding the net at some point. What is a little worrisome is his adoption of the goon role. Toews appears to be more excitable this year and has found himself in an unusual number of fights. Although the occasional fight to try and get your team going (as seen in the New Jersey game) may be necessary, it may be nice if someone like Andrew Shaw (the team fire plug) got into these fights. He has also been more easily aggravated, as he allowed the pesky Ryan Kesler to get to him but the refs wouldn’t allow the two to fight. Toews is an incredibly valuable player and can’t be spending five minutes a game in the box. He just seems a little angrier this year, and I believe he needs to return to his level-headed self in order to be the most effective player for this team.