A New Armed American Revolution: Could It Happen Soon?
Odyssey

A New Armed American Revolution: Could It Happen Soon?

Could the United States really see a coup d'état in the recent future? 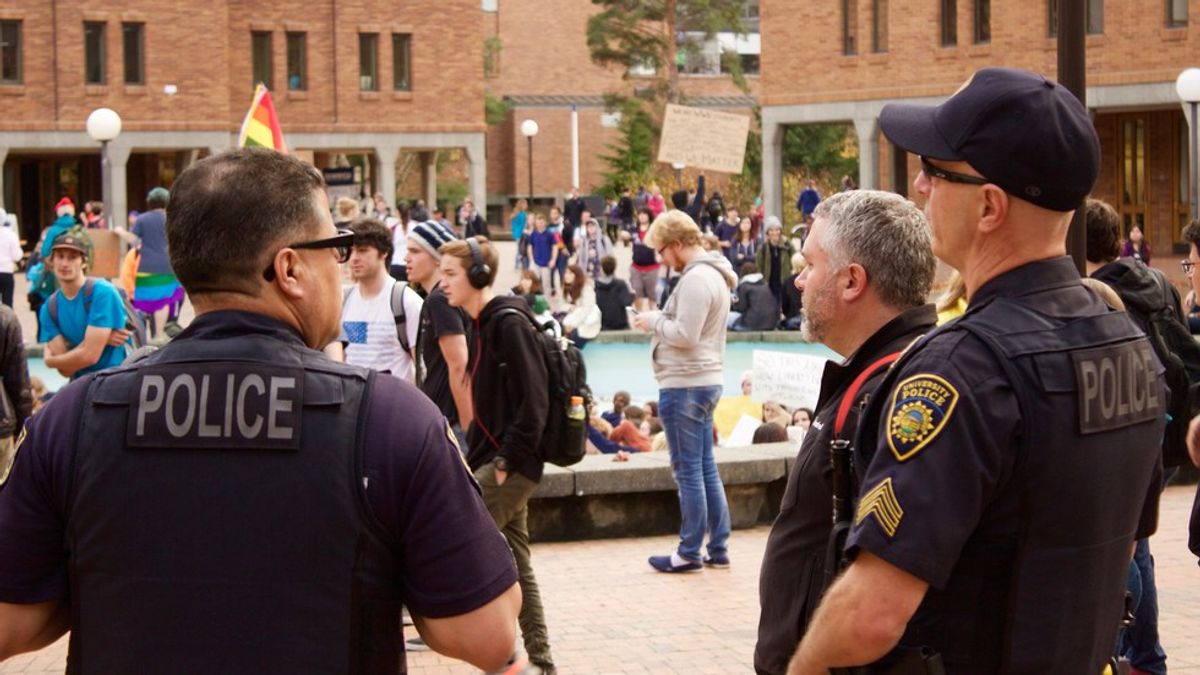 There has been a lot of recent tension in the United States, from and inside both left and right wings, stemming from Trump’s inauguration and executive orders implemented during his first week in office. Although completely hypothetical, there are conversations starting about whether or not a coup d'état is coming, or rather, if it is even possible. No one ever really considers this a possibility, because armed revolutions are a thing of the past, right? Isn’t the U.S. too big to fall? I took some time in the past week to research this, and I’ve come to the conclusion that a coup is not likely, though it is interesting to visualize it.

First, let’s define right now what I mean by the term “coup d'état.” From this point on, when I mention the term “coup,” I mean specifically an armed revolution, which overthrows a regime. Although there have been “revolutions” within nations, and many are done nonviolently (Civil Rights Movement, women’s suffrage, etc.), overthrowing a government as large (and as militarized) as the United States government would require acts of violence.

Taking a step back, there are other things to consider. First, we must consider the fact that almost every American has been raised with certain values, the most important two being patriotism and pacifism. Children in the U.S. are taught the amazing story of the Americans’ liberalization from Great Britain and are repeatedly told that their country is great, because it is free. We have already committed our great act of rebellion, and so it does not make sense to rebel again. They are also taught that violence is never the answer, and that peace will somehow lead them to victory.

This love for pacifism is seen in Americans from time to time. An example of which is seen in recent protests of the Alt-Right and Nationalist movements, specifically an anti-fascist punching Alt-Right leader Richard Spencer in the face. Many people have condemned the action, stating that it is not OK to punch anyone, even someone with violent ideologies. If the act of punching a white nationalist is too violent for many (liberal) Americans, then arming against a government is definitely an unlikely action.

A civil war between the left and right political wings in the United States is definitively not possible, because of the anti-gun, anti-violence ideology of the moderate-left (minorities are now arming themselves due to a Trump administration, but mostly to protect themselves against hate crimes). Conservatives love guns and gun culture; they take pride in their weapons. Liberals (central-leftists), on the other hand, do not condone uncivil rebellion of any kind, including violence and destruction of property. Unless a majority of the left suddenly became pro-guns and armed themselves, a revolutionary war of liberals vs. conservatives would simply not be fair, therefore it is not viable.

The only possible coup d'état in the United States we could see is one of the people (a very large majority, at least), the government, and most importantly, the military.

For this armed revolution to happen, a few events must occur. First, conservatives and liberals would need to unite under the cause that this fascist must be stopped. For this to happen, the president would need to do something drastic that only a miniscule minority of citizens would approve of (ethnic cleansing, nuclear war, etc). This regime would need to face large-scale opposition from the citizens, select members of the government, and most importantly, the military. For simplicity's sake, let’s say the authority the masses are opposed to is the president (let’s call him President Terry), and the few that follow him are members from his cabinet, the VP, and some citizens that still support him. Let’s also say President Terry has a vast amount of wealth and is able to hire his own mercenaries to fight and protect him. These are the only circumstances that a coup d'état would occur against the executive branch, because without an armed force to protect himself, Terry would simply allow himself to become impeached.

If Terry would simply not leave, and he found himself in the protection of say, the loyalty of the Secret Service, select members of the military and his own personal small army, then we would have what no one in our lifetime has seen before: An armed revolution.

After Terry was either assassinated or taken into custody by the new government, there would be a time of chaos; the new United States of America would be in an awkward situation. Do they return to the old system? And if so, who would lead the country in the new executive branch? This new country would need to be careful, because after coups, there can be new authoritarian regimes put in place that also do not serve the majority’s interests.

Coups tend to have a an almost evenly split 50/50 chance (48%) of being successful. Not only is an attempt to overthrow the government unlikely, it’s also not guaranteed that an armed revolution will even be successful.

This is all hypothetical. This will probably never happen. No one ever actually thinks about another American revolution occurring in the 21st century, but it’s fun to think about, right?