How Netflix Binges Can Repair Your Relationship

How Netflix Binges Can Repair Your Relationship

Could watching a show together be the secret to saving your marriage? 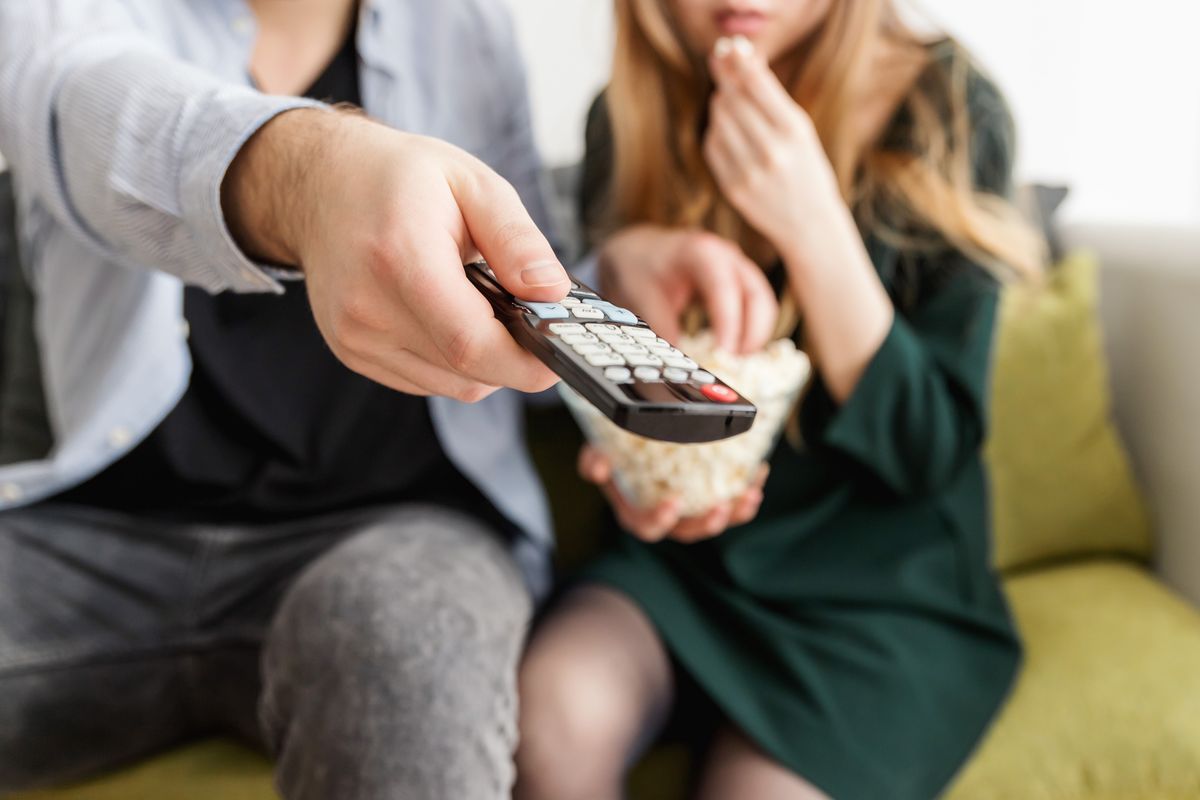 When my husband and I were first dating, I got him hooked on the reality TV show Survivor, then in its first season. We planned our weeks around it, never missing an episode.

Some of the most memorable moments of our relationship are bound up with that show. The last night I spent in my nearly-empty apartment before we moved in together, we took a break from packing to watch Survivor and eat sushi while sitting on the floor, swigging ice-cold beers. And the night I came home from work utterly exhausted and took a pregnancy test just for kicks, we watched in disbelief as two pink lines appeared, stared at each other wide-eyed, then agreed to watch the new episode of Survivor before we talked about it.

In later years, we got caught up in the show Lost, and I can track our relationship by how we watched: with a nursing baby curled up in my arms; amid the remains of my 30th birthday party eating leftover cake; in our Brooklyn apartment, after moving thousands of miles away from our families, sitting on the sofa the movers had just delivered that day, glad for something familiar on the screen when everything felt new and scary.

Turns out, it’s not so strange that these shows provided an important point of connection in my marriage. A study headed up by psychologist Sarah Gomillion and published in the Journal of Social and Personal Relationships concluded that watching TV together has real benefits for couples, especially when juggling careers, kids, friends, aging parents, and other priorities seems to pull partners in different directions. “When watching a favorite show together, couples can enter a new fictional world, creating a shared social experience that brings partners closer,” Gomillion writes in Scientific Am Scientific American.

Ideally, says Gomillion, new romantic partners cement their bond by sharing their real lives – getting to know each other’s friends, families, and co-workers, merging social networks, and making new, mutual friends. Gomillion calls this process “expanding the self” to make room for your partner and form a shared identity. This is how couples go from a “you and me” to a “we.” She explains that sharing social connections “makes couples feel closer and more satisfied with their relationships…Couples with more shared social connections are less likely to break up over time than couples with fewer shared connections.”

However, when life makes it difficult to fully merge your worlds, such as in a long-distance relationship, or when your schedules conflict, preventing you from joining each other’s family and social events, watching a show together might not be such a bad substitute.

Okay, so your shared passion for Game of Thrones or The Good Place might give you and your SO something to talk about and bond over when things are going well between you – but could you could actually mend a broken relationship by watching TV together? Sure, my husband and I had good times watching Survivor and Lost, but it didn’t divorce-proof our marriage: he’s now my ex-husband. If you’re not feeling great about your relationship, then a night of “Netflix and chill” with your partner may not sound so appealing.

Forget the “chill” part, however, and it seems that bingeing on some Netflix could actually help keep your marriage together. Researchers at the University of Rochester assigned couples to watch a relationship-themed movie and talk about it afterward, and found that, over a period of three years, watching and discussing movies was just as effective as clinical intervention in preventing divorce.

What’s not clear, however, is whether sharing other types of activities might be just as effective as binge-watching TV shows and movies. “Sharing video games or sports-viewing as a couple might have a different impact because it allows couples to engage in a more active shared experience,” Gomillion writes in Scientific American. She says the research also didn’t pin down whether couples actually need to talk about what they’re watching, or whether they can simply watch side-by-side and not engage with each other and still get the benefits of shared viewing.

When I was younger, going to the movies together was the de rigueur first-date activity. These days though, it’s usually drinks, followed by dinner if drinks went well. But maybe we should go back to that first-date movie tradition and get things started off on the right foot. In their research, psychologists found that shared media viewing is especially helpful for couples who don’t have mutual friends with their partners – which is more often the case with new couples who haven’t “expanded the self” yet to include each other in a shared world.

As for those of us who are already in a relationship that could use a little help – although researchers don’t have all the answers yet, some couples therapists have already started recommending that their clients start watching shows and movies together in order to improve their union. It might not fix everything, but what’s the harm in trying? Gomillion calls mutual viewing “one tool couples use to connect and to navigate challenges in their relationships,” and hypothesizes that it really does seem to bring people closer together.

So, next time you and your partner are feeling disconnected, or on the verge of launching into another fight you’ve had 37 times already, maybe pop some popcorn and fire up the new season of Jessica Jones. After all, it’s cheaper than couples counseling – and it might work just as well.

This story originally appeared on SHE'SAID', a global women's lifestyle website, and was written by Elizabeth Laura Nelson.

Liz lives in Brooklyn with two daughters, occasional mice and innumerable to-do lists. She runs a nine-minute mile, bakes a mean chocolate chip cookie, and can always be persuaded to sing at a karaoke bar.