Coach Popovich would love this, or should I say Mr. Ratburn!!! 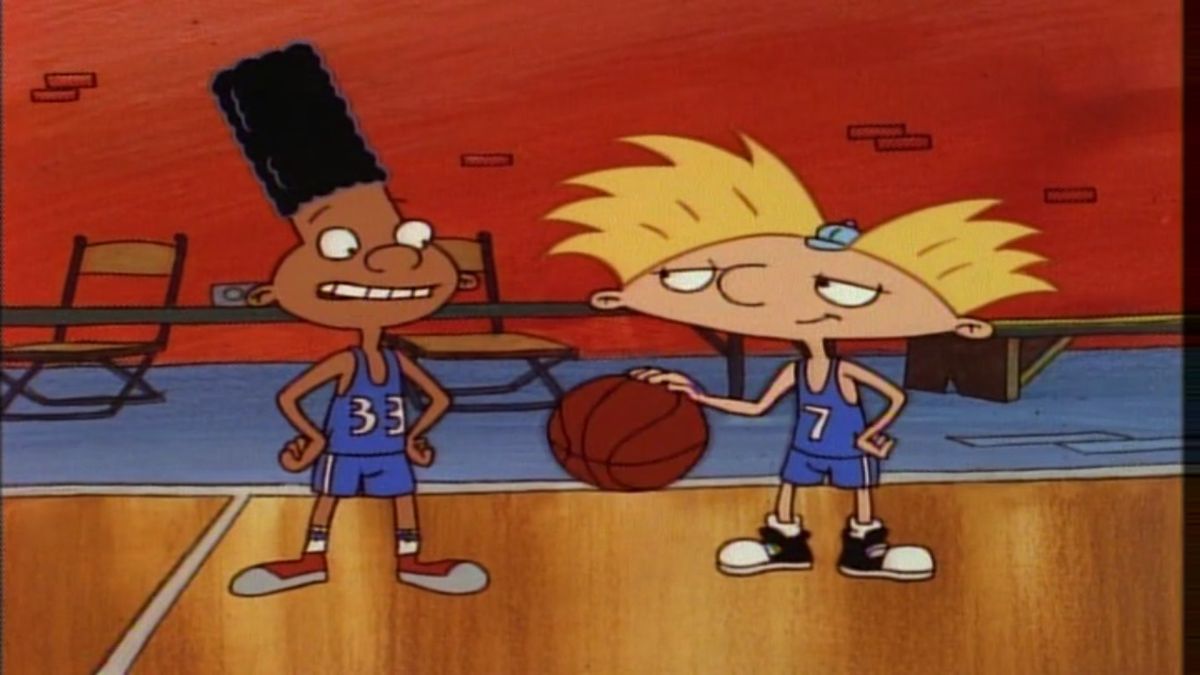 LaMarcus Aldridge: Corey "in the House"

After years on top, a multi-decade dynasty of five NBA championships, Tim Duncan, David Robinson, a glorious run, San Antonio is left with LaMarcus Aldridge. Still solid, but man, you miss those old days. That's kind of how "Corey in the House" was after "That's So Raven".

"Everybody Eats" is his motto for the Washington Wizards. SpongeBob gets this selfless mentality and how it is a success-driver.

The powerful bad guy we all love to hate; there wouldn't be a plot without them. Don't forget their co-conspirators Kevin Durant and that cross-dressing lobster.

Hey, it's these two! They got a dope thing going but mostly whatever.

He lives in Miami, is named Goran Dragic, and is what I would describe as creepy-handsome. Like Gibby, I can't begin to conjure up what his life might be like when he's not on-screen.

As evidenced by some recent Instagram shade-tossin', Andre's got a hot take for every situation.

Though marquee characters, everybody sort of hates Angelica/Durantula because they do shitty things to get what they want. Hate on haters; they basically have final say on all decisions and run the show.

Joel is just about as muscly and badass as Jorgen Von Strangle, and also shares his propensity for some silliness.

Great defender, great shooter–Paul George is one of the best role players in the game. "Magic School Bus" is all about role players. It certainly ain't the Carlos show, but his presence is fucking felt. And imagine how weird it would be with just Miss Frizzle, creepin' around in nostrils and shit.

He's a dickhead, just joyfully trolling and fucking up people's days–but also funny, so you sort of like him.

The Beard is probably the best player in the NBA right now and for that reason, I am giving him the title of He-Man, Eternia's Greatest Champion, Master of the Universe.

Kyrie Irving is the "Otto" of the Celtics, but don't sleep on their Twister. Woogitty, Woogitty.

A love for science unites them! Bill is in the round-Earth camp and Kyrie is in the flat-Earth camp of a debate which will probably never be settled.

He wants to be the very best, like no one ever was, and is still out there traveling across "the Land" to prove that he can be, because no one believes it yet. Jordan baby!

A handful of rap albums in the books, "Dame D.O.L.L.A." is living that best of both worlds life, ya heard?

The guy was an Indiana Hoosier and now plays for the Indiana Pacers. There's a lot of world out there Victor! It's almost as if...just kidding, Victor is from Maine and also played for Orlando, so Stoop Kid is still the verified biggest bitch of all time.

Kristaps Porzingis: that Italian guy on a Vespa from the Lizzie McGuire movie

A guy talks a little different and everyone just swoons huh? Well, I got news Lizzie: that handsome head of spaghetti isn't the answer to your coming-of-age problems, and as for you Knicks, you're still awful.

Too weird looking for me.

I don't even remember what the fuck this is, but Russ dresses pretty zany kind of like him.