Why isn't the Monday after a national holiday yet? 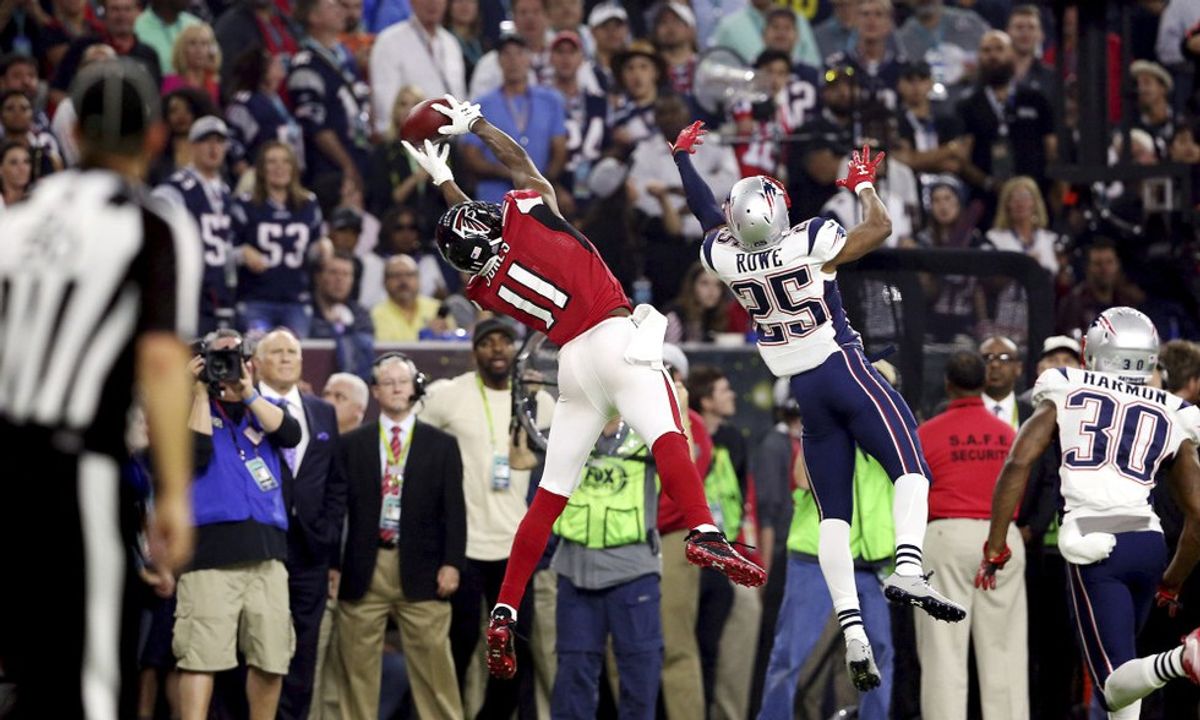 I had three exams this week (one got canceled, thank God), three exams next week, two problem sets due, and a myriad of other responsibilities I won't bore you with, but none of it mattered at 6:30 p.m. Sunday night. Come the first Saturday of February, there is only one thought that consumes the entire day of every self-respecting American.

Okay, maybe I'm hyping it up too much, but once I became a fan of the game during my freshman year of high school, I never looked back. For those of you who live under a rock, the Super Bowl is the culmination of the American football season, played by the two most accomplished teams during that year. It's the one 3.5 hour television block everyone makes time for, whether it be to watch the actual game (like normal people), to laugh at the quality advertisements (fine, I can respect that), or to see the halftime show (seriously?). But in all honesty, the Super Bowl has been steeped in American culture for decades, and it has become a tradition to host watch parties and enjoy each other's company. If not the greatest, the Super Bowl is definitely the most anticipated and publicized sporting event in the United States. And so, even though I had several other commitments that day, it was imperative that I spend 3.5 hours savoring the final game of the season.

Oddly enough, when the day finally arrived, it didn't feel like Super Bowl Sunday. Naturally, not everyone is into football on a college campus, but there was no sense of excitement or energy, none of that enthusiasm I always felt back home. And considering I had foolishly spent my entire Saturday doing virtually nothing (basically every Saturday), my stress levels had reached their peak, and I had very little time to even think about the Super Bowl.

Come 6:30, I found myself still in the basement of the library, completing practice problems for my chemistry exam. My roommate, who initially wasn't too keen on watching the game, admirably stayed and continued to study for economics, but I just had to leave and go to a viewing party. In retrospect, the difference in dynamic between being at home and in college becomes so apparent. Were I at home, I would have arrived at a friends' house at 6, and by 6:30, my eyes would already be glued to the TV screen, hungrily waiting for the first kickoff.

And yet here I was, running to my dorm, desperately trying to access a TV so I wouldn't miss anything. The first party I went to seemed to be packed and full of football fans, but as people realized all of the pizza and wings were finished, they slowly trickled out, leaving no more than five of us. Severely disappointed, and realizing I had barely eaten anything the entire day, I quickly ate at a dining hall, streaming the game on my phone. Again, as I watched, I never once felt that rush of emotion associated with every Super Bowl. I missed all the hype, all the fervor.

I ended up in a lounge that had a fancy projector, but as the game wore on and the Falcons built up a seemingly insurmountable lead, even I was forced to break out the laptop and save myself from this one-sided battle. I knew in the back of my mind that they were playing Tom Brady, and if anyone could stage a comeback, he could. It was a vain, futile hope, but I wanted something crazy to occur to make all of this worth it.

And then, miraculously, it happened.

Brady and the Patriots orchestrated perhaps the greatest comeback in Super Bowl history, outscoring the Falcons 25-7 in the second half to tie it and send the game to overtime, and winning it all with a touchdown on the first drive. By the final few minutes of the game, the lounge was packed, everyone huddling around the TV to witness the impossible. And in those moments, I finally felt the excitement, the passion I was searching for the entire night. As the final score flashed on the screen, cries of delight, anguish, and disbelief filled the room. I was saddened, not because I was completely unprepared for my exams that week, but because the Super Bowl was finally over. It reaffirmed my love for the game and forced a single thought to run through my mind as I slowly walked back to my dorm.

I can't wait for next year.