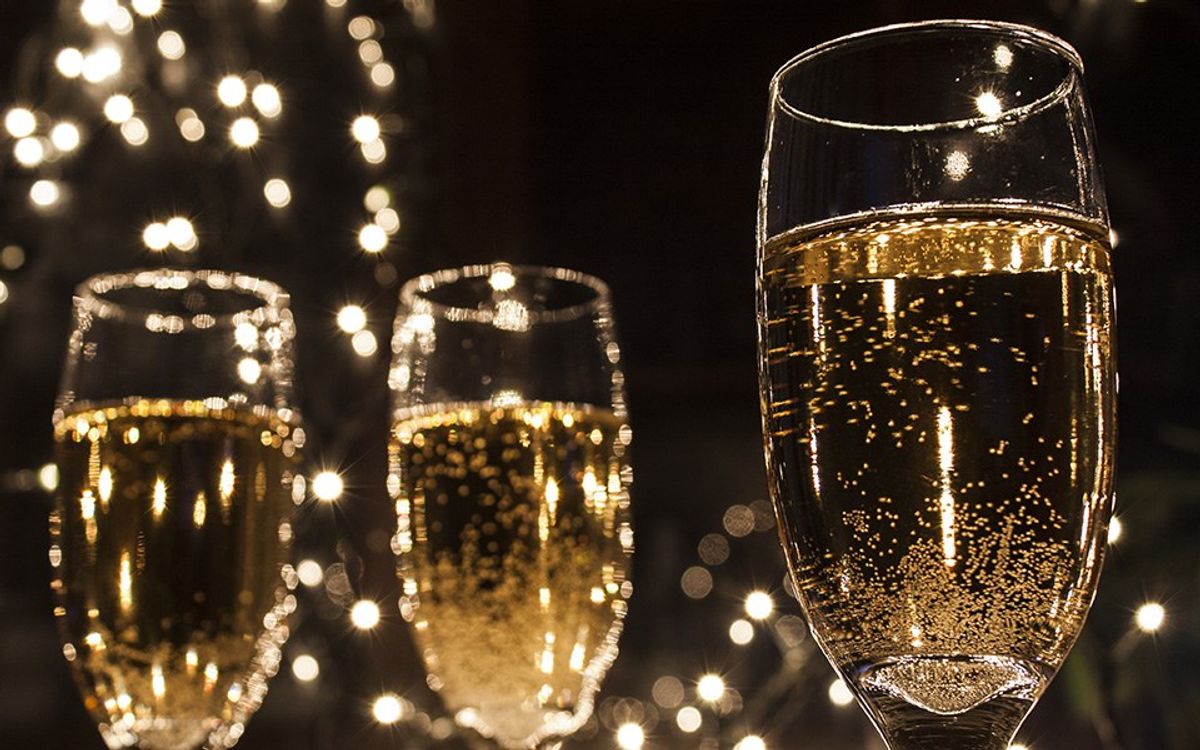 Well, it's been real, it's been fun, but it ain't been real fun 2016. This past year was a whirlwind romance for me. It started out with fireworks and hope. Yeah, some stuff had to be figured out, but once everything fell into place, it was perfect. It continued to be perfect until I realized, oh shit everything is perfect, when is it all going to fall apart? I am not pessimistic, but my sixth sense was tingling and as I predicted, around late fall life became challenging and out of control. The year ended with flames and a lot of calories in the form of Starbuck's holiday drinks. 2016 had broken up with me and kept the dog too. Fortunately, I got a new Tinder match with 2017. New year new me, right?

In order to slay 2017, I had to dig back to the dirty past. What went wrong with 2016? Well it's simple...I was a people pleaser. Whether it was the role I had or my personal need, I wanted to be the best for everyone and anyone. I was selfless and giving. Those two qualities were my demise because as much as it felt good to be good, it felt better to be bad. I began to drift and embody selfishness and sought out personal interest. I stopped saying yes to everyone. It felt empowering-I was taking time to care for myself and worry less about others. However, some people had taken notice of this change and were not shy to share their discontent. Realizing my approval rating was going south, my new found happiness began to drown. Was it too late to be selfless, did I want to be selfless? Or selfish? I didn't know. I didn't know what I wanted and I didn't know what other people wanted from me. I began to panic and WWIII began in my head. But here is the thing- in the grand scheme of it all, the world didn't change because petty me decided to have a meltdown for 3 months. Personal hiccups or not, the Earth did not stop spinning and the sun did not stop shining.

However, Trump did become president so perhaps I have some cosmic power I am just now discovering? Regardless, I came to the conclusion I was neither happy with being selfless nor selfish in 2016. What does this mean for 2017? It means, keep trying. Well I admit, that was anticlimactic, but the most mundane realizations can be the most eye opening. I had to keep trying. As a young (kinda successful, kinda just confused, and always hungry) adult I have nothing perfectly figured out. Things for me have been a great hit or a heavy miss. And instead of finding meaning in all that, maybe taking a step back and realizing I can't be just black or just white is the answer to it all. Or perhaps it's not, I have no idea.

As this is my first article, I have no idea where my writing will take me, nor do I know how my journey through 2017 will go. But if anything, 2016 shed light on the fact that having no idea what to do is perfectly okay. Every mishap, every success, and all the stuff in between will lead me a little closer to having some idea of what is going on. And the day that happens, I will have reached Nirvana or become Beyonce.