Chapman and Miller are both on the block, but which is the better acquisition at the deadline? 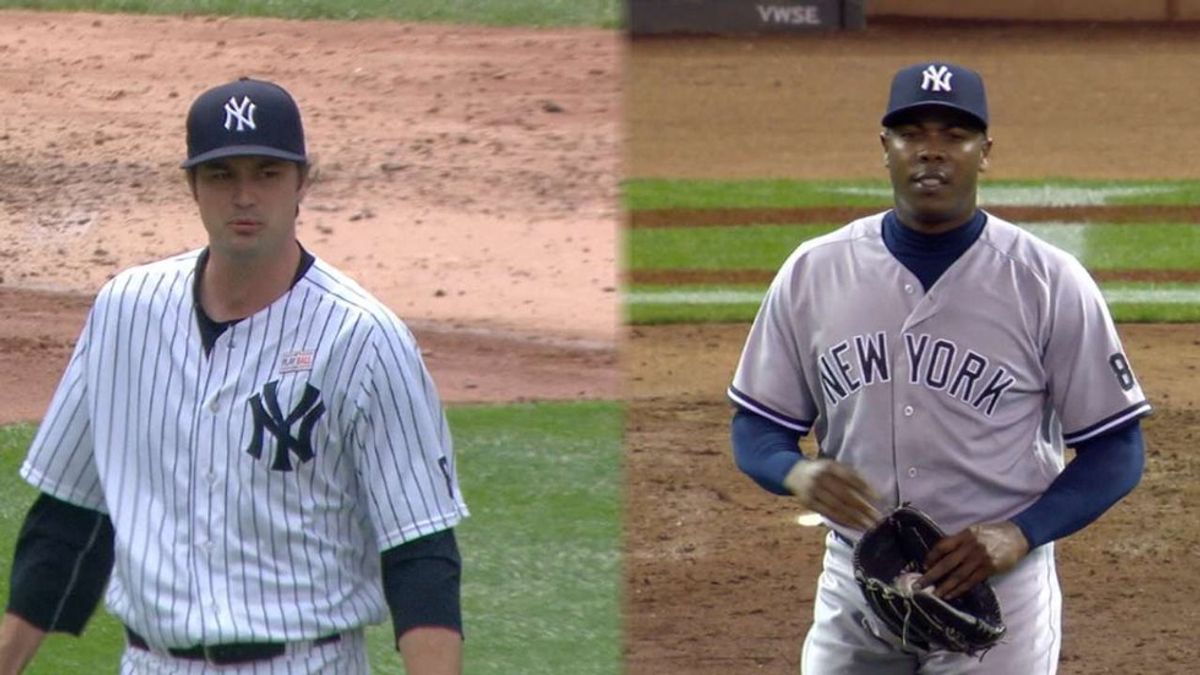 The Yankees are currently hovering right around the .500 mark on the season and sit fourth in the AL East. The Baltimore Orioles, Boston Red Sox and Toronto Blue Jays are all sitting pretty close together atop the division, so a climb to the top will not be an easy task for the Bronx Bombers. Therefore, if they wish to make the playoffs, the wild card is their most likely route to take. But once again, they face a difficult path, as there are a good handful of teams that stand between them and the second wild card.

The area the Yankees are most likely to deal from is their bullpen. They have the best endgame in baseball, boasting a trio of relievers who could close for almost any given team. Aroldis Chapman is the flame-throwing closer who was brought in during the off-season via trade. Andrew Miller is the stable force in his second season with the Yankees after helping out several other AL East teams in the years prior. And then there is Dellin Betances, the 28-year-old who is likely the Yankees' closer of the future.

Of the three, Betances is the safest bet to stay. He has three years of arbitration left, and will be the cheapest of the three. Add in he is still at a prime age, his best years are still ahead of him. He is the type of player the Yankees should be looking to add, not ship out.

Aroldis Chapman is also 28 years old. He can also throw the ball over 100 miles an hour. He has struck out 34 batters over 25 innings this season, while sporting a 2.74 ERA. Along the way he has converted 17 of 18 saves. So safe to say, he is having a solid season. So why would the Yankees consider moving such a talented piece? The main reason is he will be a free agent at the end of the season. If the Yankees hold on to him and he walks after the season, they will miss out on a serious return. Chapman would bring back a solid group of young players.

Andrew Miller is 31, and having a stellar season. Over 37 and two-thirds innings, he has 67 strikeouts, and ERA of 1.43 and a WHIP of .66. Add in seven saves in eight attempts, and Miller is having one of his best seasons. On top of all that, he has two years of control left on his deal. The reason the Yankees would consider moving him would be that his two years of control paired with his production will fetch a nice price.

As for the Yankees, I would be trying to push Miller on the trade market, while holding on to Chapman. A talent like Chapman does not come around very often, as he can hit 100 mph with ease. How many names over the history of the game can lay claim to that? The answer, not very many. Sure, he is a free agent at the end of the season, but if they make it a top priority in the off-season, there is no reason he shouldn't be back in pinstripes next year.

Plus, Miller is putting together such a great season, his value will never be any higher. With two more years left on his deal, this is the time to pull that trigger. Holding Miller with the potential to trade him in a future season will not bring back the same quality return. It is very possible that this is Miller's peak, so capitalize on that opportunity and bring in some fresh young hitters while retaining Aroldis and his fastball.

As a potential trade partner, it will depend on the team's outlook. A team that is in a prime position to win this season and in need of a dominant closer, Chapman is likely their man. However, Miller's two years of control are extremely appealing. Personally, I would be more interested in the younger guy who can throw the ball harder, but control has its value. If the prices are similar, a contender will more likely go for Miller.

He has actually out pitched Chapman this season. So statistically, Miller is more appealing as well. Pair that with the contract situation, and I would believe Miller will be the more sought after reliever.

If I am the Yankees, I take that and run with it. Stir up the market for Miller, and pit teams against one another. Drive up his price as high as it can go and bring back the highest possible return Miller will ever return. All while enjoying Chapman's domination for the rest of this season, and hopefully many more years to come.