A leader is nothing without a loyal band of followers, and millennials should not follow Donald Trump, a man who will never see our perspective. 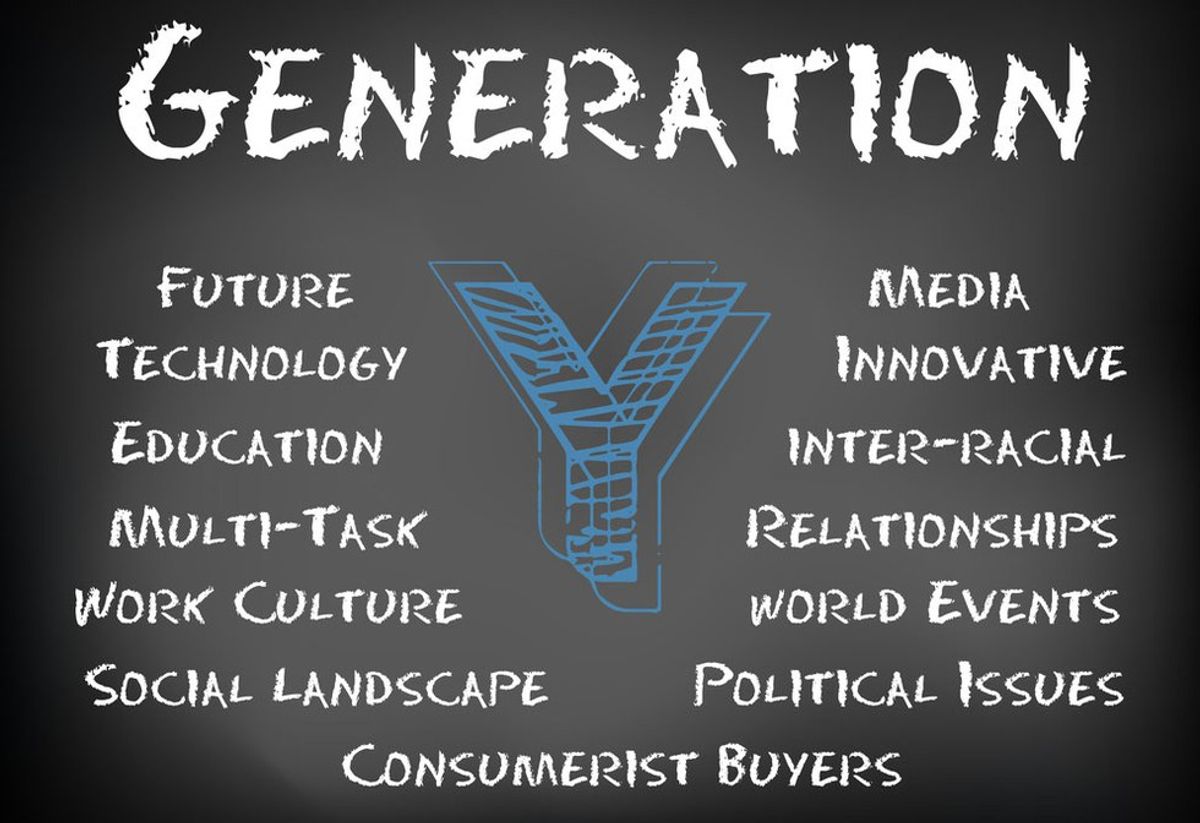 As a modern millennial, I think I can confidently speak for the majority of us all when I say, we have a very different and unique perspective on the world, politics, economy, and civic responsibility. We’ve seen things and grown up in a world very different than our parents and grandparents. We have seen tragedy, triumph, and with this presidential election – honest to god embarrassment. I have read so many articles and listened to so many speeches patronizing our generation as lazy and entitled and I laugh every time because I am a part of that generation as are all of my friends, and quite frankly the description does not meet the reality.

I’m pretty sure the baby boomers weren’t attending full-time college courses as well as working 20+ hours a week at an internship or spending their summers working an intense 9-5, but guess what my generation is.90% of the individuals I know are constantly working or furthering their education… so where exactly does the “lazy” label come in? If anything we stretch ourselves too thin, worrying about our careers and job security as second year college students while also keeping up with school work, social lives, and the variety of activities we engage in. Hell, I’m 20 and I have a 401K.We have a variety of aspects to worry about that those before us never did.We have to worry about gender equality in a light that never was acknowledged before LGBTQ existed, international relations, and environmental matters, while we still face traditional social issues such as equal pay and racial disparity. The world itself may be a harsher place than ever before, but I think in many ways my generation is kinder. We represent a sea of diversity, of open minds, of hearts willing to reach out to other nations and individuals and truly understand the complexities of the world before us. We lean toward the ideas of free markets and hard work. We aren’t the ones in the way of social change, those in the way are the individuals who are stuck in what we as a country used to be or should be, instead of simply what we are.

I’m in no way trying to knock down the previous generations; history is important, we learn from it, we evolve from it, and we make better choices based on it. But I am saying that my generation is different and cannot be regarded and held to the same standards as those before it. Our world is changing faster and becoming more complex with technology and innovation. Thomas Friedman said the “world is flat” in 2005 and the validity to that statement has becomes even more relative than we probably ever expected.The world is more interconnected than ever. Traveling is almost an essential part of most college student’s studies with semesters abroad or the growing popularity for gap-years.And how about the number of non-profit, charitable, and humanitarian efforts that have developed before us.Even the array of start-ups. We start with nothing but an idea, a dream and make it everything. We do not simply give to an organization, but we support and vehemently believe in it.

America is not the country it used to be, and honestly that’s okay. It gives us opportunity to grow, to change, and evolve.We do not need to “make America great again”. We need to make it better. We need to hit the refresh button, and stop hitting the back button. Donald Trump is business savvy, and I can respect that. He also speaks his mind, which if you know me I can’t really critique, because so do I. What he fails to do though, is see the world for what it is and our generation for what we are. No one likes a condescending bitch, but people can respect just simply a bitch. Point is, being direct and aggressive is not a bad thing, but thinking we are the best, most certainly is. I honestly do not think as a country we have earned that right back quite yet. I am over society thinking one person or in this case one country has to fail in order for another to thrive. Competition is good because it is constant, cultivating creativity and ambition. It is the natural force of growth in so many aspects of life, and we should embrace that not fear it.

We need vision, we need rules, we need compassion. Perhaps Donald Trump should take advice from his daughter Ivanka who relates very well as a modern day millennial.She is an amazing mother and business woman. She breaks the rules established by gender stereotypes while consistently remaining classy, educated, and speaking her mind in the most eloquent of ways. Donald Trump may have instilled these aspects in her as her father, but as a millennial she understands how to relay them to society. Honestly at this point I think I would vote for her over any of the narcissistic and visionless candidates that remain. She represents the modern day American Dream. The point is we have insurmountable issues, but we also have limitless minds to help face those. So what if Donald becomes president, he only defines us in a text book manner. What we as a generation, a nation, and individuals do is what will truly digress and define us as not only America but on the most basic level, decent human beings.