I Walked To Raise Awareness For Suicide Prevention
Odyssey

I Walked To Raise Awareness For Suicide Prevention

It is the 10th leading cause of death in the United States, causing 42,773 deaths annually, costing the U.S. nearly $44 billion. 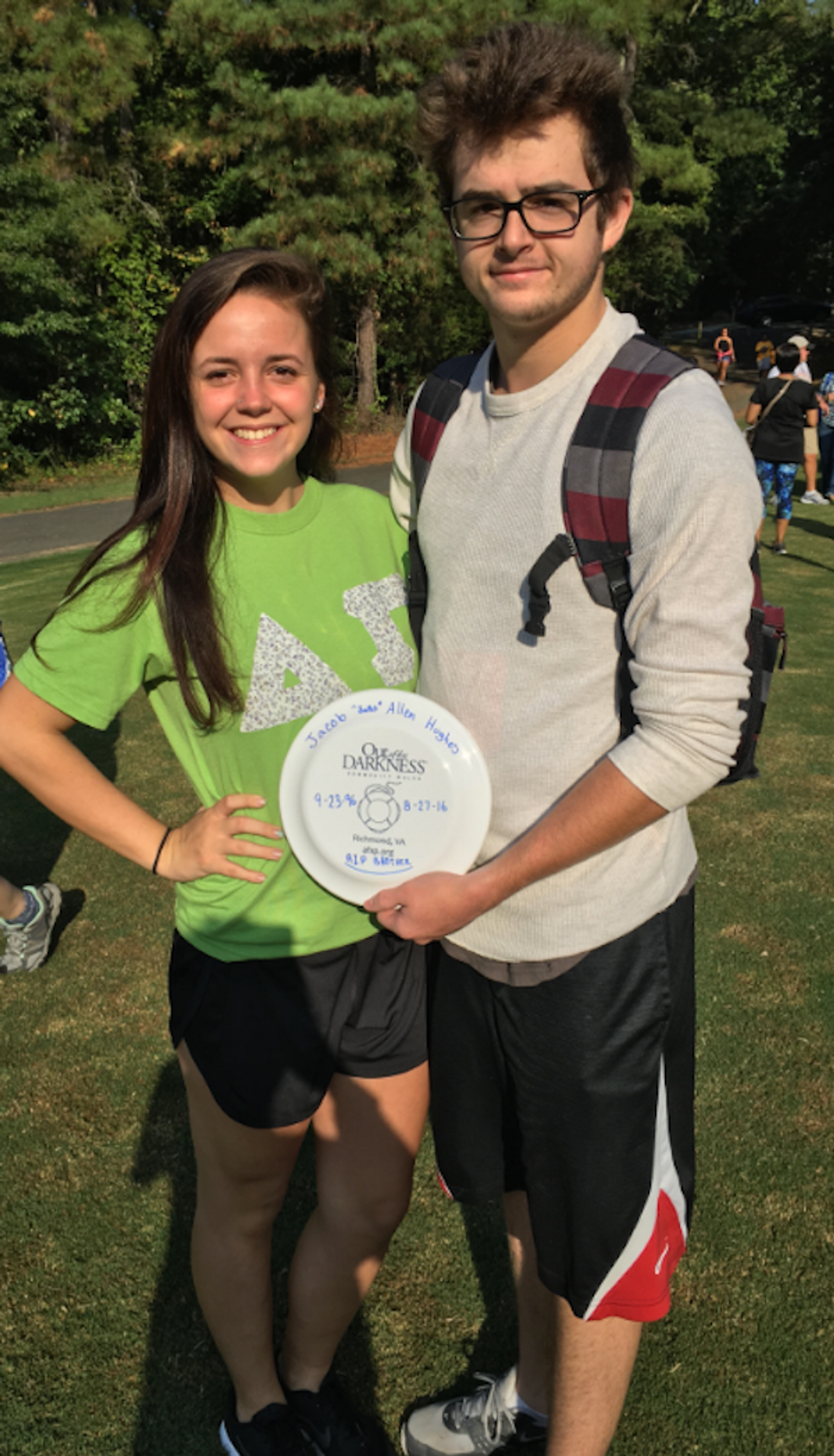 It is the tenth leading cause of death in the United States, causing 42,773 deaths annually, costing the U.S. nearly $44 billion. As of 2014, it is the second leading cause of death of death in age groups 10-34. There are 117 deaths caused by this every day. Since 2005, the annual number of these deaths has been increasing. One in 25 die of this, meaning only 1 in 25 that attempt it are successful.

"Suicide: (a) the act or an instance of taking one's own life voluntarily and intentionally especially by a person of years of discretion and of sound mind"

"Suicide: Death caused by self-directed injurious behavior with an intent to die as a result of the behavior."

I was nine years old when a young Christian woman who had once lived with my grandmother committed suicide. I was 19 years old when I got a call from my boyfriend at the time, "Something's wrong, I'll call back soon," and then "He's gone." That weekend I stood beside him at his brother's funeral. The months following I dreaded phone calls. My heart dropped every time the person on the other end of the line seemed upset, and I braced myself for bad news. A little more than six months later a phone call with my boyfriend's mother revealed that my boyfriend's best friend committed suicide. These events, along with the mental health struggles of friends and family that I have been witness to, have ignited my passion to raise awareness for mental health illnesses and work to prevent suicide.

Last Saturday, on September 17, I woke up at 8:00 a.m. and drove to Deep Run Park with my boyfriend. I met two of my sorority sisters at an event hosted by the American Foundation for Suicide Prevention, where we would walk with the Richmond community to fight suicide and raise money for suicide prevention.

Approaching the event I felt like I didn't belong. There were families in coordinating t-shirts with faces of the loved ones who had left them plastered on the front. There were people decorating signs with names, birth dates, death dates, and "Rest in peace" scribbled across the top. I hadn't lost anybody close to me, and being there I felt as If I was intruding-- as if acting like I understood what they were going through was an insult, even if I did understand in my own way. This was when I reminded myself that this epidemic was bigger than me and bigger than the individuals it directly affected. That more than just the lives lost, was the potential to lose more lives. That the disease that had our loved ones dropping like flies was still out there, and as prevalent as ever.

Before we started the walk, I wandered through the crowd and came across a memory tent with photos of loved ones that had passed. I was devastated by the large amount of youth that had ended their own life. It was harrowing to imagine the pain that could cause a young boy, who looked no older than thirteen, to take his own life. This reminded me of the people I knew who had committed suicide, who were not much older than me. 24. 21. 19, just weeks away from turning 20.

At the event we were encouraged to wear different colored necklaces representing our relationship to the loved ones we had lost, or our own personal battles with mental health. Looking around the crowd, I felt an incredible sense of community and closeness with absolute strangers. It was absolutely heartbreaking to see all of the necklaces, knowing the person that wore it had lost a spouse, parent, child, or friend-- especially knowing all of these deaths could have been prevented. Despite this, it was comforting to be in a safe place surrounded by others who understood the impact of suicide and depression as I did, and who were just as motivated to fight it as I was. We wore our beads in honor of the lives lost, an ode to our loved ones and as a promise to ourselves. A promise to carry the legacy of the ones we had lost. A promise to help prevent the senseless death, to prevent the disease from destroying others. Standing beside others wearing green beads that matched my own, I was curious about their own stories but more than this, I was thankful that they were survivors just as I am.

I was thankful that I was surrounded by a group of people who were just as motivated as I was to end the stigma that surrounds mental health. To prevent suicide we must educate, accept, and strengthen. Educate the masses about mental health illnesses- the causes, the signs and symptoms, and the factors that make an individual predisposed to mental illness. We must legitimize mental illnesses and reduce the stigma surrounding it so that those who are suffering can reach out and get help. We must strengthen the institutions in place that help those in need. These institutions are not limited to those of the medical variety. These institutions are the foundations of family and friends that we depend on. Our neighbors, our pastors and our teachers. This institution is the society that we live in. The society that should be reaching out, arms wide open, to receive anybody in need of help. It is imperative that we start having this conversation. That we start acting. It is time. Lives depend on it.