Meet The New Faces Of The 115th Congress
Odyssey

Meet The New Faces Of The 115th Congress

They're the new kids on the newly-Republican block. 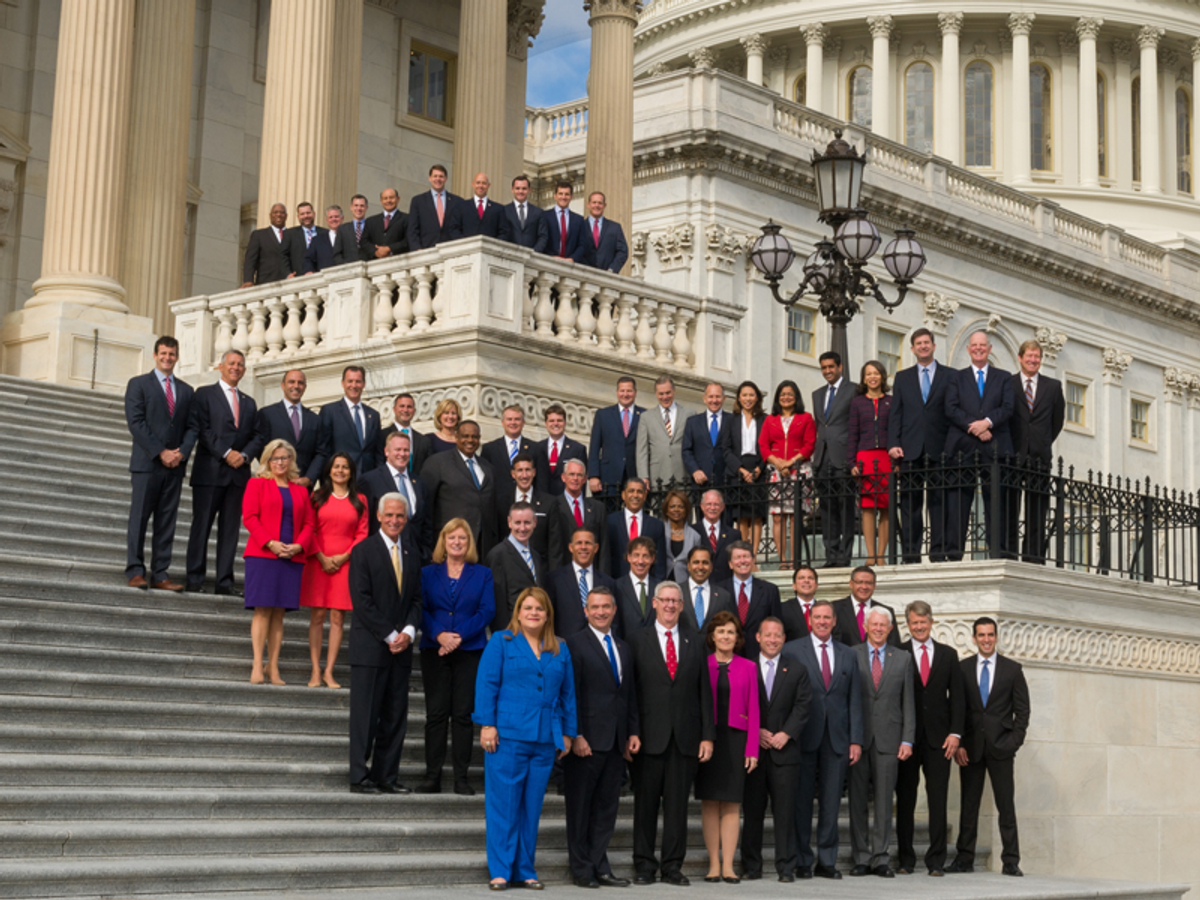 The 115th Congress officially convened on Tuesday with Republican majorities in both chambers and a Republican president on the way. While close to 95% of congressional members tend to be reelected, a few new faces have made their way to Capitol Hill. Here is a look at some of these individuals and their unique stories before they were legislators:

Harris won in November in an historic election. Not only did the California attorney general face the prospect of being the second, and currently only, African-American woman elected to the U.S. Senate, but also the first Indian American to serve. What made the race interesting is rather than face off against a Republican, Californians instead chose another Democrat for the general election. Harris faced off against Representative Loretta Sanchez who would've become the first Latina elected to the upper chamber. Despite being a newcomer to national politics, Harris's strong background in law, law enforcement, and her racial heritage may make her a powerful presidential candidate in 2020.

Duckworth spent several years of her life as a helicopter pilot in the Iraq war. After her helicopter was shot down, Duckworth lost both of her legs but remained in the military. The double amputee was elected to the House in 2013 and managed to knock off GOP incumbent Mark Kirk in the last election cycle. Duckworth is the first Asian-American senator from Illinois as well as the first senator to be born in Thailand.

That's right, a John Kennedy once again serves in the U.S. Senate. But he's not the young, charismatic Massachusetts lawmaker that went on to serve as president. In fact, the Louisiana state treasurer has no relations to the Kennedy family at all. Still, he was class president during his senior year at Vanderbilt. Kennedy had previously run for this seat three times, at first as a Democrat, then as a Republican.

Cortez-Masto barely edged out her Republican opponent for the open Senate seat in Nevada to replace retiring Senate Minority leader Harry Reid. The Nevada attorney general is the first Latina elected to the Senate as well as the first woman to represent Nevada.

Third time's a charm, it took Demmings three times to finally be elected to represent Florida's 10th congressional district. Born and raised in poverty, she rose to become the first female police chief of Orlando. Demmings had to deal with the aftermath of the Orlando nightclub shootings last summer. She was elected as co-president of the freshmen class of lawmakers alongside Republican freshman Jack Bergman.

Dunn spent eleven years in the U.S. military after completing medical school. He retired after reaching the title of Major. He returned to medicine in Florida before announcing his run for Congress last year.

Crist is quite the political chameleon. He served as governor of Florida as a Republican from 2007 to 2011. He also served as the state's education secretary as as attorney general. He lost the Republican primary to rising tea party star Marco Rubio in 2010 and announced that he was leaving the party. Crist continued his run as an Independent but ultimately lost. Just before 2014, Crist announced that he was changing party's once again, becoming a Democrat. He was the Democrat's nominee for governor in 2014 but Crist lost the election for his old job. Now, Crist is once again in political office, being sent to represent his constituents in the House for Florida's 13th district.

The Republican businessman previously served as Ambassador to the Vatican during the Bush administration. He is now a Florida congressman.

Fitzpatrick served as an FBI agent before being elected in November. He specialized in cases against corruption.

Having served in a number of positions in both Texas politics and at the White House, Arrington accepted a job offer as a vice chancellor at Texas Tech.

The daughter of former Vice President Dick Cheney, the former State Department official now is Wyoming's sole voice in the House of Representatives. Cheney previously dabbled in elected politics when she made a brief primary challenge against Senator Mike Enzi. She now holds the seat her father held from 1979-1989.

With the 115th Congress now officially in session, Congress is ready to begin governing over the course of the next two years. Both party's leaders were reelected. Paul Ryan was overwhelmingly reelected by his fellow Republicans to serve another term as Speaker of the House, while Democrats chose current Minority Leader Nancy Pelosi to lead them from the opposition. New York Democratic Senator Chuck Schumer was elected to serve as Minority Leader in the Senate opposite Republican Majority Leader Mitch McConnell.