"If you're lucky enough to be different, don't ever change." 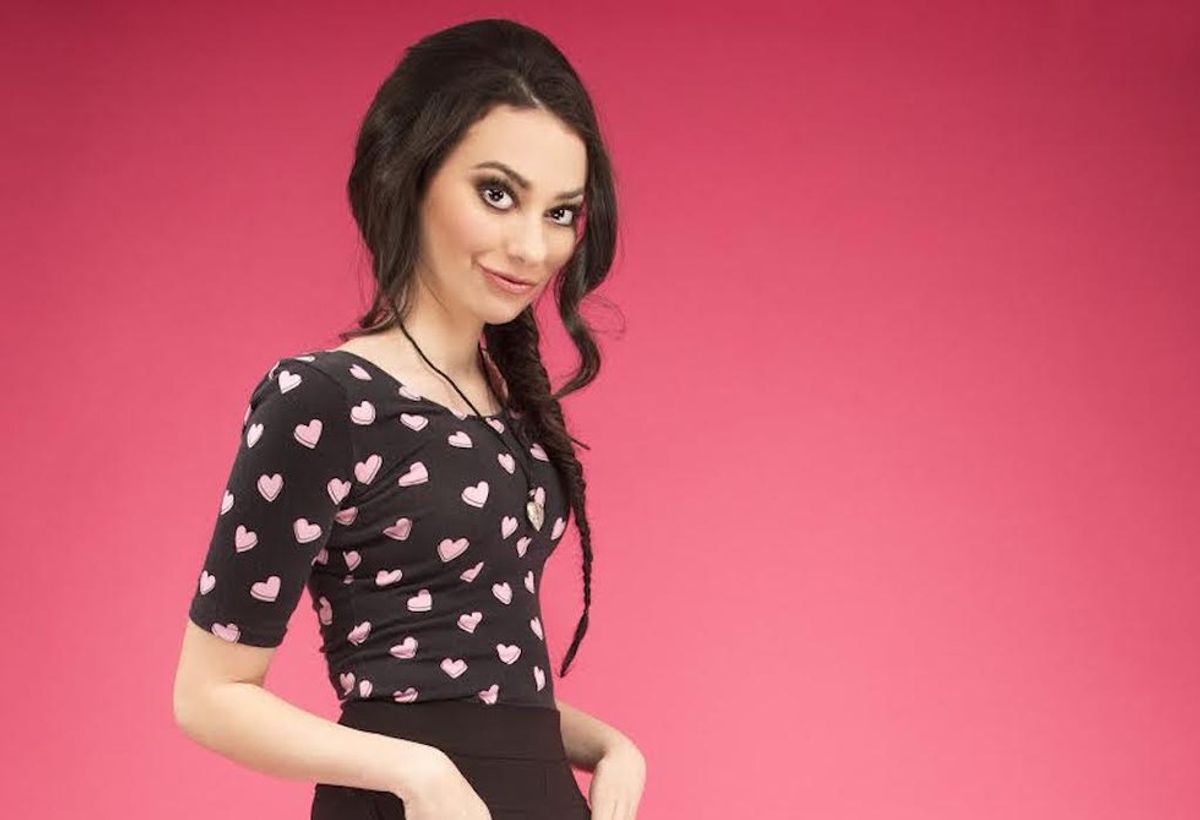 On July 23, I had the honor of being invited to the Starry Night gala presented by the Ellen Hermanson Foundation, which stands for women with breast cancer and the families involved on the east end of Long Island. From there, I had the privilege to sit down and talk to the performer from the event, Meredith O'Connor. The sassy and playful 20-year-old social media sensation grew up in Long Island and is extremely passionate about the foundation. She started her career modeling, but now pursues singing and acting. She loved growing up in Long Island, so the Ellen Hermanson Foundation really spoke to her.

During the performance, she dedicated a song written for Carol Galvin, the mother of her manager, Rick Galvin, who passed away from breast cancer. The song, "Guardian Angel," was a beautiful mix of soft piano notes and beautifully strong lyrics. Everyone in the room was silent and touched by the love generated from this song.

She started singing in community theater and New York Theatre Company as a young girl. She explains it to be her escape at the time from the dark phases during her bullying experiences. "I felt like going and performing was my escape. School was a place where I felt really left out and had low self esteem, and whenever I went on stage it would just be 'Yeah...this is my thing.' It's where I felt confident." She continues saying that theater has helped her realize what she wanted to do and the best thing about her job is having meet and greets with her fans and hearing how she's helped them through the tough times.

She was bullied throughout her entire schooling career. She has since become a huge advocate for anti-bullying and wants to be the voice she wish she had when she was going through it. "I think it's a beautiful thing when a child can find something that they're good at. If it's school: Great! If it's sports: Great! I always think that no matter what they're doing, that thing that they love to do will be their ticket to getting through it."

Meredith is currently signed to a production company and writes her own songs for her fans. With help from her co-writer, Heather Holley, she creates the music that she wants that really speaks her message clearly to her fans. "The best way to be honest with your fans is to sing the songs that you wrote," she continues. "I am so lucky to have people that respect my work." Meredith describes her music as "pop with a theatrical flare." Her biggest influence in her work is Queen and she wants her work to have her own message to come across clearly like theirs.

Listening to her talk about her experiences, her down-to-earth personality really shined through. Meredith and Luke Bilyk, from the show "Degrassi: The Next Generation," worked together on her music video "Just the Thing," which was premiered on Teen Nick. Even though they were both serious when it came to working, she loved how easy it was to be goofy with him on set. "He loves medieval swords," Meredith laughs and continues, "and we were playing with the equipment while reenacting medieval scenes."

The US and UK Studio, Lake Edge Productions wanted to take Meredith's story and make a movie now known as "Playing the Game." "This is the project I'm most excited for this year," Meredith tells me with true excitement. Madeline Stuart, the first model with Down syndrome, is also to be featured in the movie. She wanted to include a mental health element in the film, since she's aware that a lot of her fan base struggles from anxiety and depression. "All I can say is that it's loosely based off my life," she continues. "It's psychological and soundtrack-based and I'm hoping my fans will love it; I'm so excited!"

She has also released an album, "I am" helping spread the message of embracing who you are and no caring. The album is filled with songs embracing her message, "If you're lucky enough to be different, don't ever change."

Other than being an advocate for anti-bullying, she is an open advocate for many other organizations. She proudly stands for ASPCA, the American Society for the Prevention of Cruelty to Animals. "It's already sad enough to see a child being picked on, it's the same when I see an animal go through the same pain without having a voice or fighting back." She truly showed me her passion for ending animal abuse and standing for the organization, especially when she began talking about her recently adopted dog, Teddy, who she met as a stray at one of her concerts (Follow him on Instagram: @teddythehandsomeguy). She also stands with Smile Child Foundation, a voluntary organization committed to the care and development of underprivileged children, and Each Mind Matters, California's Mental Health Movement.

After talking with Meredith, I was completely moved. A young woman has had the courage and strength to overcome her past struggles and became a voice for thousands of people going through exactly what she did. I am so honored I had the pleasure of meeting and getting to know her, and can't wait to see what the future has in store for her.