Mail-Order Brides For Sale: Sex Work or Slavery?
Odyssey
CurrentlySwoonLifestyleHealth & WellnessStudent LifeContent InspirationEntertainmentPolitics and ActivismSportsAdulting
About usAdvertiseTermsPrivacyDMCAContact us
® 2023 ODYSSEY
Welcome back
Sign in to comment to your favorite stories, participate in your community and interact with your friends
or
LOG IN WITH FACEBOOK
No account? Create one
Start writing a post
Politics and Activism 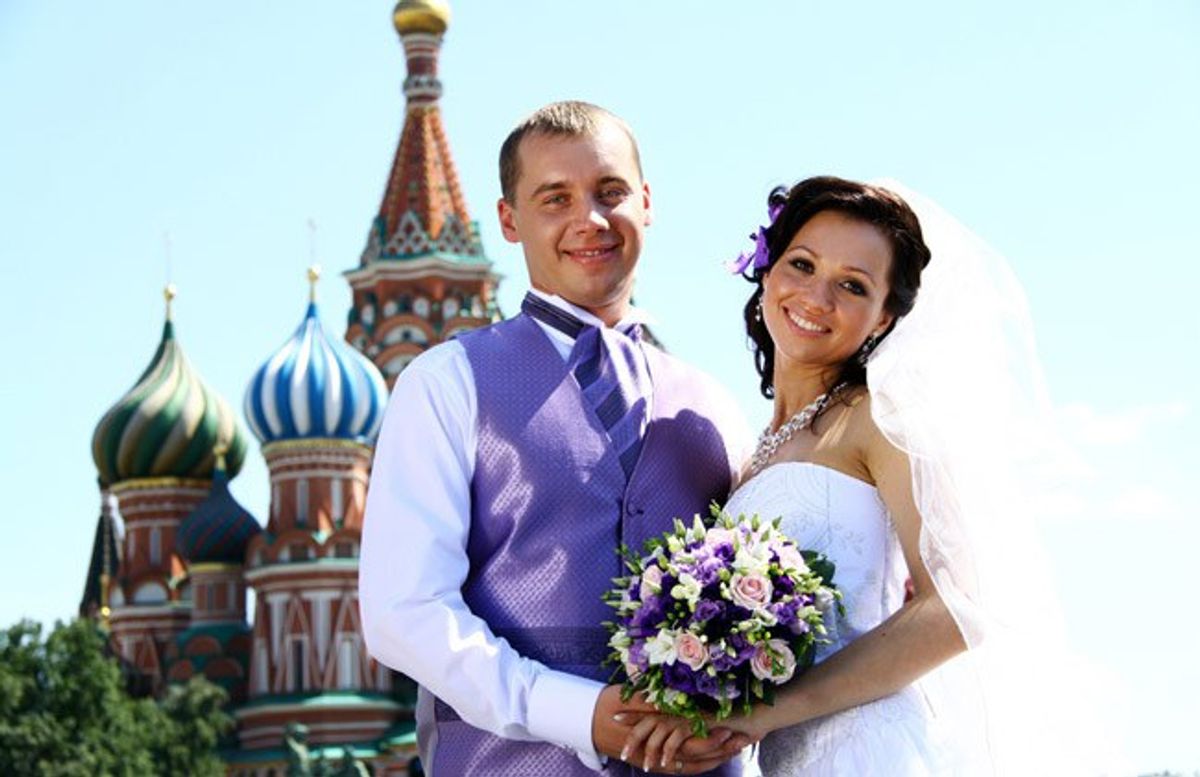 Today, in the 21st century, a woman—usually from a financially developing country, with intent to marry—posts herself on online catalogs to be selected by a man in a more financially developed country (e.g., the United States). Why would a woman want to be bought by a foreign man in a foreign country for thousands of dollars? Why would the man be willing to pay up to $50,000 to marry the young lady? This sounds a lot like prostitution, right? This process, known as "mail-ordering a bride," began in the American frontier during the 1800s. Men from the East migrating west successfully sought financial security and land in their new territory, but lacked spouses, making it difficult to start a family. Few women lived in the West at this time; therefore, these men began sending letters and posting advertisements in newspapers and magazines in an attempt to attract women from the East. The women whose interests were piqued responded appropriately.

The mail-order bride business is a $2 billion industry. The man must pay for catalogs, a translator (since many of the foreign soon-to-be brides do not speak English), the girl’s address to send letters and gifts (which can cost up to $200 and also requires hiring a translator), courting visits, visa fees, and the cost of the wedding. On the other hand, the woman being cataloged and courted pays no fees whatsoever.

This unique online matchmaking market sounds like gold digging and seems silly, but most of all it is dangerous. Timothy Egan from The New York Times calls this process "computer slavery.” Women are bought through the mail and “brought to the United States in a situation in which law requires them to stay with their new husband for at least two years before they can gain citizenship. If they are beaten by their husbands they are reluctant to report it because this can lead to deportation. ... For the women involved in this industry there’s this inherent imbalance of power right from the start.”

The men who search for their "soul mates" through mail-order bride services and the women who catalog themselves tend to forget about the awkward encounters, unspoken but expected sexual and physical labor, language barriers, unsavory types, and lack of connection. One man spoke on his experience on Reddit, saying, "She would cook, clean, offer sex. ... Pretty much what you want from your wife. But the passion, emotion, warmth, everything that makes a marriage actually work was lacking." Another man said, "She was like a gold digger but worse; at least with a gold digger it isn't painfully obvious [that she's using you] and you might actually convince yourself she likes some aspect of you." These stories expose how picture-perfect many may believe this matchmaking system may be, but explains the realistic disappointment that sometimes follows.

On the other hand, many use mail-order brides to gain social acceptance from their peers and families. In various countries marrying a white, American man is seen as a social climax, and some men, as one Redditor's customer has done, marry for acceptance. The Reddit user works at a pornstore and a regular, gay customer tells him that he will be gone for a while because he has to go with his wife to a funeral. The homosexual man later explains that he has a live-in boyfriend and his mail- order wife lives in the attached house with her boyfriend. When his or her family comes over, the boyfriend stays in the attached house, while the homosexual man and his wife act as a picture-perfect couple. This is a successful story of what doors the mail- order bride business can open. The relationship that follows the marriage process between a man and his mail-order bride is many times unpredictable and can end in happiness or disappointment; it is up to chance.

Today Russian women make up the fastest-growing segment in the mail-order bride industry, while Filipino women are the largest ethnic group being purchased as mail-order brides. Nearly 20,000 Filipino women leave the Philippines each year to be a part of this system, leading to thousands of marriages every month, and hundreds of abuse reports. The Philippine Government went as far as creating the Act 6955 or Anti Mail-Order Bride Law in 1990 as a result of stories that “appeared in local press and media about Filipinos being abused by their foreign husbands." There have been four recent cases of American men murdering their foreign brides, but also many cases of the foreign bride murdering her American husband. Two major cases of spousal abuse within the mail-order business are Timothy C. Blackwell and Indle King.

48-year-old Timothy C. Blackwell met his wife Susana Remerata on Asian Encounters. The second day of marriage it is reported that he choked his new wife; two weeks into the marriage Mrs. Blackwell moved in with her friends while a divorce was in the making; within a year Mr. Blackwell shot and killed his wife and two friends at point-blank range at the divorce proceeding. Mr. Blackwell claims he felt duped and conned out of $17,000 because she was too “inattentive” and “unresponsive” and claimed that he felt as though he had brought a “disease into this country.” According to his lawyers, who were present at the shooting, what set Mr. Blackwell off the most was hearing that his wife was eight months pregnant by a man she met after leaving him the second week into their marriage.

18-year-old Anastasia Solovyeva from Kyrgyzstan was found in Washington State in December of 2000 under a dirty mattress in a dump on the Tulalip Indian Reservation. Two years into the marriage her 38-year-old Seattle husband, Indle King, wanted a divorce, but refused to pay for it. 270-pound King pinned Anastasia down while a tenant, Daniel Larson, strangled her with a necktie. Both were convicted of murder.

Outside of these horrific stories, 80 percent of these marriages have lasted in the United States, and Citizenship and Immigration Services has reported that these marriages surprisingly have lower divorce rates. Yet, the big question is why haven’t sufficient screenings and background checks been done to avoid these spousal abuse cases? As said by Washington state legislator Velma Veloria, “the internet has opened services to wide abuses including advertisements for Asian girls 15 years old and younger." Yes, mental health screenings are done, but are not thorough. Ms. Veloria goes on to state that she is “not surprised as we have heard from women around the country. The pattern is very similar. The women feel powerless once they get in this country. They have nowhere to go. The men hold the threat of deportation over them." But, "as long as there are lonely men and women looking for opportunity, the services will flourish," said Mr. Burrows from Cherry Blossom Inc, a successful mail-order bride business.

This flourishing business full of all types of exotic women and "interesting" men is impacting lives worldwide, positively and negatively. The mail-order bride business can be a wonderful thing for some and harmful for others. For all involved, stay mindful and be smart about the woman or man you choose. If you are the bride, do extensive background checks, learn the foreign language, know how to be self-sufficient, and know self-defense as a precaution. If you are the man, also do extensive background checks, know what you are getting into, and do not act as if you "own" your wife. For both, do not come into the relationship with expectations of perfection; know that building a relationship takes time and effort. It is great to explore all of the options of the dating world, therefore, use as many tools as you need to find your perfect mate. But, although there are many success stories within the online dating world and mail- order bride business, this industry can also be detrimental to all parties involved. Have fun, but stay aware of all the possibilities.

Nicole Marie Nigro
Individual Creator
8497
c1.staticflickr.com
Where to start...... Let me start with the cliche that life throws us curveballs and what we do with it is what counts.