Why I Don't Believe In Love

The fairytales and romance movies have been lying to me. 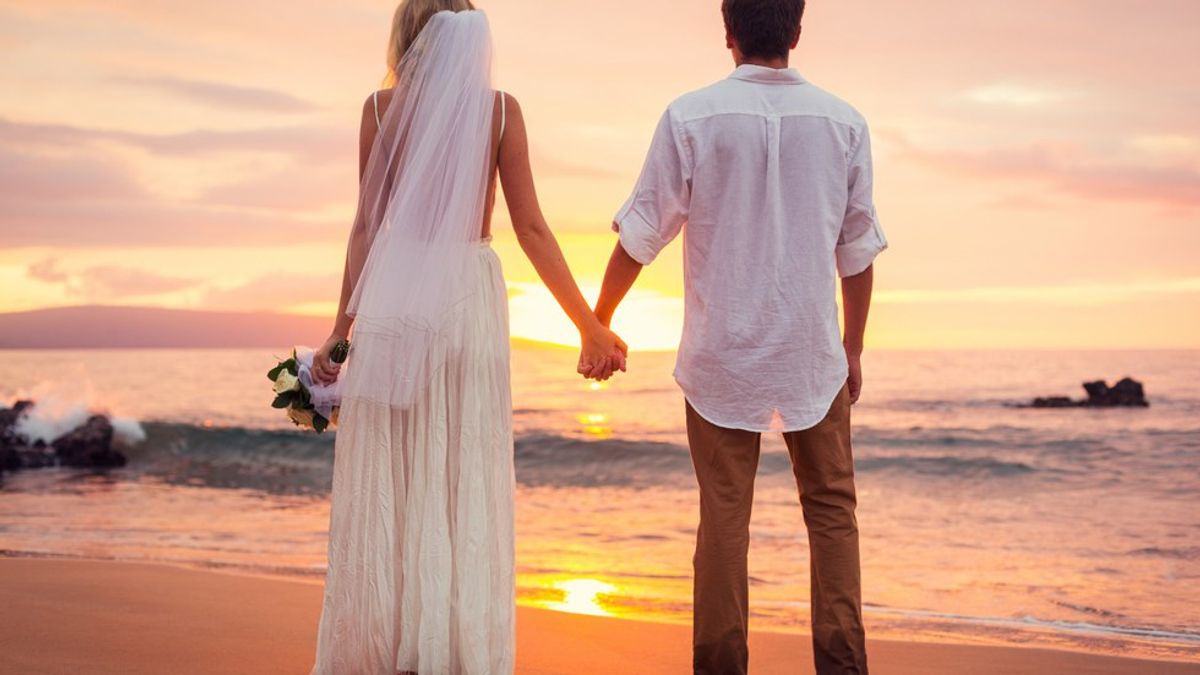 Let me begin my topic by stating that this is not meant to be a depressing article, I am not trying to "bum people out." Everyone is entitled to their opinion, and this is mine. I am not trying to persuade you to believe what I do, I am just sharing my insight and wisdom to the conclusion that I have made and am living my life in.

I grew up watching Disney movies. I could not wait to grow up and find my prince and fall in love with someone forever. I was taught that love was a beautiful thing that meant you loved someone and would do anything for them. Love is the most powerful emotion of all - it is so strong that it cannot be broken. There are differences between "regular love" and "true love." "True love" can only be found with one special person, and once you were in "true love" you would never lose them. I was taught that divorces happen because people were only in "regular love" and not "true love."

I believed in this until this summer. In May, I finally realized that I do not believe in love.

I believe in strong affection. I believe that you can really care about someone and have extremely strong feelings towards them, but there is no such thing as being in "true love" and having a soulmate. As much as I want to believe it, I don't.

"Why do I believe this?" you may ask. I never expected myself to come to this conclusion, but after carefully analyzing my experiences and experiences of my friends and family, I feel a bit naïve to the thought of true love being real.

Without going into too much detail, I thought that I was in love for two years. I thought it was true love and that I found "the one." The relationship ended up being the exact opposite of what I wanted it to be. My feelings immediately disappeared, and although I was lucky enough to not have to spend forever getting over him, I always questioned myself. If I was really in love, wouldn't my feelings linger longer?

I am not letting one bad relationship ruin my outlook on life, but after analyzing other relationships, I realized that other couples did not appear to be in the love that they claim.

There are so many couples that discuss their love for each other, that are "relationship goals" from afar, but at the same time have awful arguments. And I know that everyone is going to have rough patches, but there are certain arguments that should not be normal in a healthy, loving relationship.

I have seen couples faking a smile in their relationship, refusing to end it because they are simply "used to it." I have seen the happiest of couples file for divorce because they simply couldn't get along anymore. I have seen married men and women break down in front of me, telling me they can't take it anymore and how they wished they never married their partner.

I have seen boyfriends, fiancees, and husbands, who appear to be so in love and loyal to their partner cheat on them without a speck of guilt in their eyes. If love was so real, why would you ever want to intentionally hurt them?

Aside from the cheating, I simply believe that being in a long-term relationship is not about being "in love," but it is more so tolerating each other. Some people stay in abusive relationships because they want someone to cuddle with at night and do not think they will find another to show affection to. Some will stay in healthy relationships, but will be unhappy, yet manage to stay with their partner because "it is what it is."

There are a few rare couples who appear to get butterflies when seeing each other even after 50 years of marriage. I still do not believe that this is "love." I believe it is affection that never managed to die, and they happen to be skilled in resolving conflict. Some people manage conflict better than others, and those are the people who stay in a relationship the longest.

I believe that the reason why the divorce rate in the United States is so high is due to the fact that we only focus on the feelings of marriage. There are so many factors that go into a marriage rather than "love" and affection. There is living situations, ambition, compatibility with in-laws and family, career and education goals, finance, and so much more. Feelings don't determine compatibility. Often, we get so wrapped up in the feelings that we don't take all of the other extremely important factors into consideration. They eventually catch up to us, and that is when the tension begins and the divorces occur.

I decided to do some research to back up my idea. I found an article on arranged marriages in India, and they are actually extremely successful. The way that the majority of the marriages work is that the parents will find a man suitable for their daughter. The man and his family will go to the woman's house, and the man and woman will go for a walk and talk about themselves while the families stay inside and get to know each other. After talking for about an hour or so, the man and woman will come back inside and announce their decision to marry or not. This sounds crazy, but the divorce rate in India is extremely low. Only 13 in 1,000 couples will get divorced each year, while in the United States, 500 in 1,000 get divorced. I believe that the difference is those in India see marriage as compatibility, while in the United States, we see it as love.

Although I would like to get to know someone for a few years before I decide to marry them, I plan on using this outlook. I do not see myself falling in love, simply because I don't believe in it, but also because I believe that marriage is more likely to last if the couples are compatible with each other and realize that rather than the feelings. Often, we get so involved in feelings that we bury the reality of the situation. You can have strong feelings towards someone, but they won't be the right match for you.

Love is a beautiful concept, but it is not the reality of life.

Nicole Marie Nigro
Individual Creator
1728
c1.staticflickr.com
Where to start...... Let me start with the cliche that life throws us curveballs and what we do with it is what counts.