Why Mac Miller's Death Felt So Personal To Gen Zers

If you're anything like me, you have been listening to Mac since he was some Indie artist in Pittsburgh... 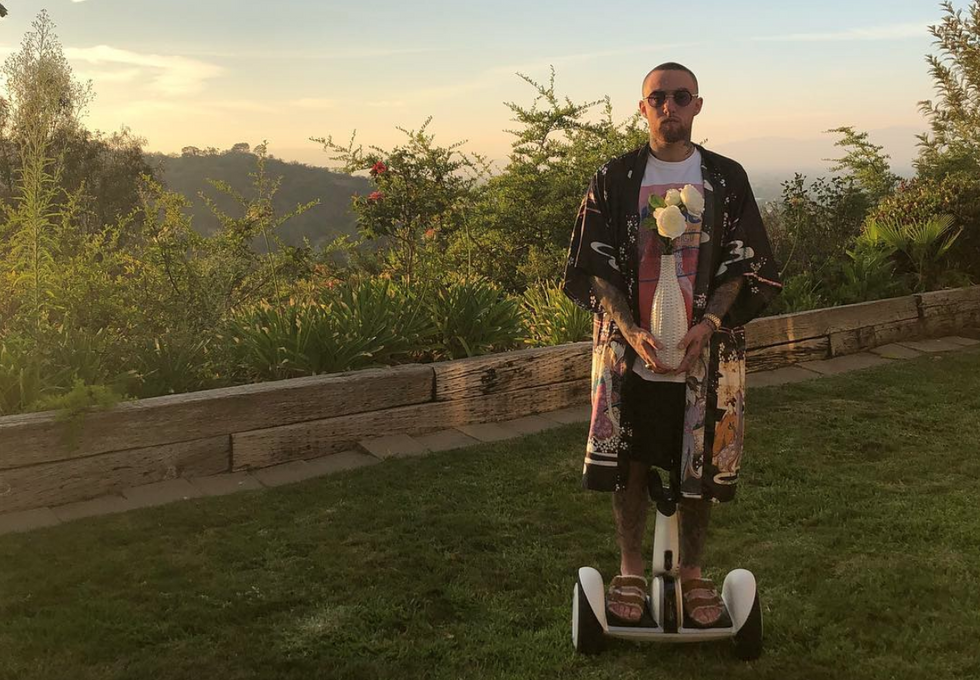 A few days ago, on January 19, Malcolm James McCormick, AKA Mac Miller, would have celebrated his 28th birthday. For the entire hip-hop community fans and artists alike, this week has pulled at heartstrings.

His release of the posthumous album, "Circles,"," has already topped the charts holding spots No. 4- No. 10 on Spotify top charts this week.

The tragic death of Mac Miller was a few weeks after his last studio-album "Swimming."

Many fans have cherished "Swimming" thinking it was the last music Mac had recorded before his September 2018 death.

That was until in 2019 producer Jon Brion had decided with permission from Mac's family, to go ahead and release his last known project. Mac had started "Circles" shortly after he had finished "Swimming." This was supposed to be an epilogue to "Swimming" to finish the concept of "Swimming in Circles."

As a listener, you can hear Mac Miller transform from a fun, young, fresh high school rapper from Pittsburgh, to the emotional, raw, heartfelt, and deep artist through his music over the past decade.

We have seen on his last few albums on the emotional mutuality that he can display pulling jazz tones and psychedelic music to perfectly wrap up his heartfelt lyrics. As opposed to his early work which was more fun lyrics with heavy upbeat party songs, it truly shows the evolution of Mac as an artist.

The ability to do this helps its listeners relate to Mac as he grows up. In many ways, if you had been listening when he first came out, you almost grew up with him.

Mac is one of the few rappers or even artists that have such nostalgic music, it can take you to an exact point in time.

His early music takes you back to key points in time that are the early 2010s. "Donald Trump," "Best Day Ever," "Smile Back," and "Party on Fifth Ave." take listeners who now are not the same high school/middle school kids, back to when everything was easy and fun.

Mac has even noted that he has these songs in a pure reflection of your adolescence. They are things we can all relate to. He just makes music reflective of his current life stage.

Mac was always very adamant about his battle with his demons and his drug addiction. While many other rappers had the stereotype of rappers down pat, Mac was always and remained till his final days, unapologetically himself.

Looking into interviews with Mac, he had always said the exact things that were going on. He lived a very public life that made it hard for him to have privacy. This lack of privacy has really helped the average listener to be able to see some of the demons he has battled with.

The videos you see of Mac always feel personal. He genuinely puts his soul in his music. Even on a radio interview, he has said something along the lines of how no one in life truly knows him except those who listen to his music.

His ability to put so much of his soul into his music has really connected the listener to him.

The connection he has carefully executed in his music made it feel more along the lines of hanging with a good friend rather than just listening to music.

This relationship Mac had with his fan base made his 2018 death that much more heartbreaking. We cannot harp on why he has left this earth, but rather focus on being grateful we got to see his ability as an artist.

This connection has made Mac Miller one of my personal favorite artists and kept his songs on my playlists for a decade.