From your favorite screwball. 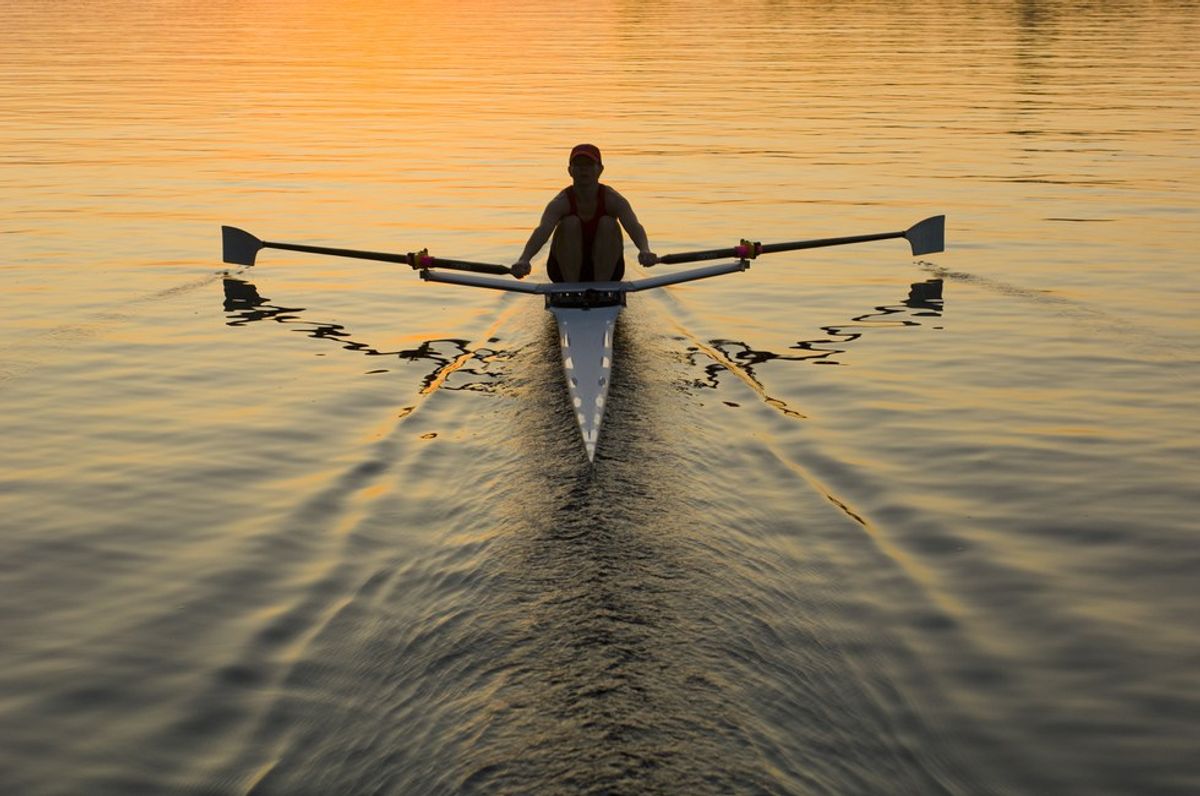 After two short years of joining a new sport when I got to high school, I found myself faced with a dilemma. Like many confused teenagers, unsure of their decisions in the world, or anything really for that matter, I wanted to quit. I went back and fourth, weighing my options and debating whether I wanted to put myself through the torture and pain of the sport if I didn't truly love it. After all, this was my secondary sport, and not at all the one I wanted to pursue in college. What was the point in putting more effort into this one if it wasn't the one I cared about most? I soon pushed myself to continue a third year and came out of it happier than I ever thought I would be. I became a better person, I found joy in a sport that I never thought I would, and I met someone that has taught me more about being an athlete, a competitor, and a teammate than I ever thought I would have. I owe this to you, and a simple thank you will never be enough.

I remember the day when we were first introduced to each other. You saw me as a puny little annoying freshman, and believe me, you weren't wrong. I honestly don't know how you dealt with me, or even still do. I remember a good friend and a teammate of mine introduced us one day at practice and I knew at first sight that you were displeased. After all this time, our first meeting still makes me believe that your cold shoulder and irritation with me was just an act, or at least that's what I tell myself.

After two seasons of wanting to quit the sport, something made me come back. Maybe it was the possibility of having a great season, or somehow I was able to foresee the potential I hadn't yet unleashed, but looking back, it was one the best decisions I've ever made. I quickly found out that the beginning of my season wasn't exactly a breeze. I wondered if I made the right decision to come back, or possibly made a mistake. I was frustrated and confused, and things weren't going my way. But eventually, the day came that I was told I would be spending the next few months with you as my coach. A day I learned would change my view of the sport for the better. A man that despised me and referred to me as a pest would have the pleasure to spend an entire season coaching me.

But you took me under your wing and taught me everything I could have ever wanted to know about the sport. You truly cared about every practice you held, every opinion I gave (which was frequent and numerous), and every mistake I made (which also was a lot). I learned through those three months that you were different from other coaches that I had. You catered the practices not only to how we performed but to how we developed as a group. You cared about each of us on an individual level and worked to learn more about each of us everyday because the way each of us approached practice, problems, and life itself allowed you to help us on our road to hopeful success. In short, you caused our two boats to become a little family. Where would I be without a good luck tap on my hat before a race, the judgmental comments about my form, or even laughing at the faces I make while racing? You turned the sport into more than just a sport; you turned it into something fun and something I enjoyed more than anything else. It was the year I fell in love with the sport.

A year later, I understood that things wouldn't be the same. I knew you weren't going to be my coach anymore; you wouldn't be there to yell at me for talking during practice or for screwing up on a drill. You weren't going be there to laugh at me when I made a mistake or judge me when I said something stupid. Instead, you would go by with a wave and a laugh just to rub it in. Just because you weren't my coach, I still took the same attitude I had before into every practice and race thereafter. You pushed me to be successful and strive for greatness, even when that meant looking at colleges to continue my athletic career. You supported me through these decisions and were a valuable resource in the process, something difficult to understand at 17 years old.

Looking back at the memories we shared through the past few years, I thank you for being the one that inspired me to push myself even when I wanted to quit. You pushed me years ago in high school to reach for anything I set my mind to and still do to this day. I don't know what would have happened if I decided to quit the sport, but I'm glad I don't because rowing is possibly the best thing I ever decided to try. That year, with the help of your coaching, made me fall in love with the sport. If I did decide to quit, I most certainly would not be the person I am today. I wouldn't be as happy, I would probably be at a different school, and I certainly wouldn't be competing on a collegiate level.

I owe this to you, and for that I'm thankful.