how to use tinder

I May Never Find Love On Tinder, But That’s OK

Finding love one swipe at a time, or maybe not so much...I might live in a generation of technology, but that doesn't mean I always fit in. 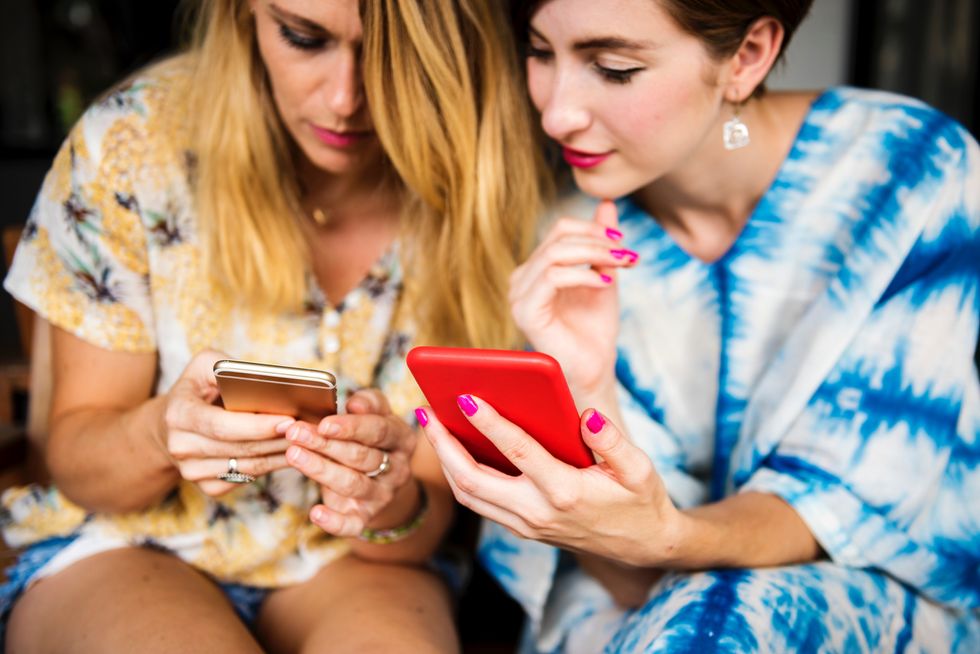 Tinder might just be the most deleted and downloaded app ever. But, inevitably, it finds its way back onto your phone. For me, it's basically just taking up space in its designated folder, along with the other two dating apps. None of which can be classified as "regularly used."

The premise of Tinder is so easy. Literally, swipe. There is nothing to lose. No one knows anything unless you match. You can't mess it up.

But, I think I have.

See a key part of Tinder is actual conversation. You match with someone, you message, you have a new person to talk to. Great. Except, I found it wasn't that easy for me, as I tend to overthink somethings.

I don't look at someone's 1st photo and decide on yes or no. I look through every photo, read the bios, look at their anthem… I use every resource available to me.

And then I swipe left.

This isn't because I don't like them necessarily, although there seems to be a never-ending supply of cringey and immature options on a college campus. I might think someone is perfectly fine, cute even, but I will quickly talk myself out of it.

I still think that dating has a deeper value than free dinners. If I'm being honest, the thought of dating is terrible to me because I just want to skip to a relationship.

That's why I decide me and (insert name here) won't work out. Because before we even had the chance to match, I've decided the potential relationship is doomed.

This is in part because of the whole relationship overthinking, but I also think it's more than that. Very much a, "it's me, not you" kind of thing.

I have quite a distinct personality I would say. I'm complex in a way that, though I have tried, I can't really explain. So, in past experiences I've noticed that there are so many hoops to jump through, just to make it to a conversation that has no spark or real connection.

I've found it's just such a hassle, and while I've definitely written about this before, it hasn't become any less true. The primary format for dating is over messaging on an app that promotes vanity. Great, I'm loving my chances…

I would also say that a reason I'm so against using Tinder, for myself not in general, is that body confidence is hard. I assume guys won't swipe right on me because of my weight. And while I don't think that is too out there, cause again, Tinder is still vain, I also know that I'm not being fair.

But, I don't know if there is a good way to make it known upfront what I look like. I mean, even though I've included a bunch of body shots, and made one my front pic, I'm not just going to write "plus-sized" in my bio.

It's a weird issue where I want to be honest and upfront, but also don't want to feel like some product that has to have warning labels on it.

So, while many people enjoy Tinder and get a lot of use out of it, hell, even find their significant others on it, I've resigned myself to the notion that I won't. Maybe something will change in me, I'll have a change of heart or something, but for now, I don't think so.

For now, it'll stay in its folder on my phone as I live my life. A kind of backup plan if the traditional ways of meeting face-to-face don't work out. I might live in a generation of technology, but that doesn't mean I always fit in.

tinder
Report this Content
This article has not been reviewed by Odyssey HQ and solely reflects the ideas and opinions of the creator.