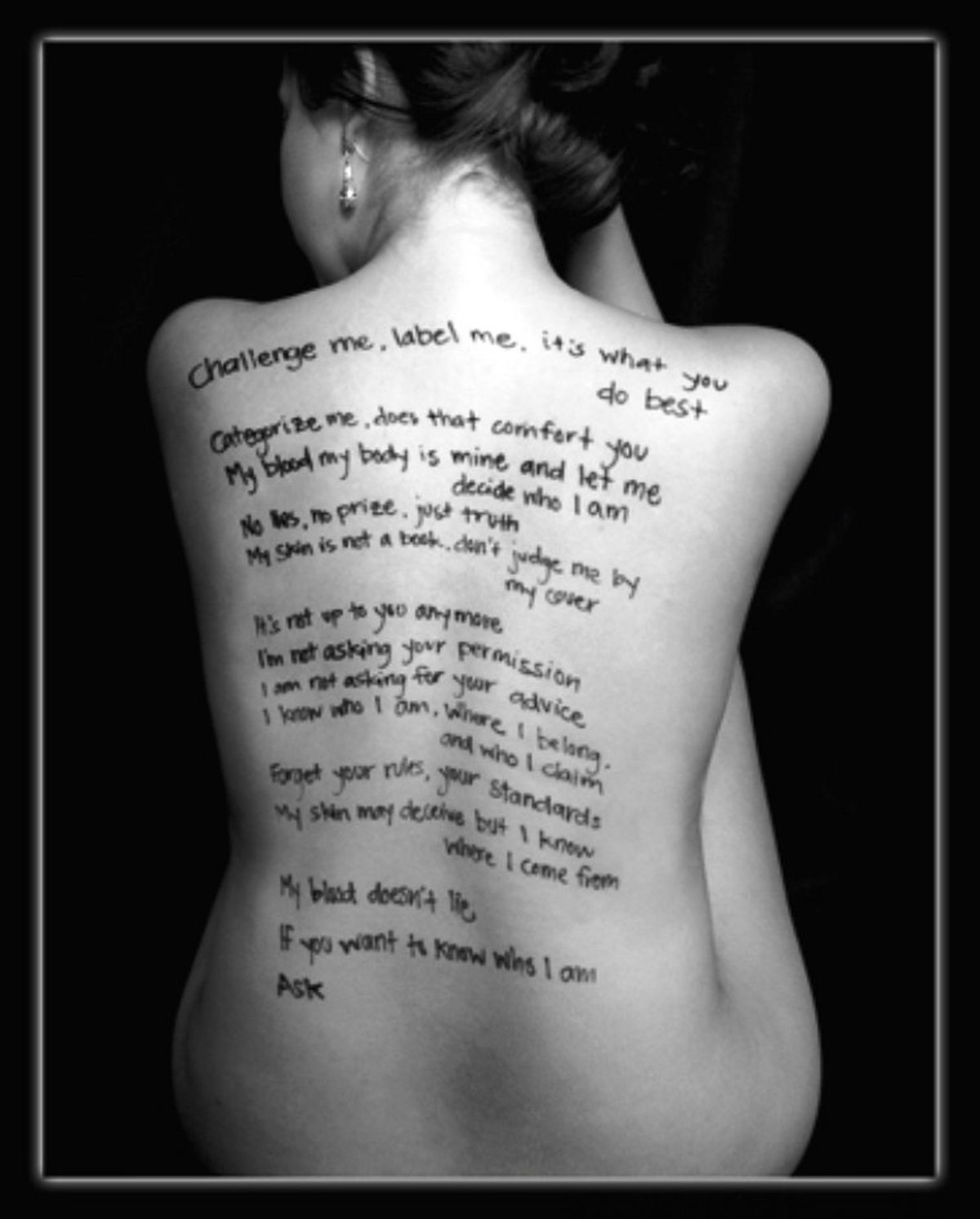 It all starts the next day, you sit in a windowless medical office, while a lovely, empathetic woman with glistening eyes listens as you tell your story- or what you were told since you can’t remember one moment of it.

The worst part for me was my mom crying softly next to me… my whole life my mission was to make my parents happy, make them proud of how strong I was. Watching them like that is crushing. So I sat there with no tears, feeling completely numb. It sounds cliche and detached but that’s really what it’s like, you just feel nothing. The air around you almost seems still as death as you patiently wait for the next steps of reliving the nightmare you feel like you couldn’t have even experienced.

I sat there emotionless as they took pictures of my bloody knees and scanned my clothes with blacklights - the same clothes I’d come to in, inside out and on backwards. I didn’t have my underwear though, that had been torn off by one of the four.

I waited as they examined my whole body,felt nothing as they told me about the damage to even the inside of my body.

I listened and laughed along with my rapists as they called me a “slut” and a “whore” and told me that I came onto them. I apologized to them because I had embarrassed them. Even my bloody legs, torn body, ripped clothing and voided memory couldn’t save me from the shame.

I told myself I would be fine, reassured my family I would be fine. Lied to myself that I was fine because if there’s one thing I’ve learned in my 21 years it’s that no matter what happens, the world keeps turning and there are millions of people around you still living life. You have to just put your head down and keep moving.

So I tried to go to therapy, but told them nothing other than “I’m doing really well, I’m sleeping and eating no problem”. We would talk about my “feelings” and I would say exactly what she wanted to hear. So I stopped going after maybe 3 sessions. Another thing I’ve learned is that anyone who works for a university is very sensitive about the girl who cried “rape” so they treat you like a lost puppy, make you feel like there’s no reason to keep coming in for therapy, they even encouraged me to get a medical clearance on my classes so I didn’t have to finish off the year.

They didn’t know me well enough to know that having a purpose was the only thing that kept me going. In high school I was a merit scholar, an AP student and an avid reader so my intelligence was one thing I thought could save me.

That was until I didn’t even have enough energy to make it to classes. I would roll over to my alarm going off and immediately shut it down and go back to sleep.

And then the drinking started. Obviously being at a University makes this commonplace, but not as an every-night situation. I would sleep all day and spend my nights nearly always blacked out, downing vodka like it was water because it was easier to feel nothing than feel like I had been violated. It was easier to black everything out because I felt like people liked me that way, that I was fun and outgoing and the life of the party. It made me feel like despite the fact that four individuals had raped me while I was nearly unconscious, no one would judge me if I could party along with them.

The drinking also helped the nightmares go away. My therapist now says these nightmares happen from PTSD. That, even though my conscious state wasn’t active during the assault, my subconscious knew what was happening. So the nightmares came, me remembering how I was fighting back, how much it hurt. Little glimpses into what happened.

The worst part was the sex. As a woman, a large part of what you are is made up by how men view you. No that's not the feminist stance but this story isn’t about some superfluous understanding of feminism it's about truth. I wanted guys to find me attractive even though I had been damaged. No one knew what happened but I started using sex and the hookup culture to make myself feel more validated.

So I would get myself to a state where I could be ballsy enough to find some guy and make him believe I was the hottest thing he’d ever seen. Each next morning I would wake up, dreading the memory of each stupid decision I would make.

The worst part was seeing my friends judgement. They didn’t know the whole story by any means, I was far too proud to tell anyone. All they knew was something really bad had happened. They started making small comments that slowly tear you apart, even though they don’t mean to.

One friend, after a particularly awful night for me said “Do you realize what you did? This thing has ruined you”.

Another friend, when talking about a cute guy I was interested at the time said “Maddi, be careful, he's a really nice guy”. Implying he was too good for me. I know she didn't mean it like that, but it's hard to hear something out loud that you think about every day. I knew they were maybe right.

So I reached a breaking point and it all came crashing down on me. I was lucky enough to be surrounded by friends and family that supported me and since I have been spending a lot of time in therapy, growing stronger each day.

I decided to finally write all this down because unless you go through something like this you have no idea what it's like and it’s easy to pass on judgement. I know people look at me as what I’ve been called: slut, whore, drunk mess. I am sorry for all the people in my life who saw me like that, and I hope I can eventually be forgiven.

One thing I’d also like people to understand is that, much like an addiction, this is something I will likely have to battle with for a long time. The behavior I used to cope is still inherent in me and sometimes I take 3 steps forward and one step back. Some days are worse than others. Sometimes I don’t feel worthy of people’s love or attention. I don’t feel pretty, or sexy or kind- I feel ashamed.

I wanted to tell my story, not only to shed light to my friends, family and anyone in my life who may not know… but to help others understand what this is like. It is so easy to judge people for their actions, for what they do and what you see. Remember that everyone has demons, that we are all in different stages of a journey and that the greatest thing you can offer is kindness.

For me, I have grown so much, some days I struggle, but each day I know time continues to heal. To anyone else out there going through this, know you are not alone, and that this hasn’t ruined you, you can still be loved and cherished and that you deserve all happiness that comes to your life.
Report this Content
This article has not been reviewed by Odyssey HQ and solely reflects the ideas and opinions of the creator.