League of Legends News: Flyquest Did What?
Odyssey
CurrentlySwoonLifestyleHealth & WellnessStudent LifeContent InspirationEntertainmentPolitics and ActivismSportsAdulting
About usAdvertiseTermsPrivacyDMCAContact us
® 2023 ODYSSEY
Welcome back
Sign in to comment to your favorite stories, participate in your community and interact with your friends
or
LOG IN WITH FACEBOOK
No account? Create one
Start writing a post
Sports

League of Legends News: Flyquest Did What?

One of the most underrated teams going into the NA LCS Spring Split is off on the right foot! 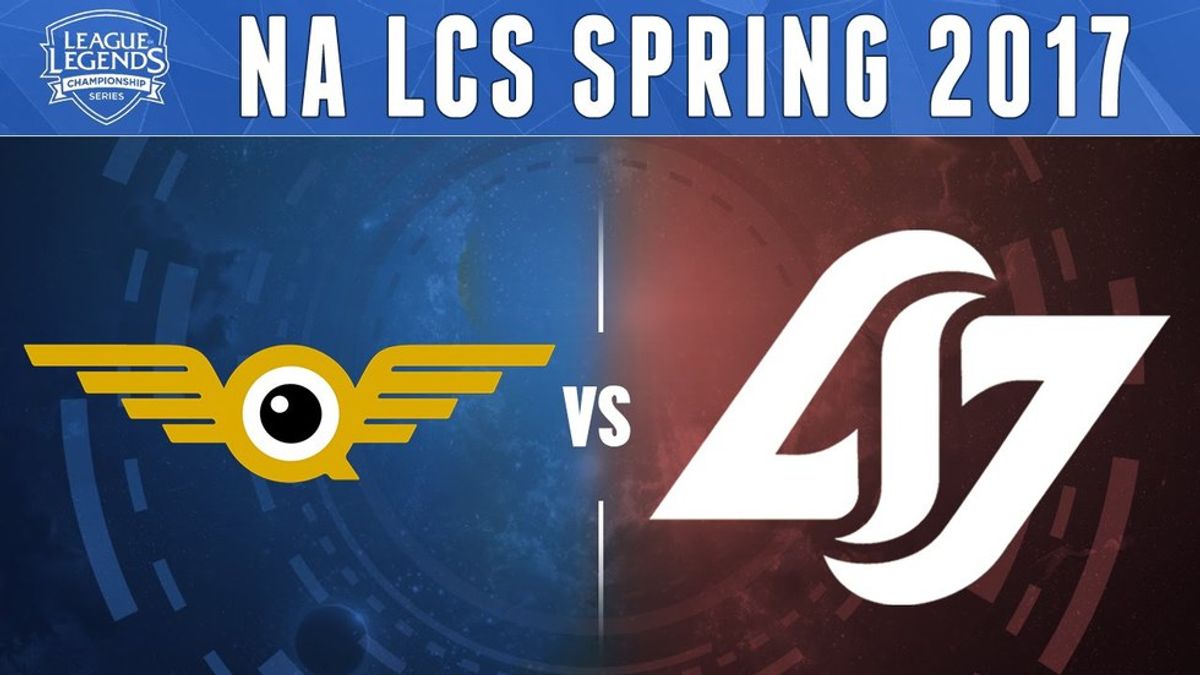 So, the League of Legends split season is underway, and even though we are just two weeks into the peak of play in all regions, there have been some interesting stand outs. One team out to prove all the nay-sayers wrong is Flyquest, and so far they are shutting a lot of people up. Flyquest, made up of old Cloud-9 and Cloud-9 Challenger members, came into the 2017 split season predicted to end on the lower end of the NA LCS. Their Mid laner, Hai, was criticized for a lack of depth in his champion pool, while their Jungle, Moon, was over looked by other plays, such as Xmithie, Dardoch, and Reignover.

However , after a dominate 2-0 series over TeamEnVyUS, who has been facing a line-up issue, the community was surprised but widely passed the win as brief flicker of life in the team. Their next match, against a revitalized Team Liquid, was a bit sloppy in spots, but reaffirmed their ability to win matches. Flyquest went 2-1 in that series with stand out preferences by Hai and Moon, and with that brows started to raise. Flyquest had been criticized as a lot of mostly washed up pros who managed to get out of the semi-pro challenger scene for one final lackluster run, but they look like a strong play off team. Today, January 27th, Flyquest faced off against CLG, the oldest competitive League team, and they put on a clinic. The team stands on top, with a 3-0 match record, and an overall record of 6-1. Perhaps a complex and well thought out plan to manipulate the new 10 ban system, along with solid communication being an all English team, and their experience on the competitive scene has pushed Flyquest into top 4/3 territory if they continue to play as well as they have.

Sure, the season is still young, and 15 matches remain,but Flyquest looks stunning so far. Hai has the most MVP points in the region, and looks to continue to be the leader of the squad, Balls and Moon look to grow more and more into their role and continue to grind out constant performances, while their duo, Altec and LemonNation, look to continue dominating the bot lane and sway team fights in the favor of the team later in their games. All that remains to be asked is how far can Flyquest take this momentum? Do they have what it takes to remain on top of the NA LCS, and make it to the playoffs in Vancover? All that, and more, will unfold in the weeks to come.

Some Upcoming Matches for Flyquest (with opponents current match record):