Here's the the realists who are afraid to dream. 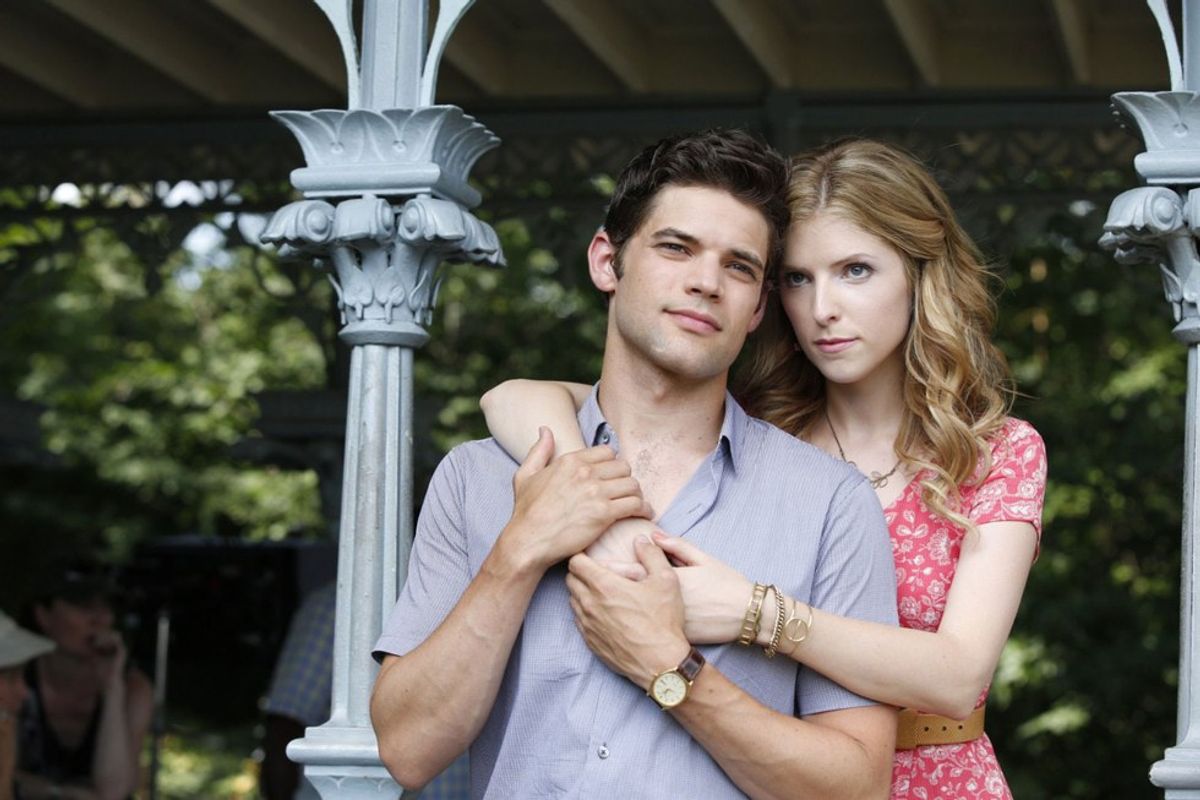 "Here's to the fools who dream, foolish as they may seem." That's what Emma Stone's Mia sings in her audition at the end of 2016's favorite movie, La La Land. And that's beautiful, but not realistic.

If the last year taught me anything, it's that things do not always end up the way you want them to: The bad guys can win. Sometimes you have to say goodbye to the constants in your life. Dreams are pretty, but not likely to come true.

There's another musical movie about two people finding love and the quest for artistic accomplishment coming between them that came out in recent years. The Last Five Years was a small, independent movie that came out in February 2015, based on the Off-Broadway hit by Jason Robert Brown that was met with mixed to positive reviews and a limited release. It's a shame more people did not see it, because it is a lesson in not giving in to the "Hollywood-ized" love story, like the one portrayed in La La Land.

The two films are very similar at first glance. Both are largely two man shows. La La stars Ryan Gosling's Sebastian, a aspiring jazz pianist, and Emma Stone's Mia, an aspiring movie actress. The Last Five Years has Jeremy Jordan as Jamie, an up and coming novelist, and Anna Kendrick's Cathy, a struggling musical theater actress. One takes place in glittering idealistic Los Angeles, the other finds it home in realistic New York City (and for a little while Ohio). Neither have a particularly happy ending. Both have hummable music and flashy dance moves.

The Last Five Years shows a couple that despite being in love, just doesn't work. It is told almost entirely through song, alternating between point of views and times in the relationship. Cathy begins the film at the end of their five year love and then it shows Jamie during one of the first dates, going back and forth until reaching the end when first date Cathy is singing to Jamie as he leaves his ring and a goodbye letter. They are utterly charming at the peak of their romance, about mid-way through the film, but they have serious flaws that cannot be ignored. Jamie is arrogant and self-destructive. Cathy is jealous with low self esteem.

It seems like the end of the world when it doesn't work out, but breaking up is what is best for these two. They pull it each other down more than they lift each other up. It is an unhealthy relationship.

La La Land only really shows Mia and Sebastian as perfect artistic snowflakes who are destined to dance in the stars forever. Their one fight is about him "selling out." Sorry, Mia, but in the real world, you're not always doing what you dream. You have to go out there and make money in order to live (Sorry, I really didn't like Mia). They struggle, that's for sure, but then BOOM! Someone liked her ridiculous little one woman show and now she's going to be a movie star, leaving behind Sebastian, who finds some success himself, finally opening his piano bar. It's the American Dream! Except, not.

Life is not all bright colors and flashy dance breaks.

The characters in The Last Five Years are so much more relatable.

I can relate way more with Cathy's failure and her desire to be more than what is expected. She is her own worst enemy. She is petty and jealous and sometimes unlikeable. But she's human. Sure, the breakup is devastating, but there's hope. She has to step out from behind her husband's shadow to hopefully find herself again. It's a process.

Jamie, on the surface, is the villain of their story. He loves his career to distraction, he ignores Cathy's insecurities, and he cheats on her. All of that is horrible, but it's more complicated than that. Life's more complicated. In "The Schmuel Song," we see Jamie putting a lot of time and effort into creating a story to convince Cathy not to give up on her dream. It's sweet and caring. It's also something they say he's done before. How many times did Cathy come home in a bad mood, oblivious to Jamie's happiness, and try to ruin the evening, only to perk up after a seven minute song, telling her how amazing she is. It can be exhausting, having to constantly bring a person out of their own pit-party. Maybe Jamie just got tired. I think Jamie is more compelling than the all the other characters in both movies.

Is La La Land a well made, visually stunning movie? Yes. Is it a good musical? I'm still undecided on that. I find it difficult calling a musical "good" if the songs are hard to hear due to bad sound design and the singers are not...um, accomplished? I understand the praise for the film, I understand the hatred. I land somewhere in the middle.

La La Land is great. I just like The Last Five Years more. I think the callbacks between the songs in alternating timelines makes the failure of the romance so much more devastating. The La La Land ending montage, showing a possible happy ending, is so colorful and romantic, it kind of ruins the impact of the couple not ending up together. As a fan of Broadway and musical movies, I recommend watching both. Go to the theaters and experience some classic Hollywood spectacle with La La Land. Head over to Netflix and watch The Last Five Years, it's tragically under-watched. The cynic in me prefers it.