'Last Chance U," A Review

A review of the newest Netflix Original. 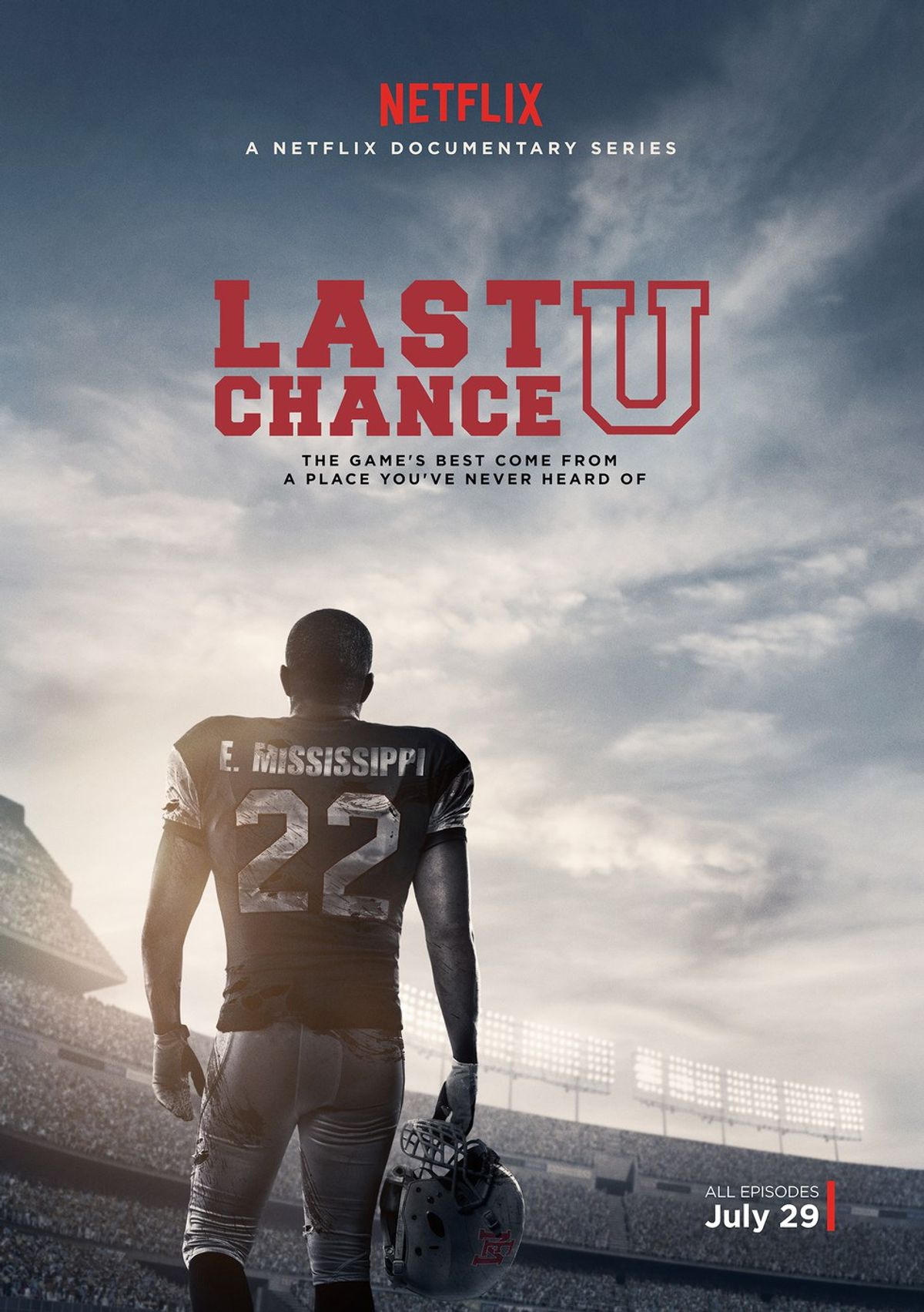 "Last Chance U" is an original Netflix documentary series about Eastern Mississippi Community College and their three time National Champion football program. In this series, you learn about how this community college in the middle of Scooba, Mississippi, population of about 700, takes kids from around the country who either haven't been recruited or have been kicked out of Division I schools and puts them together to make a super team in the middle of Mississippi.

The documentary series was released on July 29, 2016 and has gained serious traction since being released. I had never heard of this school before this series came out and I'm glad it did come out. To know that a place like this exists is a blessing to all those who think that getting kicked out of school means the end of the road or that if you're on the bench, you can't go somewhere great and play.

The series features six episodes, each about an hour long, that chronicles the 2015-2016 football season. The documentary focuses on four students in particular the most. At the beginning when you meet these students, you feel like they don't have a chance to get out of this school. Not because they lack talent, but because they lack the discipline in their classes. As the series goes on, you end up rooting for them to do better and better and hopefully pass their classes and earn a 2.5 GPA so they can be eligible to play and to graduate from this school.

Besides the students, you spend a lot of time with head coach Buddy Stephens who is an asshole to say it lightly. He gets in their faces, screams at the refs, gets ejected and suspended during the season. At the same time, he loves these kids. You get to peek into what it is like to coach a national championship contender each year. If you're someone who isn't into cursing this documentary isn't for you.

However, the real hero of the documentary, the one you can't imagine being, Brittany Wagner, the Athletic Instructional Advisor. To me she has the hardest job out of any coach or parent featured. Her goal is to make sure these kids have a 2.5 GPA or higher so they can graduate and go play DI football somewhere. We spend a lot of time with her and how she deals with each player individually and helps them get motivated or kicks their ass and gets them out of bed or calls them constantly just to get to class. To me, she is the real hero and deserves a medal of honor because I can't imagine trying to motivate students who have never had to be motivated before.

If you enjoy sports and a story with twists and turns and an overall enjoyment in seeing players and students overcome adversity, this documentary series is for you. An easy binge watch over your next free weekend before school starts or to enjoy on your labor day off.

Nicole Marie Nigro
Individual Creator
2565
c1.staticflickr.com
Where to start...... Let me start with the cliche that life throws us curveballs and what we do with it is what counts.