Keep Your Rules And Opinions Out Of My Closet
Odyssey

Keep Your Rules And Opinions Out Of My Closet

Another day, another girl getting pulled out of class for what she's wearing. 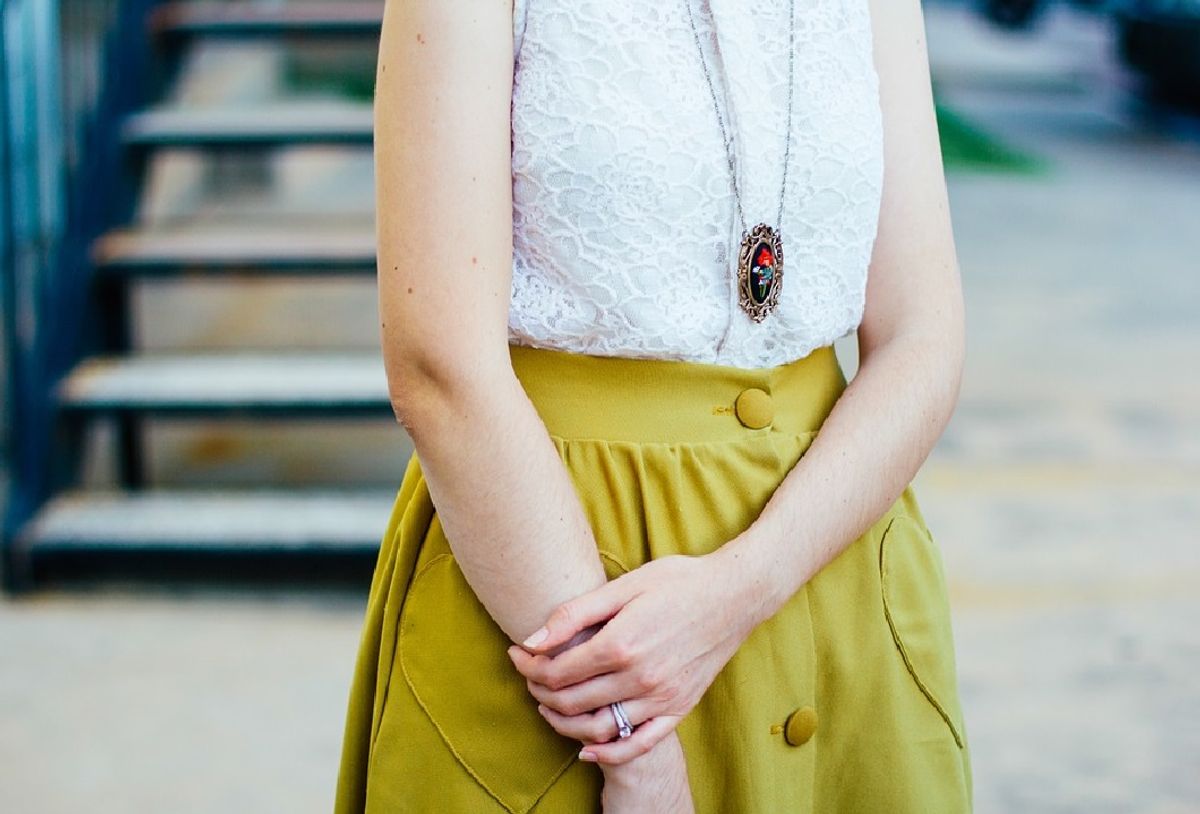 We’ve all read the articles and seen the reports on the news. A girl has been sent home for wearing a top that appears to be low cut or a pair of shorts that the schools have deemed “too short.” But, here’s the thing: each of these statements is sexualizing girls. For a lot of girls with a larger bust, practically every top becomes “low cut” and frankly, we don’t blame her for not wanting to wear a polo or oxford every day of her life. When it comes to short shorts every girl with thicker or more muscular thighs will tell you that no matter if the shorts are fingertip length when she first puts them on, they are going to ride up throughout the day. She really has no control over that; God, or whatever higher power you believe in, made her this way.

When it comes to school dress codes, Shannon and I have had different experiences. I went to public schools and Shannon went to Catholic schools. Obviously, a Catholic school is going to have a harsher dress code, but Shannon and I were both told the same thing; that our bodies are a distraction to the male mind which needs to be covered. At my school, tank tops, leggings, and shorts that did not meet a specific length were not acceptable. For Shannon, only skirts with collared shirts and dresses were to be worn. All dresses and skirts were supposed to fold under the knee when kneeling; dresses must have sleeves, and shirts (even those with a collar) could not be buttoned any lower than three fingers below the collarbone.

I have seen girls be sent home or told to put on their gym clothes for trying to be comfortable in class by wearing clothing that is weather acceptable and Shannon has seen girls be sent home because their dresses did not fold under the knee because it was considered a distraction. How in the hell is a kneecap distracting? Why is it such an acceptable thing to dehumanize women and girls in the process of maturing? Why is it acceptable to tell girls that their education is not as important as a boy's?

Saying that a girl’s shoulders are “distracting to boys” tells them that they are not people, that they are merely a sexual object and boys have no control. It perpetuates rape culture, victimization, the “boys will be boys” mentality, and instills shame in women surrounding their sexuality.

If your boobs aren’t falling out and your vagina/underwear isn’t visible then what does it matter what you’re wearing? Dress codes seem to be centered around not “distracting the boys” but what’s needed is for boys and men to gain some self-control. No one has the ability to control their minds except for them and frankly, girls are going to be a bit of a distraction no matter what they are wearing simply for the fact that teenage boys are going through puberty and their hormones are all wonky. Sending a girl home for dress code violations makes her feel shame and sexualized, causing body image issues. Not to mention, that by sending her home she is being told by school officials that a boy’s education is more important than her own and that her comfort and freedom of self-expression needs to be limited.

We’ll be honest with you, finding clothes that fit the dress code standards of public and private schools can be nearly impossible; especially in the warmer months. Why are girls being punished when clothing manufacturers do not create clothes that are deemed appropriate? On top of that, girls want to be able to wear clothing that tells the world who they are. They want to express themselves and share their uniqueness, but most clothing that fits the dress code, especially where Shannon went to school, you have to get in the grandma section. What 15-year-old do you know that wants to dress like she’s in her 60s? Oh, but we know what you’re going to say; “Why doesn’t she wear jeans or Bermuda shorts?” Well, jeans can get pretty uncomfortable when wearing them for 8 hours straight and Bermuda's are actually super uncomfortable because they can be pretty restrictive. It’s a proven fact that people learn best when they’re comfortable. The school dress code should be tailored to that comfort; after all, children are there to learn.

Another issue we have with school dress codes is, as mentioned previously, they are focused on girls. Girls get criticised, body shamed and sent home for a violation. Yet, when was the last time, if there ever was one, you heard of a boy being sent home for a dress code violation?

We’ll wait for you to rattle your brain trying to find a time when that happened.

You can’t think of a time when that’s happened, can you? Well, just wait because one day you'll see it. And where is the justice? Why are girls sent home for their shorts being too short, but a boy can walk around with his pants sagging below his behind like they’re full of crap? Why are girls sent home for wearing tank tops but boys aren’t sent home for wearing one? In case you are unaware, a girl's tank top and a boy's tank top cover the same body parts; the chest, back, and stomach. Girls are sent home wearing tank tops because it shows their upper breast tissue or their cleavage if you will. BUT, boys have the same body part and that same tissue. There are only two small differences between a girl's breasts and a boys breasts: first, that a girl’s breasts are typically larger and second, that a girl’s breasts have the capability of producing milk when she has a child. Otherwise, it’s the same freaking body part! So, if you’re going to send girls home for having cleavage, then you must also send boys home of showing off their pecs.