"Just a Phase:" The Trouble With Bisexual Erasure
Odyssey

"Just a Phase:" The Trouble With Bisexual Erasure 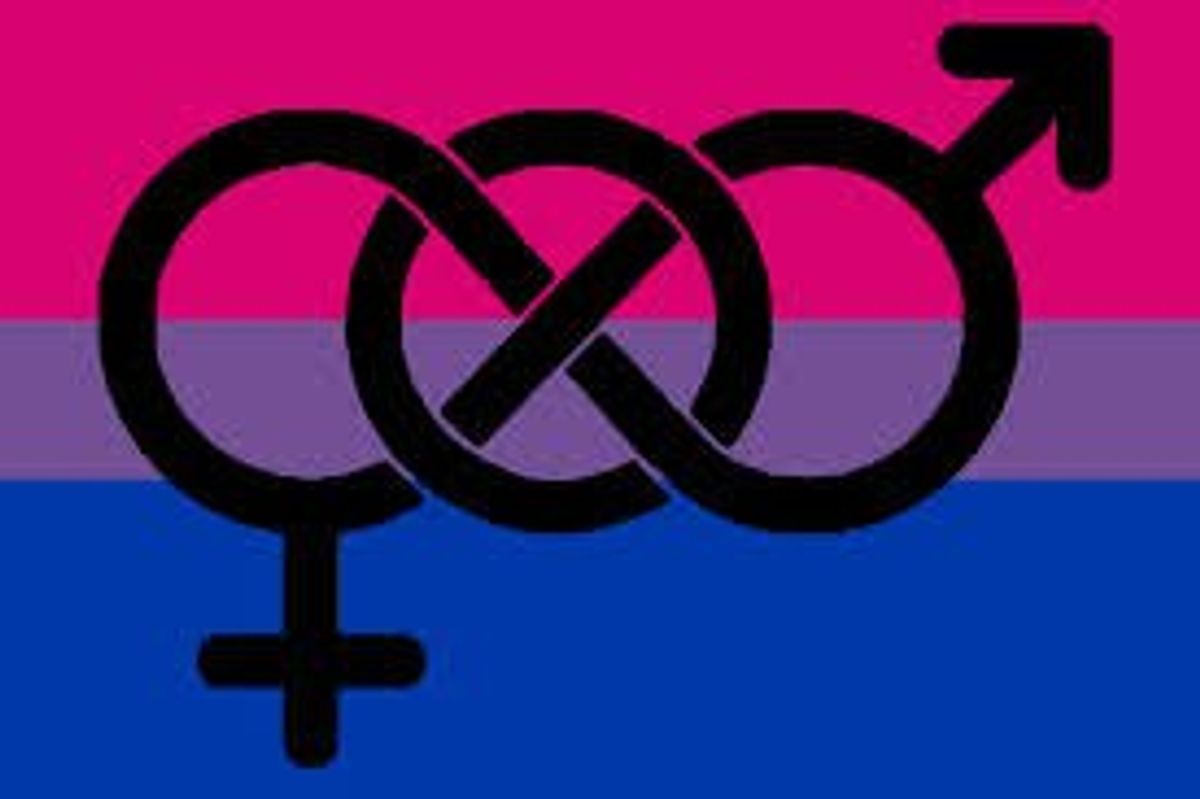 The best kept secret of bisexuality is its existence. People who identify as bisexual face a unique, multi-faceted stigma because many simply choose to believe bisexuality cannot possibly exist. Typically, popular culture treats sexuality as a binary—an individual either wants to have sex with men or they want to have sex with women. This reductionist view of human sexuality disregards the “human.” It treats sexuality as a strict set of codes that determine the way people should mate and reproduce.

Actual human experience, however, shows that sexuality looks more like a lava lamp—a flux of illumination and darkness, concealing and revealing an amorphous entity. Bisexuality does not, however, refer to confusion, experimentation or indecision, though these all do take part in sexual embodiment.

Bisexuality is the name given to a legitimate experience of romantic and sexual attraction. March marks National Bisexual Health Awareness Month, which focuses on highlighting the ways that bisexual erasure and biphobia damage the physical and mental health of individuals who identify as bisexual, pansexual, fluid, queer and those who prefer not to use a label.

Popular culture completely disregards bisexuality, although it accounts for over half of the LGB population in the United States, according to bihealthmonth.org. The treatment of bisexuality as merely a stepping stone either to coming out as gay or to reaffirming straight identity undermines the relationships of bisexual individuals and infantilizes them.

Bisexual people often experience alienation in a unique manner. Obviously, any sexual orientation that deviates from the “norm” of heterosexuality complicates one’s feeling of belonging in a hetero-normative culture. However, bisexuality leads to an additional problem. Sometimes, groups that focus on gay rights or comfortable, safe spaces for gay people exclude bisexual people.

Even when a community does not actually exclude those who identify as bisexual (or any of the terms that fall under the bisexual+ umbrella), individuals feel as though they are not “gay enough” for the community or “straight enough” for the mainstream.

This circumstance happens frequently among bisexual youths. Bihealthmonth.org reports that only 10 percent of bisexual young people feel as though they “fit in.” The other 90 percent must cope with a perpetual feeling of isolation from peers and adults. The isolation, fear and embarrassment associated with bisexuality leads to myriad psychological problems.

Bisexual erasure proposes many problems but has one particularly tragic consequence: suicide. Rejection and misrepresentation can lead to a sense of alienation and low self-esteem. Without the resources to intervene, this cyclone of depression and hopelessness kills.

The Institute of Medicine reported in 2011 that bisexual people have the highest rates of depression, self-harm and suicide among all sexual orientations. Bisexual youth, in particular, experience the greatest disparity in mental health, abuse and socioeconomic issues.

Bihealthmonth.org provides a number of troubling statistics: “compared with lesbians, bisexual female adolescents are two times more likely to experience dating abuse. Compared with heterosexual males, bisexual males are 3.6 times more likely to have experienced at least one type of dating abuse." Bi+ youth reported the highest levels of being bullied, threatened or harassed over the Internet. To disregard bisexuality is to turn away from people's pain.

Because bigotry against bisexuality tends to manifest itself in the form of disbelief, bisexual issues receive minuscule support. In fact, The Funders for LGBT issues annual report shows that out of $129 million of private funding for LGBT+ groups and organizations in 2013, less than one percent went to bisexual issues. Of that $475,000, most came from a private donor interested in scientific research. That leaves a dismal amount left for actual services to the community.

In addition, people who identify as bisexual are least likely to report their sexual orientation to a physician, likely due to fear of dismissal. Therefore, health risks that impact the bisexual community often go unaddressed. Even personal support resources are often slim for bisexual people.

Because of the perspective that bisexuality is transitory or even an excuse for infidelity, people who identify as bisexual are the least likely group to “come out” to families and friends. In addition, they rarely have access to or awareness of LGBT+ support groups, which often focus on people who identify as gay or lesbian.

Identities that intersect with bisexuality propose myriad different human experiences. Men who identify as bisexual risk being viewed as less of a man. Women have a different experience of bisexuality. Because of the fetishization of female homosexuality, bisexual women face accusations of “going through an experimental period,” seeking male attention or generally behaving in a promiscuous manner.

For trans or genderqueer people, the stereotypes and attacks become more complicated and convoluted. People hate what they fear and fear what they cannot understand. Hatred leads to cruelty. As March comes to a close, it is important to affirm all year that bisexual people exist and matter.

Emmaline B
The Narrative
4947
https://unsplash.com/photos/O0T1SIgHAfM