18 Tweets You'll Find Funny If You're In A Sorority
Odyssey
CurrentlySwoonLifestyleHealth & WellnessStudent LifeContent InspirationEntertainmentPolitics and ActivismSportsAdulting
About usAdvertiseTermsPrivacyDMCAContact us
® 2023 ODYSSEY
Welcome back
Sign in to comment to your favorite stories, participate in your community and interact with your friends
or
LOG IN WITH FACEBOOK
No account? Create one
Start writing a post
Relationships

18 Tweets You'll Find Funny If You're In A Sorority

We aren't what we seem, I promise. 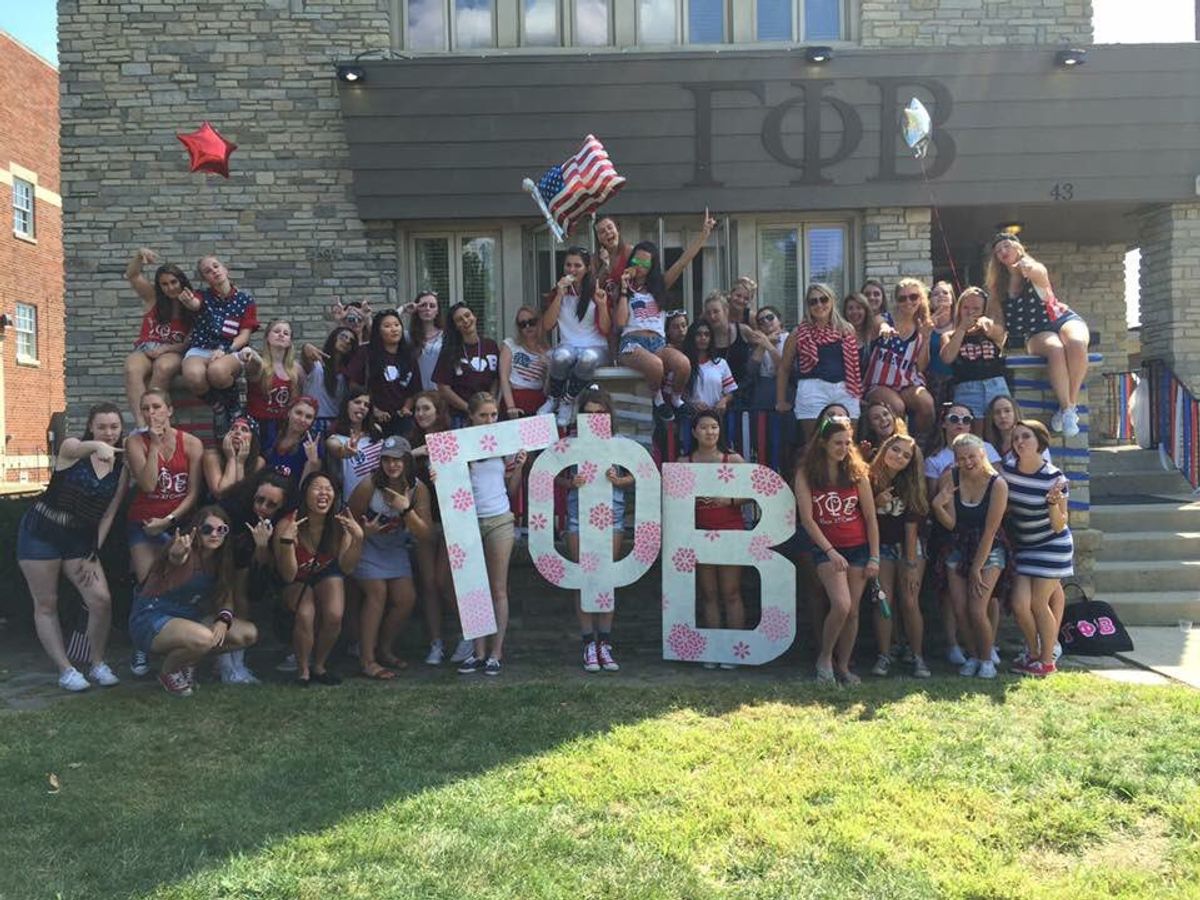 There are plenty of stereotypes about being in a sorority. Thankfully we live in the age of social media, so those misconceptions can be laid to rest with the help of tweets from people who clearly know the Greek system better than anyone. So here is a comprehensive list of what being in a sorority is like, as told by random humans I found on the internet.

1. We brunch a lot, and yes usually with dead people.

2. We throw what we know, and if you're like me you mess it up the first three times and have plenty of pictures of you throwing things you don't know too.

3. We are perplexed by the modern dating world, and won't be able to get dates in a world where our big doesn't just grab someone they know for us to take pictures with.

4. Fines are a very real thing and haunt most of our everyday actions.

6. Big/Little reveal is no joke and should be taken with Olympiad seriousness.

8. Everyone thinks that they have the best Big in the world, and everyone is right.

9. My big IS flawless though.

11. It was a life-changing, exhausting kind of running with the bulls that made me want to take a long nap in my new home.

12. It's true we really all now each other. We can spot the sorority girl in a crowd of normal people with one glance.

13. I've never heard of this srat but I'm sure they're great.

14. We just really like each other, it's not weird.

15. Recruitment really is brutal I don't care what anyone tells you. It's the Roman Colosseum but with Greeks and women instead of lions or whatever.

16. We are stronger women for having gone through it.

17. The best possible explanation for those who haven't done it.

QueenRadhi
The State University of New York at Stony Brook
3307