The media and the public's treatment of our star athletes can be more harmful than good. 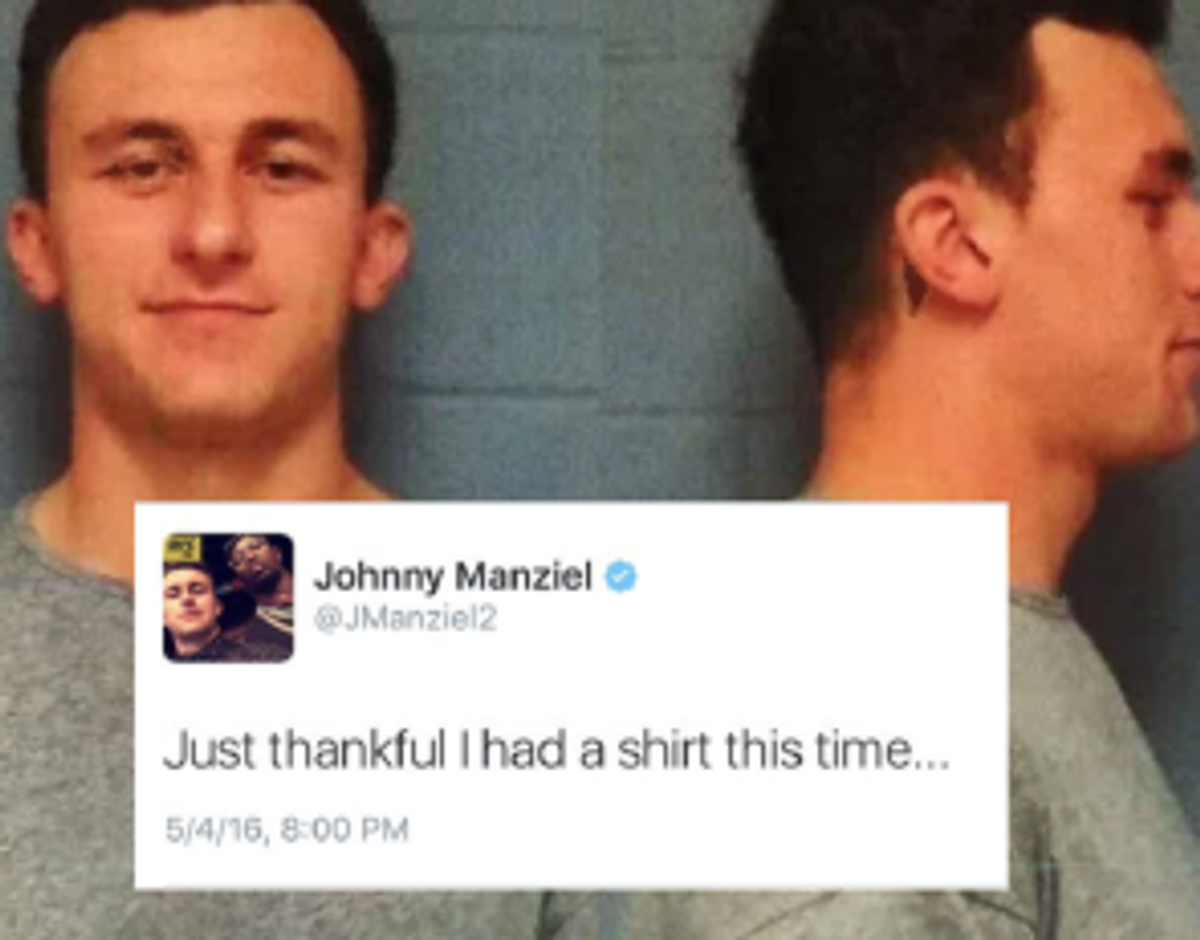 The legal trouble for Johnny "Johnny Football" Manziel has only continued when on June 30th, 2016 the NFL announced that he would be banned for four games next season on account of substance abuse and further actions will be taken against him or any team that decides to sign him.

America's Golden Boy turned Bad Boy has had this a long time coming. He started out a young shiny gem at Texas A&M where he wowed the country with his ability to slip past almost any defense and his ability to finish the play under an enormous amount of pressure. He made history in 2012 when he became the first freshman ever to win the Heisman Trophy.

Manziel was immediately written off by the media as a "kid" who made a mistake. He was just a regular college kid that had a rough night out. Even though he was almost 20 years old at the time of the arrest, he was given the pass that the media usually gives to the male athletes that we put on a pedestal. They can win us games and bring us championships so we let them get away with things that normal people would never be able to.

And Manziel's career has now become the perfect example of them. America loves to give our athletes second chances, and that's just what happened with him. He was drafted by the Cleveland Browns in 2014 and by the end of that same season was admitted to a rehab facility.

From there he only unraveled further as he was pulled over by police for speeding in his BMW and it was during this instance that his girlfriend Colleen Crowley first reported him for domestic violence. Manziel had apparently hit her so hard upside the head to keep her in the car she lost hearing in one of her ears temporarily.

In early 2016 Manziel was dropped by both the Browns and his agent, both citing that he is too much of a liability to have as an employee and a client and that his behavior was intolerable anymore. Shortly after he was indicted on an assault charge of his girlfriend to which he will plead not guilty.

Which brings us to the most recent actions by the NFL taken against Manziel. Why would they take actions against a player not even currently signed to a team in the league? Because other teams, including the Dallas Cowboys, have talked about bringing them on.

The NFL within the past couple of years has been ridden with players with drug and alcohol problems and players accused of domestic violence that has been given second chances by the organization with little discipline. Because of this, the organization has come under a lot of scrutiny from the general public about the treatment of their athletes and the message they send by not acting more firmly with players that commit violent offenses.

I, myself, am a lover of football. It is a game I have grown up watching and playing in the backyard and on the playground ever since I can remember. It is an important part of my family's life and is a way for me to relate to my older brother who played football for most of his life.

I am guilty of putting players on a pedestal. Every football fan has their favorite players, and even though their job is to play a game they are people you begin to admire and people that inspire you. So part of that job for them is to become the model citizens that we expect our heroes to be.

And yes it is unrealistic to hold humans to these kinds of expectations because humans do make mistakes. Because we want them to be on our teams and because we want to think that if we knew them in real life they would be our friends that we don't often recognize their wrong doings and they are often swept under the rug is they can run their routes hard enough.

Johnny Manziel was poisoned by this. Once he got to the NFL many turned their heads as he obviously struggled with drug and alcohol problems, someone who was obviously struggling with all the money and responsibilities that come with being one of America's heroes.