It's Never Too Late To Do The Right Thing
Odyssey

It's Never Too Late To Do The Right Thing

My conscious is clear, I have no doubts. 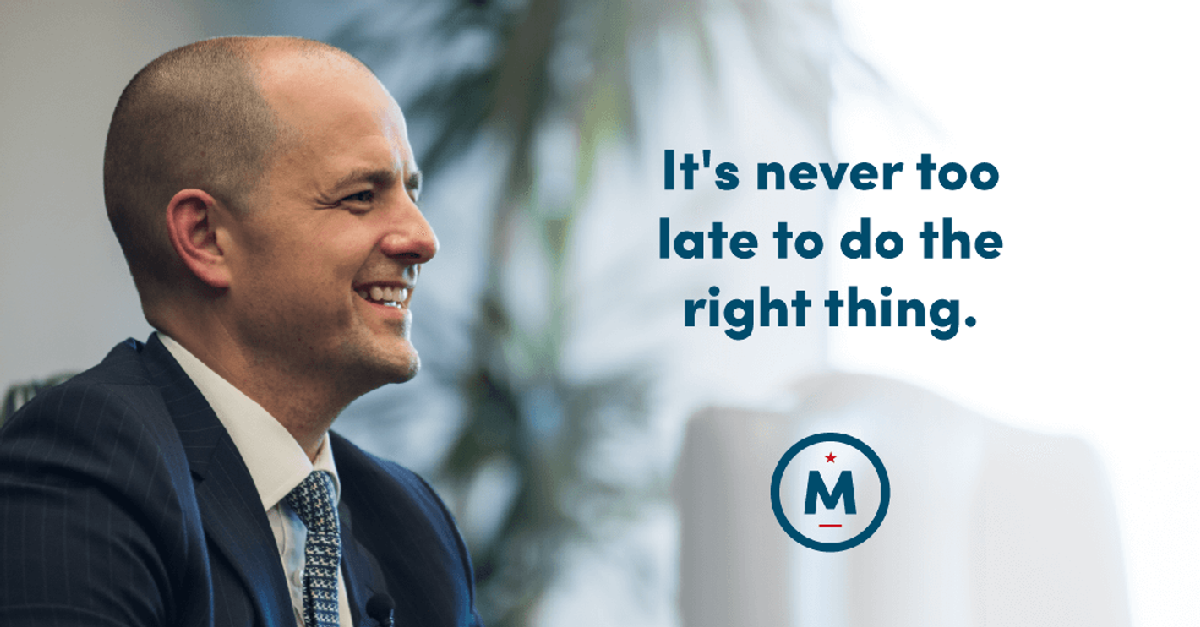 *This post will probably upset some of my family, friends, and those that I have worked with in the past. Please, take time to read this out and understand my decision.*

By all regards, the 2016 Presidential Election is a disaster. Unless you're head over heels about Donald Trump or Hillary Clinton, which a majority of America are not, then you've probably dealt with the same struggle as the rest of us. Who do you vote for? I identify as a Conservative, both economically and socially (save a few opinions.) For me, I sit and watch Hillary Clinton, who obviously does not have the same views and positions as I. I also sit and watch Donald Trump, whom I can't figure out what he really wants. He's flipped more times that I can count on issues that matter to me - not only over the years, but within this campaign it self. I've watched as countless accusations mount against both candidates, and if the accusations are true - both should be in jail.

I've told some people this, and these are common questions/statements I get in response, along with my commentary;

"Aren't you wasting your vote?"

I get this question, but I have a simple response for it. If I vote for someone that I believe in, that I trust, and that I think is capable of doing the job, is it really a waste? It's an easy choice for me - he's the best of the group. Even if he doesn't win the state, I don't see it as "wasting" my pick. Just like if you voted for someone you believe in, it's not "wasting" the pick.

I hate this response. Georgia has been a deep red state since the 1992 Presidential election, when Bill Clinton was elected. Even in 1996, when Ross Perot jumped in the race, the Republicans pulled the state. If my write-in vote for McMullin is the deciding factor for Clinton to take the state - then I'll wear it. Don't blame me, GOP, for Donald losing a Conservative hot spot.

How, exactly? McMullin is a conservative-independent candidate. If anything, he's splitting the conservative vote - liberals will like vote liberal.

"He doesn't have a chance in Georgia - why spend the time joining his campaign?"

You're right. He doesn't have a shot in Georgia. I think the latest projections for the state have Trump and Clinton in a tight battle, with Johnson, Stein, then McMullin, respectively. However, there is a much bigger picture, along with a future that I find very unstable.

Now that those responses are out of the way, let me give you a few points on why I am voting for Evan McMullin;

1) I agree with most of his policies.

Evan is one of the few conservative candidates in the race. Darrell Castle, Consitution Party, and Tom Hoefling, another write in candidate, are others. While both have views on issues that I agree with, I don't think either will be suitable for working with Americans of all backgrounds. I fear that both are too radical for unifying our country, even too radical for my own liking.

2) McMullin is a unifier.

I think we can all agree - Hillary Clinton and Donald Trump are not two people that we see unifying our country. If you've watched or listened to McMullin speak, it's easy to see how he's made a dent into the 2016 election. Especially with his recent Town Hall in Atlanta with Sho Baraka, take a look for yourself. Evan would rather us work together, than to tell someone he doesn't agree and won't listen.

3) It makes a statement to the GOP.

Those that have been lifers to the Republican Party (yes, I understand that I am 24 - I haven't had nearly the experience with this as others,) have cringed throughout the duration of this year. Reince Priebus has been a disaster as the chairman of the RNC. He is weak and not willing to stand up for the beliefs that I thought my party had.

This is a chance to make changes. It can come in a few forms. It could signal the beginning of the end of the Republican Party, with a new, innovative, in touch party taking it's spot. It could be the "purge" of elected officials that do not share the views that we have. Either way, it could be the beginning of a reset for those that align ourselves to the right.

4) There actually is a shot that he can win.

It would take quite a series of events, but McMullin could actually win the election. Evan is currently in a technical tie with Donald Trump for the lead in Utah polls. Utah, one of the historically red states that almost always has a landslide win in favor of the Republican, is starting to lean towards an independent candidate.

If Evan wins Utah, that boosts his chances even higher. The goal is to keep Trump or Hillary from reaching 270 electoral votes. Winning Utah could do that if Trump manages to take a couple of swing states. The chances get even better if McMullin grabs a surprise state, or if Gary Johnson can pull New Mexico, or another state.

If neither candidate gets to 270, then the vote goes to the House. Then we could really see the elected officials that refuse to back Trump come into play. You can read much more about this at fivethirtyeight, a statistically based site that is projecting the election - almost to the minute.

5) It gives me a clear conscious.

I have never been behind Donald Trump or Hillary Clinton. I was on the campaign trail with the Ted Cruz team, and was perturbed by a lot of things said and directed towards Cruz from the Trump campaign. Now, the Cruz ship has sailed, and like he stated at the convention, "Vote your conscious."

Well, unlike Ted, my conscious does not lead to Donald Trump. My conscious leads to Evan McMullin - the unifying conservative, who is working to change the very Republican Party that I've been associated with since I turned 18 (really longer than that, but legally speaking.) I don't come to this conclusion based on comments that have been made by Trump. Who was REALLY surprised by those comments? Come on now, we've all known that Trump is and has always been like that.

My conclusion comes on what I think it best for the country moving forward. In 20 years, when my kids bring home a history book that talks about the 2016 Presidential Election, I can't wait to be proud of who I voted for.

Early voting has already started in Georgia, but if you haven't already voted, make sure you vote for someone you believe in and can trust. If that person is Donald Trump, vote for him. If that person is Hillary Clinton, vote her. Likewise with all the other candidates. If you want to, feel free to check out Evan McMullin's website - or ask me any question you'd like.