Because there is so much more to me than a picture 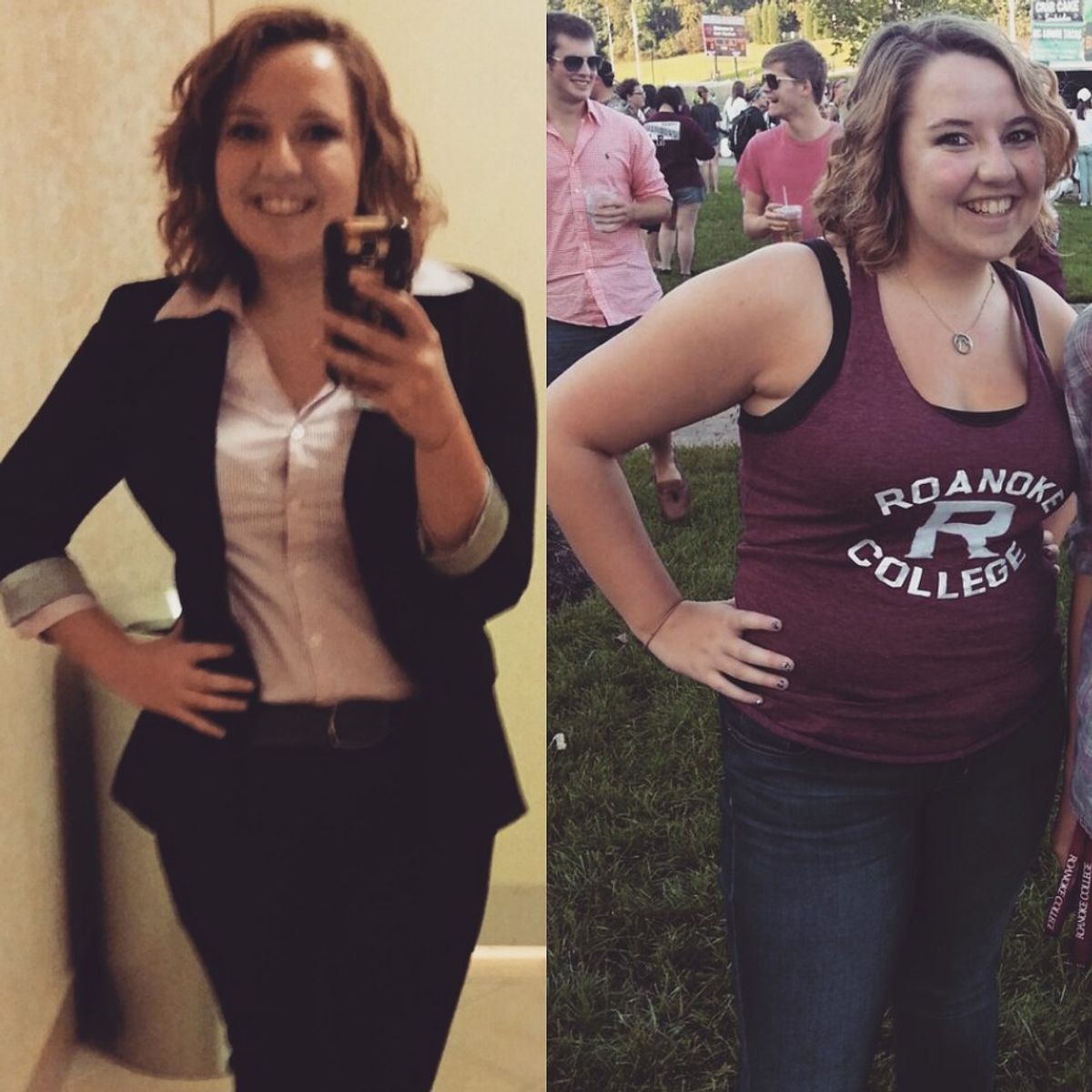 Do you ever look at a picture of yourself from a few years ago and think things like "holy crap, how can that be me?" or "jeez, how did I leave the house before this?" or "wow, I really glowed up." If you're feeling particularly brave, then you may post a picture or two online congratulating yourself on how far you've come. Or maybe you'll write a message about how "it get's better" and how much more fun life is now that you're not "ugly" anymore.

But have we ever stopped to think why we do things like putting our past selves down in order to showcase how "hot" we've gotten? What are we really trying to say when we post things like that? The reason I'm asking these questions is because I am one of those people. I am a girl who posts "look how hot I am now" pictures and statements on the internet.

The first time I did it, it was my freshman year of college. I'd had to go into the security office to get a new ID since my original had stopped working for whatever reason. Part of getting a new ID meant that I'd have to have a new picture taken. I didn't really think much of it until I saw my new picture compared to my old one. As it turns out, a new hair cut and getting braces removed does wonders for beauty. The pictures couldn't have been taken more then a few months apart, and yet I looked like almost a completely new, prettier person. Wanting to show the world my success in becoming "pretty", I made a side by side collage of the two ID photos and wrote some quip about how "miracles really do happen."

A few more months went by and little by little, I noticed that another thing about me had changed; I was losing weight. I've always been a relatively big girl and had been struggling with my weight for around ten years. From ages twelve to eighteen, I tried everything between dieting, taking supplements, and a even a few insane gym routines and nothing seemed to be working. Yet, for whatever reason, the summer between my freshman and sophomore year, I dropped almost twenty pounds. Ecstatic with my discovery, I posted yet another "it get's better" post online, this time highlighting my body. That was the first time I not only reached, but surpassed "white girl heaven", aka 100 likes on Instagram.

More months passed and I kept "getting prettier" without really trying. And with every new discovery, I would post yet another picture collage highlighting my success in slowly but surely becoming aesthetically pleasing. And just like the time before that and the time before that time, the Instagram and Facebook likes skyrocketed.

However, it wasn't until a few weeks ago that I started realizing that there was something harmful about these posts. I was scrolling through Instagram and I saw that a person I follow posted a "Transformation Tuesday" type picture, complete with the side by side comparison and an "it gets better" type caption. Sound familiar? I went ahead and "liked" the picture, but as I did, I noticed something a little odd. In the caption, she joked about wondering why she didn't just wear a paper bag over her head since she was "so ugly" in the first picture. But here's the kicker, in both pictures, she looked beautiful. Stunning, in fact. As I stared at this picture, I couldn't help but feel a pit in my stomach. Why was this beautiful girl comparing two pictures of herself saying "it get's better" when there was nothing wrong with her in the first place?

The answer didn't come to me until a few nights ago. I was on my phone, half-heartedly making yet another side by side comparison with two photos of me, taken a little over two years apart. This was perhaps my most obvious "transformation" photo set, featuring a rather horrible picture of me graduating high school with a recent (good) picture of me going to a party. I wrote out another BS caption about how "it gets better" and right when I was about to hit "post", I stopped short.

As I stared at this photo set, I reflected on my real reasons for wanting to post it. Yes, I did look significantly "prettier/hotter" in the newer photo and while that's all well and good, it's not the most important thing about me. It's not the most significant change that I've had in the past few years. Better yet, there really wasn't anything wrong with me in the older picture. I was just as beautiful then as I am now.

The point I'm trying to make here is not that you shouldn't be proud of your achievements or that you shouldn't want to flaunt your success in bettering yourself. By all means, be proud! Be confident! But don't put your past self down to get your point across. The thing is, "it got better" for me when I started letting go of all that superficial crap. It got better when I started being nice to myself when I looked in the mirror.

It got better when I started loving myself.