A satire displaying our undying need for acceptance. 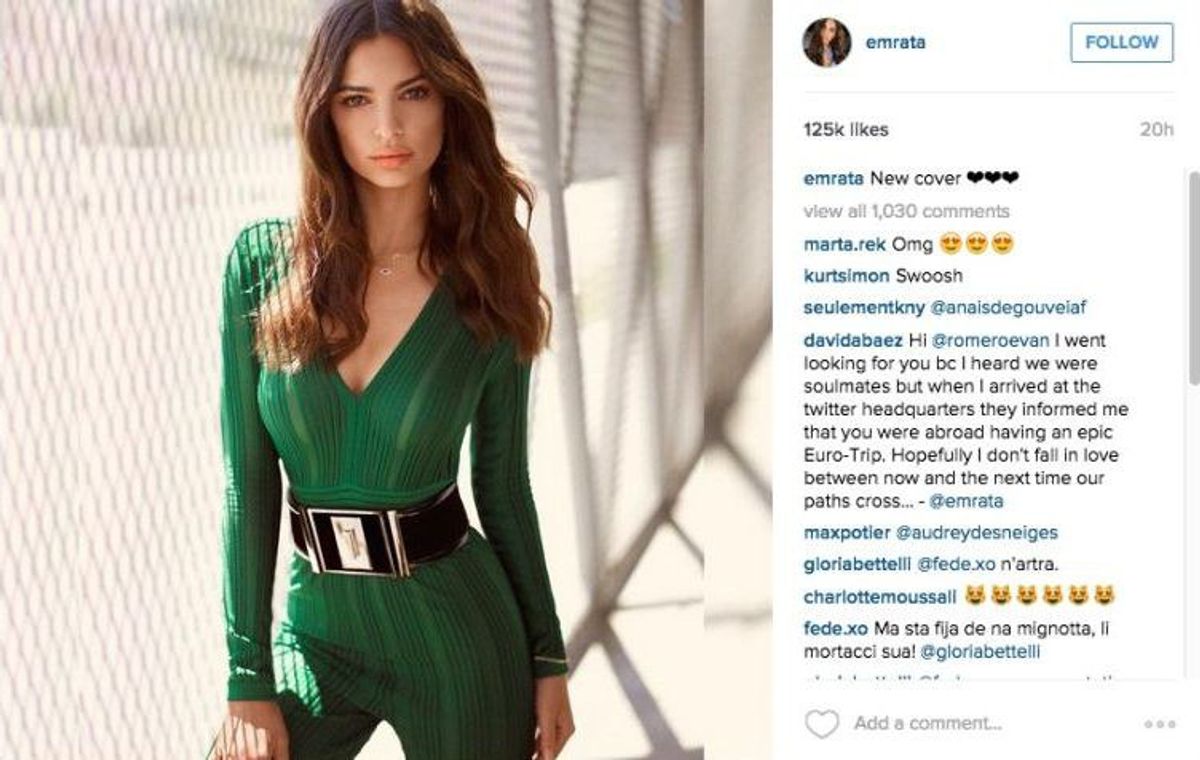 Franks was headed home for the holidays and was awaiting Flight 1225 back to Chicago. Witnesses noticed that Franks was enthralled in her phone, but decided that it wasn’t anything important.

“I was uploading a picture to Instagram,” Franks told ABC News reporter Brittany Koss. “Last night, I went to a Beanies & Bikinis party and I took the hottest photo with my sorority sisters. I was just trying to show my 1334 followers how good I looked.”

Franks carefully adjusted the brightness to make her eyes unnaturally blue and the saturation to color her skin a healthy shade of orange. The Valencia filter and the caption: “spring break ready, lol,” ensured that her frat star crush would be impressed.

However, something went terribly wrong.

As Franks moved her freshly polished finger over to the "share" button, her iPhone6 screen went blank.

“All that I saw was the girl clutching her chest and wheezing,” noted Michigan junior Matt McClure. “I would’ve helped her, but I was trying to choose a filter for my flex pic. Defining my bicep curves was the number one priority at the moment.”

Paramedics rushed to tend to the teen who was lying unconscious on the airport floor. She was transported by ambulance to Mercy hospital after refusing to allow a medic to touch her phone in between gasps.

While struggling to breathe into the oxygen mask, she demanded her phone charger from her Louis Vuitton suitcase next to the driver. After one of the medics handed it to her to silence her, she ordered him to plug it into the electrical outlet.

“I tried to tell her that the only outlet was occupied by the cord to her oxygen mask,” EMT Jason Confer, 31, told reporters. “She continued to be a flat out b*tch and started to violently kick her feet and move her arms.”

After Franks came to terms with the fact that there were no available outlets for her to charge her phone, she demanded that he call an electrician to install one.

“She wouldn’t shut up. At one point I considered unplugging her mask,” Confer admitted.

“I was afraid that I was going to miss peak Instagram hours. I needed as many likes on that picture as I could possibly get and I wasn’t going to let a stupid heart attack stop me," Franks noted from her hospital bed.

Franks underwent coronary angioplasty when she arrived at Mercy because of the severity of the attack.

As a result, Franks has received a plethora of condolences. She, however, isn’t satisfied.

“Nobody can fix the fact that I no longer have the prime opportunity to upload my picture,” she stated. “Sure, they can slap a few bandages on my heart, but they’ll never be able to turn back time.”

Updates on Franks’ follower count are to be reported at a later date.