Why Trigger Warnings Deserve A Place In Higher Education
Odyssey

Why Trigger Warnings Deserve A Place In Higher Education 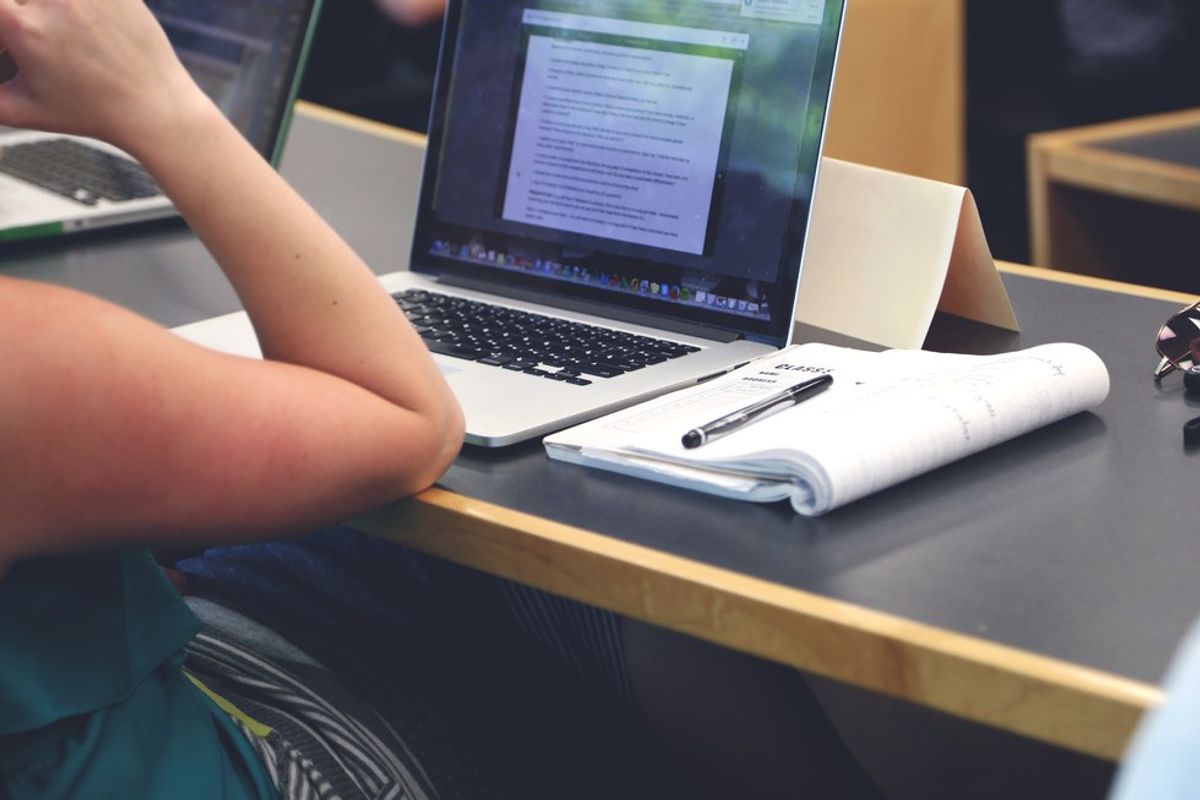 I'd already planned to write an article about trigger warnings before a professor of mine made me aware of the letter shared by the Dean of Students at the University of Chicago. But with the UChicago controversy creating a rage on social media, I figure now is a more relevant time than ever to share my thoughts on it.

Over the past couple years, I've heard the term "trigger warning" mentioned more on college campuses. And by more, I mean all the time. I've used and heard the term for many years, but only recently have I been hearing it used in more public places, with an increased awareness of the definition and how it relates to a notable number of the population.

However, not everyone seems to be aware of the significance of trigger warnings, a more accurate definition of what it means, or how triggers can affect people. Often times, just mentioning the term "trigger warning" earns a scoff or roll of the eyes from whoever's around to listen. For some reason, it's gotten a bad rap as a contributor to the stereotype of the ultra-sensitive and lazy millennial generation.

First of all, there's a spectrum regarding the severity of reactions a person can have to a trigger, and there are times that the reactions may be more impacting than others. But more on that in a moment.

After checking out the notorious letter written by the University of Chicago's Dean of Students, my impression is that he appears to have a skewed idea of the function of trigger warnings. He seems to imply, for example, that the use of trigger warnings equates to a lack of freedom to discuss or teach sensitive subjects.

I don't believe potentially triggering subjects should be omitted from course syllabi and set aside at the risk of creating discomfort in students. Many distressing events have occurred throughout history and remain relevant to current events, which makes them important to learn about. Events like those related to racism, sexism, homophobia and war. Because of that, I believe complete omission—especially in courses teaching women's studies, history, sociology, etc.—does more harm than good by enabling an ignorance of subjects that are obviously significant if they can create such impactful emotional reactions.

However, I'm not sure I understand why some people get so heated about their opposition to trigger warnings when the subject comes up. I mean, getting aggressively oppositional whenever someone dares mention the word "trigger"? Now who's being sensitive? I tend to get heated about the subject too, but while opposition to trigger warnings is typically rooted in being annoyed by it, my attention is out of legitimate concern for the well-being of others.

All trigger warnings do is give people a heads-up. It doesn't, or shouldn't, create limitations for professors on the content they teach; rather, giving warnings allows students to either prepare for the discussion of topics that make them uncomfortable, or drop the course for either the time being or indefinitely.

That sounds a little sad, for a student to drop a course because it explores subjects they're uncomfortable facing, right? But remember this: it's the student's choice. By the time we reach college, most of us are adults, and therefore can make our own decision to drop or add specific courses. Whether others feel it's a mistake or not is really not the other person's concern, even if they believe the student's reasoning is petty or inconsequential. The professors don't deserve blame for what they teach, and neither do the students for deciding the subject matter may do more harm to them than good.

In general, we do need to learn about things that make us uncomfortable; the world isn't always a comfortable place. But if you think trigger warnings only enable extreme sensitivity and are deserving of scorn, then I'm going to tell you that you are woefully ignorant. You, in all likelihood, have not witnessed the detrimental effects of unexpected triggers. Exposure to a trigger someone isn't prepared for risks reactions ranging from sweaty palms and extreme discomfort, to dissociation or flashbacks that may render a person unable to stay grounded in the present.

I've seen it. In my own panic of naivety and confusion, I've been the friend rubbing the back of, or keeping a close distance to, friends who were experiencing so severe a flashback in response to a trigger that they became unaware of their present surroundings. Shaking, sobbing, crying out at some invisible scene they're replaying in their minds that has become more real to them in that moment than the friends sitting beside them. They weren't weak for their reactions, but survivors of horrible circumstances, which is actually a testament to their strength. And before you suggest it or put it into reaction, those reactions are not something a simple "keep calm" or "just don't think about it" can fix.

Should a person vulnerable to such severe reactions be attending college classes that have the potential to provoke such alarm? Probably not. That level of disrupted functioning likely requires more intense intervention, supervision and care. But not every reaction to a trigger is so extreme. Triggers can cause different levels of discomfort, some of which are more manageable in a public setting. Therapeutic approaches such as cognitive behavioral therapy (CBT) and dialectical behavior therapy (DBT) may help in providing coping skills to do so.

But triggers are not something to laugh at. Even triggers that may not make sense to you or sound silly. They don't have to mean anything to you, but they mean something to someone else, and it's not your place to question their significance. So, yes, if you laugh at the idea of trigger warnings, or laugh at people who do believe they're important, then I believe your ideas on trigger warnings are naive. I'm not saying I'd wish for others to witness the devastation of watching someone they care about struggle with something that hurts them so deeply, but the existence of triggers needs to be acknowledged and taken seriously.

Not all triggers can be accounted for in classroom setting, and I doubt every college professor will adopt the concept of placing a warning in their syllabus, if applicable. I'm a college senior and I've probably only heard two or three professors either verbally or in a printed document relay a brief warning regarding subject matter within the course. And even then, the term "trigger warning" wasn't necessarily present. There may not be a need to use the term specifically as long as there's some sort of word of caution, but using it may make it more easily identifiable by those who would benefit from it.

Ultimately, I believe a clear heads-up in a classroom setting isn't too much to ask. I don't believe professors should feel limited with what they can and cannot teach either, or be admonished for the subjects they broach as long as they use respectful language that doesn't cross the line of professionalism. As I mentioned, adding an extra bolded sentence or two in a syllabus, or better yet, verbalizing a brief note of caution the first or second class session, shouldn't be all that difficult. I don't think it's realistic to expect professors, or anyone for that matter, to recognize the potentially triggering nature of everything they discuss, but the more obvious subjects should be easy enough to identify. Doing so doesn't create a designated "safe space" but it does provide a sense of safety for students that are hopefully more interested in learning than anxiously anticipating uncomfortable times in the classroom.

Providing trigger warnings isn't coddling. In terms of opposition to it, it's not worth getting heated about. It's a simple act of consideration that doesn't need to be scorned or deemed questionable in higher education environments.