I Am A Pro-Choice Christian, And Here's Why
Odyssey

I Am A Pro-Choice Christian, And Here's Why 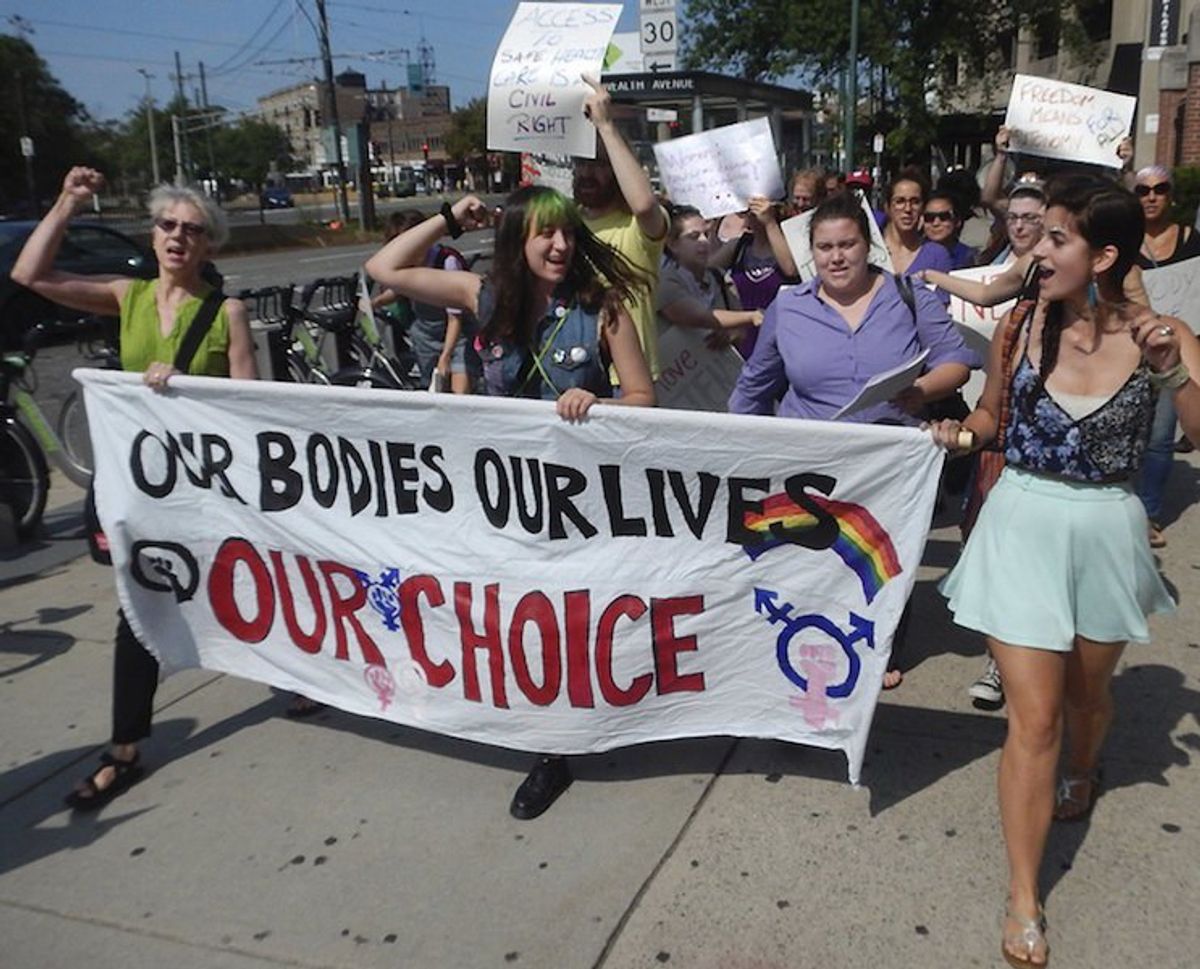 You either clicked on this article because a) you think I'm a horrible human being, or b) you think you are going to agree with what I have to say. Either way, it's important for you to read this article to understand what I am truly trying to say.

You can be pro-choice, and pro-life, too. Just because I think abortion is a woman's decision does not mean I would partake in the act myself. Of course, I would rather see a pregnancy go full term, and have the child put up for adoption over the fetus being terminated. But at the same time, I understand why some women would choose to have the pregnancy terminated instead.

Imagine being raped, and being forced to give birth to the child of your rapist. Imagine carrying your rapist's child for 9 months, being reminded every day of the horrible act that was forced upon you. Watching your belly grow, knowing the child inside has half of the genetic makeup of your rapist. How could you think that is just and fair? How can we expect a woman to go through that? I don't think we should.

SEE ALSO: What Do Men Think Of Abortion?

Imagine being over-the-moon when you find out you're pregnant, only to learn that the pregnancy and delivery could end your life. Each trimester bringing you a little closer to the detrimental fate of your pregnancy, either you or the child will not survive the delivery, and you can't do anything about it. No matter what one life will be taken on the delivery day, and the odds are it will be yours. Why should we value one life over another? A woman's life and ability to choose should be just as important to us as a fetus'.

Can you even imagine being a victim of incest? We are so ignorant to what other people go through, and incest is one we hate to even think about. Can you imagine your father, the man who is supposed to always be there to protect you, sexually abusing you and impregnating you? I can't, and I hate to even think about it. But it is a reality for many women in our country, and how can we expect those victims to carry their father's child for nine months. Then, imagine being forced to give birth to this child, knowing it could be physically and mentally handicapped, as many incest pregnancies are.

I believe a mother's life should always be valued over a fetus', and if you think that makes me a murderer then so be it. I am pro-choice, not pro-abortion. I believe in God's love and forgiveness, and do not think he would want to see a mother suffer during pregnancy or delivery.

You can label me whatever you want, but ask yourself: Why are women's reproductive organs a political issue? Men are the majority of politicians, and they will never have to worry about any of these scenarios, so why should they be responsible for deciding what a woman can and can not do in them? My ovaries and uterus should not be a concern to anyone other than myself. Until a man can get pregnant, I do not think they should be making decisions for my body.

I do not think politicians should be able to force unwanted pregnancies on women when their same political party will not care about it once it's born. All of these politicians want to see every fetus born, but they do not provide financial support for it when its mother can't afford to do so. They want to see every fetus born, but won't want to protect it when it's born into a culture of crime. How can you be against abortion, but also against welfare?

If you want every fetus to be born, you have to understand the environments in which they will be raised. Just because you have a roof over your head, food on the table, and a loving family doesn't mean everyone does. Children born into poverty are not guaranteed those basic necessities, and your tax money will have to go towards them when they don't have one or all of these needs.

Just because I am pro-choice does not mean I am anti-life. We, as a country, need to understand that.

Caitlin Marie Grimes
University of South Florida
9124
Beyond The States