I'm Dating My Best Friend's Ex, But It’s Not What You Think
Odyssey

I'm Dating My Best Friend's Ex, But It’s Not What You Think

"I've got my forever, maybe he will be yours." 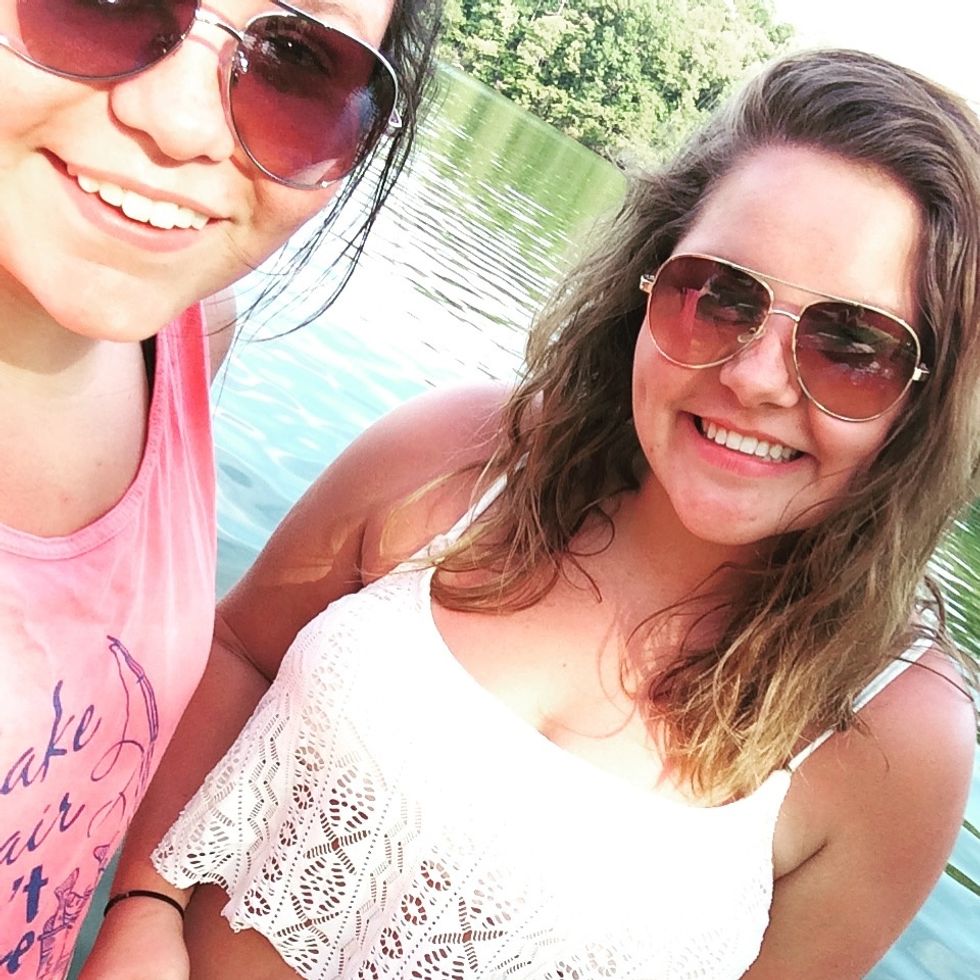 My current best friend was also my high school best friend. Her high school boyfriend was a close family friend. After graduation, she knew that he wasn't her forever, and though it was hard to cut ties with someone she'd shared her life with for the better part of her high school days, she stepped out on faith and ended things. That was three years ago. Since then, she's found her forever.

She's found the one whom her heart loves, and they're set to be married a year from now.

While she was cultivating her relationship with her now fiancé, I was struggling my way through dead-end, short-lived relationships. She was there to support me through every heart-ache, failure, and Chinese food binge, and she continues to be a treasured confidant. Which made it strange when her ex from high school texted me six months ago. He's always been a close family friend, and we've kept in touch despite him going on to date other people after my best friend, but these texts were different. These texts were flirtatious and long-winded. These texts felt wrong.

It was as if I was betraying the person I am closest to, and I decided I had to talk to her immediately.

At first, I decided I needed to end the whole correspondence with him. What would she say if she knew I was entertaining such a notion? We had only been texting regularly for two days, but I couldn't keep such a secret, and I didn't want to. I explained the situation to her in detail. I offered to show her the messages, and I was completely mortified by what her response might be. I wasn't sure if I liked him, but I was sure I didn't want to lose my best friend over it. She listened to me babble on and on dramatically and frantically as I do about almost every situation I find myself in, and when I was finished explaining the entire situation, she spoke.

I've been reminded many times why she is my best friend. When we were co-captains on the volleyball court, riding the buses, complaining about the heat, and singing at the top of our lungs, I knew she'd always be the one I'd want to act crazy with. On the day we had our first real fight, we forgave each other almost instantly. I remember thinking, We've made it, she's the one that's going to stick around.

When we almost died riding a RZR because of a cow, I knew there was no one else I wanted to experience near-death situations with.

Because she continually accepts my apologies for things I should've known better than to do, I am grateful for her. She is patient when I make declarations about my life and then completely turn away from my own decisions. She is not judgmental of me, she is not full of malice. She supports my crazy schemes, she carves pumpkins with me, she tells me I'm a "skinny mini" when I know I'm not, but so hope I will be. She is everything a best friend should be and more. So, when she spoke, I was relieved, but not at all surprised to hear her kind-hearted response:

She thanked me for telling her and smiled. She told me that she was not angry, she was not hurt, she was genuinely happy for me. She told me she had always thought we would be a good match and that I should go for him.

She said, "I've got my forever, maybe he will be yours."

Honestly, I think that's the greatest, most self-less response I've ever heard. I continued correspondence with him with her blessing, and he and I became official a few months later. I don't know if he's my forever, but I'm so thankful for a best friend who has given me the chance to find out.