If Ohio Colleges Were Cheeses
Odyssey

If Ohio Colleges Were Cheeses

The only comparison that really matters. 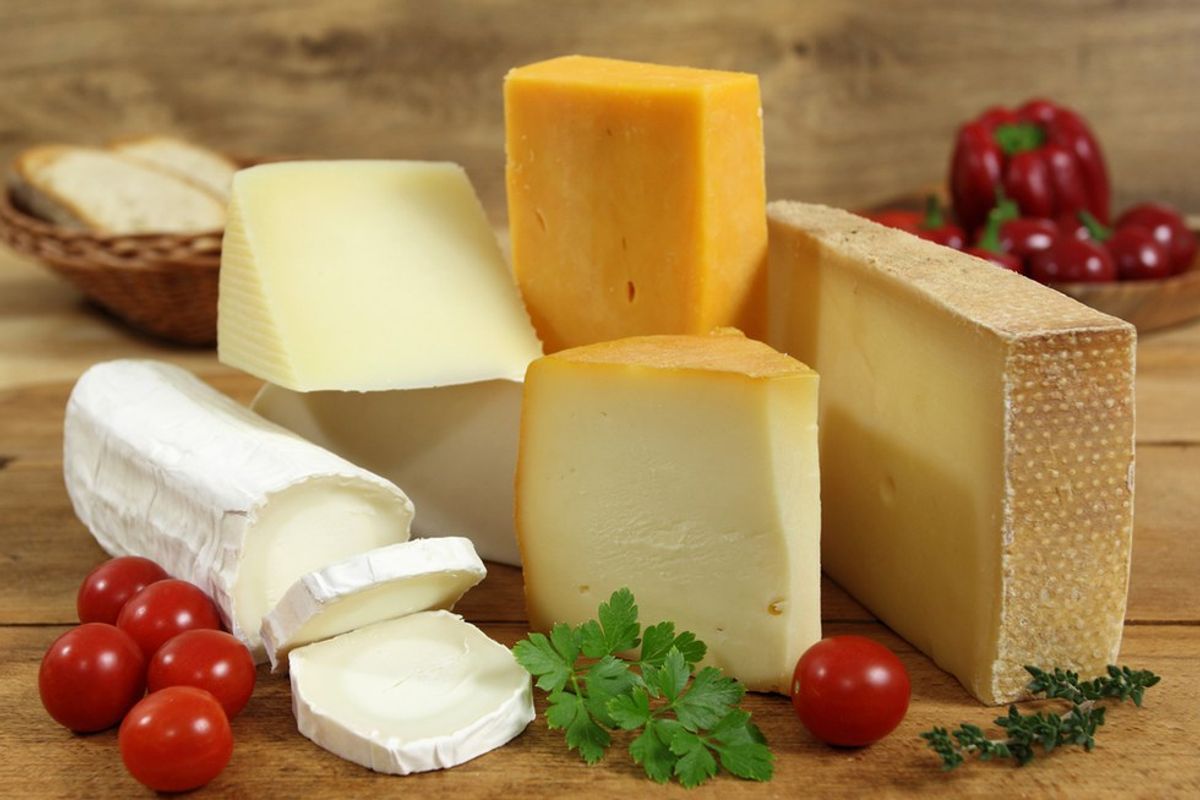 Lately I’ve noticed a new trend floating around the Internet. Left and right, people have been comparing Ohio colleges to everything, from the cast of "Friends" to the cast of "How I Met Your Mother" to the cast of "Parks and Recreation." However, one important comparison has been ignored. And so, I am here to answer the age-old question: What kind of cheese would Ohio colleges be?

OSU is definitely the big cheese. The comparisons are endless—everyone knows it, most Ohioans love it, and it comes in mild and sharp varieties. Many people feel that the beloved Buckeyes were slighted of the 2016 National Championship, which can also be said for medium cheddar cheese, which was the second runner-up in the 2015 United States Championship Cheese Contest. When it comes to Ohio colleges, OSU is all cheddar.

The students at UD tend to be kind and happy people, which can also be said for people who eat Swiss cheese. Dayton’s stunning campus is comparable to Swiss’s signature holes, as both create something visually unique. Plus Dayton is a Catholic school, and Swiss is definitely a hole-y cheese!

UC is a great school filled with intelligent students, but it gets a bad rep for being near a sketchy side of town in downtown Cincinnati. Mozzarella also gets a bad rep for being the cheese most commonly used in string cheese, which some people find to be weird. We all just need to look past the rough exterior and appreciate UC for how great it really is, just like we need to look past the fact that string cheese is too chewy and appreciate the deliciousness of real, moist mozzarella. Yum.

Oberlin and Gouda cheese are both seen as mysterious and fancy, but no one really knows what either of them are actually like. We all just kind of assume that they’re for people much classier than we are. Also, Oberlin made history by being the first college in America to allow African American students in 1835, just as Gouda made history by being the first cheese to allow people to sound elitist just by naming a type of cheese. “Oh, I’d like some gouda on my toast. With some cracked pepper and a side of arugula. I’ll also take a cup of tea that I’ll drink with my pinky up. Because I’m fancy.”

Wittenberg is a great college with great students, but when you’re listing Ohio colleges, people tend to forget about it. The same can be said for bleu cheese, which is often forgotten while listing cheese. Probably because it’s a crumbly cheese. Also, bleu cheese tastes great on bacon cheeseburgers, and Wittenberg students probably like bacon cheeseburgers.

Miami University is a lot like goat cheese in that it seems cool and fancy, but in reality most people don’t like it.

OU is known for its parties, and it’s a fact that most drunk people enjoy eating Kraft American Singles. OU also has a great journalism program, and journalists probably eat a lot of sandwiches. Kraft American Singles are the perfect cheese for sandwiches: Delicious, convenient, and a little bit plastic-y. Go Bobcats? More like go Kraft! (This article is not sponsored by Kraft.)