If It's Meant To Be, It'll Be
Odyssey
CurrentlySwoonLifestyleHealth & WellnessStudent LifeContent InspirationEntertainmentPolitics and ActivismSportsAdulting
About usAdvertiseTermsPrivacyDMCAContact us
® 2023 ODYSSEY
Welcome back
Sign in to comment to your favorite stories, participate in your community and interact with your friends
or
LOG IN WITH FACEBOOK
No account? Create one
Start writing a post
Student Life

Maybe it took a bunch of failures to finally get it, but looking back, I wouldn't change a thing. 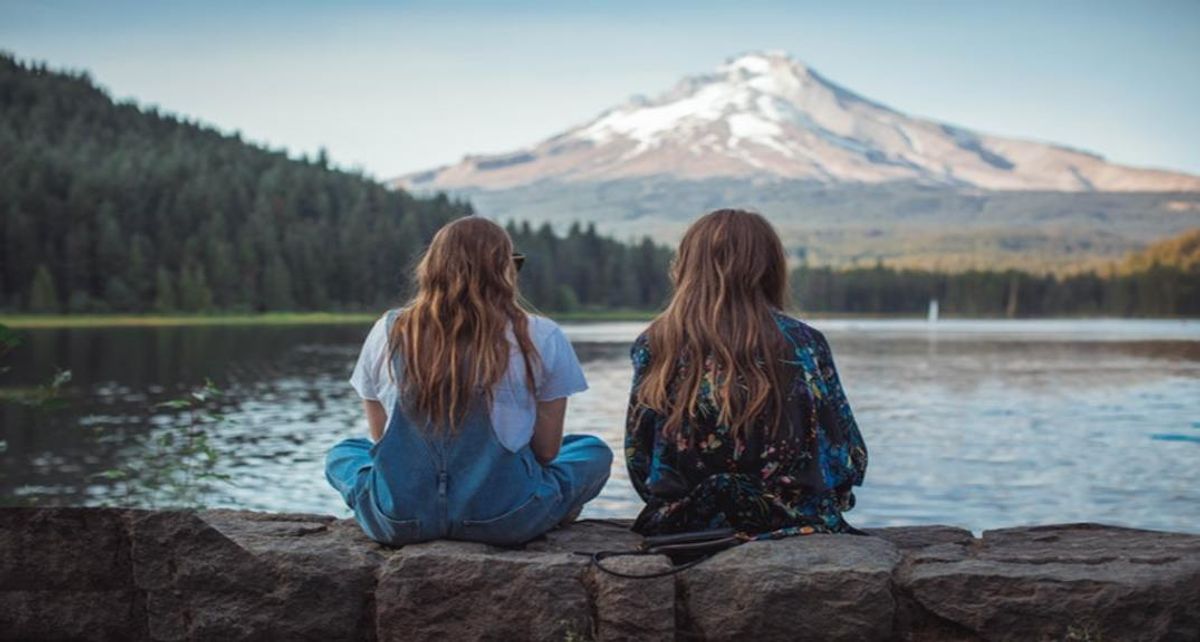 As quoted from the popular Florida-Georgia Line and Bebe Rexha single "Meant to Be,"

This song is about a budding new relationship where there is hesitancy in trusting a new boyfriend or girlfriend due to the past. This quote, however, doesn't just apply to a new romance. It applies to every single thing that happens in your life.

I often question the things that happen to me and to my friends. Why did I fail this class and hardly pass it my second time? Her breakup was so bad, what did she do to deserve to go through this drama? As humans, we're wired to question every little thing, from the shoes on a passerby's feet to the president of the United States. As hard as it is to grasp, everything that happens has to happen. Our lives are already planned ahead for us, every little thing we do or that happens was meant to happen, whether we like it or not.

I came into college as a freshman one hundred and ten percent certain I was going to walk out in four years with a bachelor's degree in wildlife and conservation biology with a minor in English. I began my first semester with hopes of becoming the best student I could be, and with easy classes, of course, it was possible. By the end of my first semester, I made some of the best friends in the world and had bragging rights to a 3.5 GPA.

Second semester arrived, and it was an absolute trainwreck. Every class I took was a challenge, and I struggled to keep my grades at a passing level. My GPA crashed, and I ended up needing to retake a class.

This most recent semester, coming in as a sophomore, I knew I needed to whip my sorry butt into shape. No slacking, and asking for help was a must, especially for calculus. I went to tutoring twice a week and devoted all of my time to homework. Partying? Maybe once or twice, but that's all. My life was devoted to working on bettering my grades at all costs. In the end, it was no use. My grades got even worse and my GPA dropped so low I wasn't allowed to be initiated into my sorority.

After this and a family tragedy occurred, I asked myself, why does this have to happen to me? I tried so hard and thought I was doing well when in reality it was a facade. I wasn't doing well and nothing seemed to go right.

However, I truly discovered myself that semester. I grew extremely close to my best friends and joined my dream sorority. I realized that in the face of tragedy I am strong, and as long as I have my family and friends, I can succeed. After that semester, I realized that my major was not for me. No amount of hard work was getting me the grades I yearned for, and I realized that as much as I may love it, it's not a major I can truly be happy in.

I've always been a writer and reader so it made sense to make English my new major. Since I was little, reading books was something that got me through every day and I've lost touch with that since coming to college. I needed to go back to my roots, to what I love and know for a fact I am good at.

It's now spring semester of my sophomore year, and I'm an English major. I can walk up that giant hill to class and love every second of it. I've never enjoyed going to class, but now I walk in and wait anxiously for my professors to begin lecturing. Loving going to class is something I never thought I would experience, but here I am truly in love with waking up and going every day.

Maybe it took a bunch of failures to finally get it, but looking back, I wouldn't change a thing. God never planned for me to be in the woods all day, He wants me to be pen and paper, crafting words to share with everyone around me. What I exactly want to do in the future I don't know, but I know He knows, and I will know soon enough.

I spent many restless nights asking God, "why me?" Why did you take my grandfather from me so soon, why am I not friends with everyone in my sorority like the other new members are, and why isn't all of this hard work adding up to any good? It's all useless pondering. I've realized now that what's meant to be will be. He has a higher plan and I am going to live life to the best of my abilities, accepting the good and the bad.

To those who ask why me, just remember if it's meant to be, it'll be. Baby just let it be.