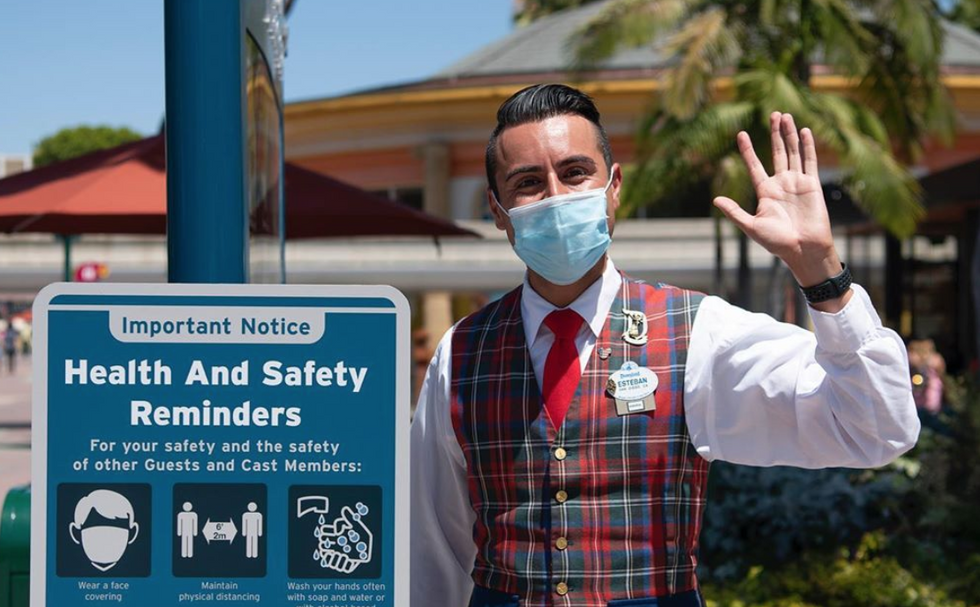 During the pandemic, I moved back home to Orlando, Florida. As an annual pass-holder, I was fairly conflicted — part of me was so eager to get back to the parks for some good, old-fashioned fun, but another part of me knew the threat of the virus had not disappeared. So, when Walt Disney World reopened their parks to the public, I waited a few weeks.

What were their new safety policies? How has the experience changed? Would they have an outbreak and have to close again?

I watched social media and news reports pretty closely, and all of the parks got amazing feedback from visitors. So I went.

Epcot, despite being dubbed "the elderly park," is towards the top of my ranking. The annual Food & Wine Festival had just started so that was the icing on the Mickey-Mouse-shaped cake. The bite-sized food was absolutely incredible, ranging from unique, specialty cuisine to Americanized versions of different cultural staples. There was a wide variety of vegan and vegetarian options throughout the World Showcase, and the beverage selection was diverse enough to satisfy young kids and of-age adults alike.

As far as the cleanliness goes, I don't think I've seen a business have so many precautions in place without it dampening the experience.

Walt Disney World's theme parks have drastically reduced their daily capacity and now require online reservations, so social distancing guidelines were very easy to follow simply because of the reduced number of patrons. This had an unexpected benefit — while fewer people meant a lesser chance of exposure to the virus, it also meant virtually no lines for food and rides.

Every visitor had their temperature checked upon arrival and was required to wear a mask throughout the duration of their stay, with the only exception being while eating or drinking (while stationary). There were placeholders on the ground designating six feet of distance in every queue line and, in some cases, plastic separators were also utilized. Hand sanitizer dispensers were everywhere and there were portable handwashing stations spread throughout the park to reduce crowding in bathrooms and promote more frequent washing. Trash cans were often changed, soap and sanitizer dispensers were always full, and castmembers were verbally reminding patrons to obey the new health and safety guidelines.

On the rides, attendants spaced out visitors the best they could. In most cases, families had entire rows or boats to themselves, depending on the attraction type. The rides were sanitized every few uses by cast members, who were extremely quick but efficient. Restaurants did the same thing with their seating and sanitizing. The store sizes were reduced and offered a smaller selection of merchandise, but there was still so much available to buy it was hardly an inconvenience.

Throughout the entire day at Epcot, I almost forgot the pandemic existed. Not in a literal sense — there were reminders of "the new normal" everywhere I turned. But I stopped focusing on the pandemic simply because, for the first time in months, I felt safe. The number of precautions in place to keep everyone healthy was unlike anything I've seen so far in a public space, and allowed guests to just focus on having fun with their friends and families.

Walt Disney World's theme parks are setting a new standard of cleanliness and safety during this time of uncertainty, and reminding people that there's a great big beautiful tomorrow waiting — that "tomorrow" is probably somewhere in 2021, but you get the idea.