Is It Fair? The Government Of Nepal's Response To The Earthquake
Odyssey

Is It Fair? The Government Of Nepal's Response To The Earthquake 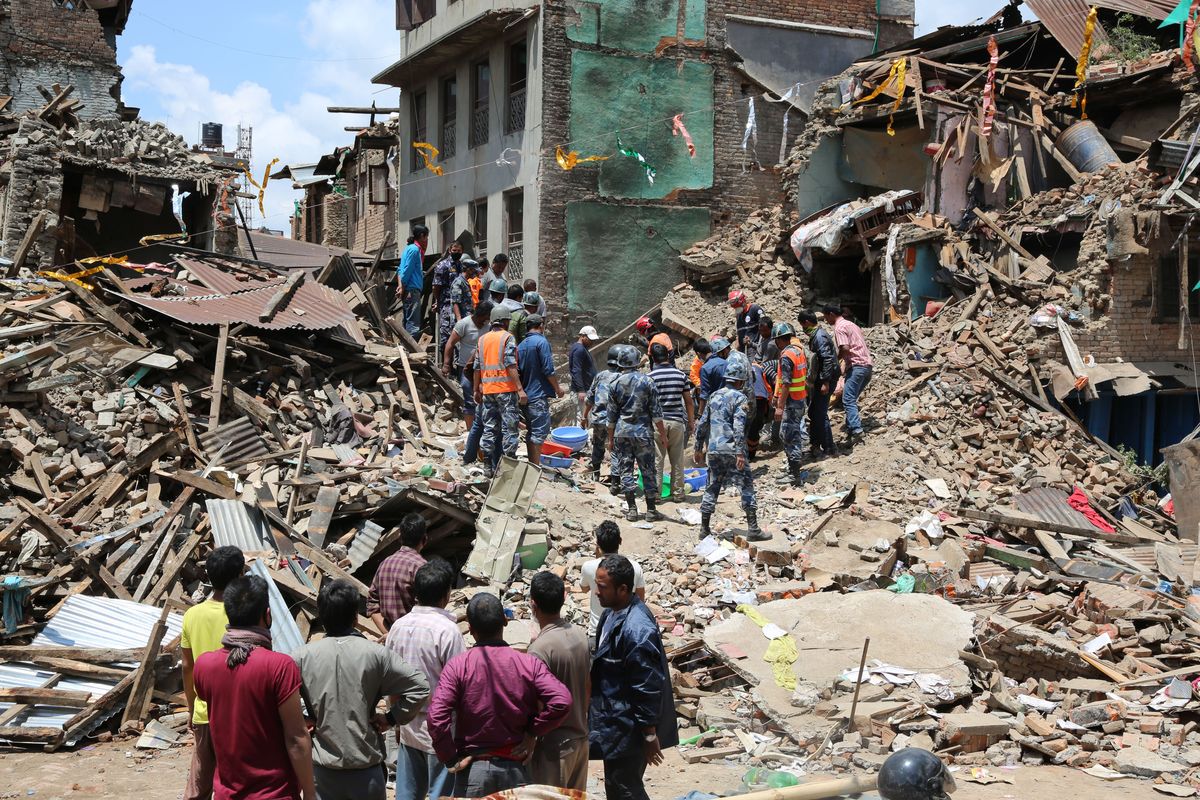 Hunger is a problem in Nepal! We all as people and the government of United States should help people in Nepal who are in need of food. The U.S. government should provide more help by bringing awareness to people in the U.S. And they should also send good food resources that are healthy for everyone who live there.

The people in Nepal are getting insufficient help from their government, seeing as governmental help is too little and the population is too large. Nepal’s government isn’t dealing the earthquake effectively.

Many citizens of Nepal believe that the government is just a fraud for them. A former resident of Nepal named Ganga Ghimirey, who is now living in America, has given us her perspective on how her everyday life used to be.

She stated, “There are some issues that lead Nepal to experience more hunger. It is not just the earthquake, but it’s the government that is not doing enough for the country. One of the reasons is that the government betrays Nepal, by not handing out the full funds other governments send for the people there, who have experienced a tremendous loss and hunger from the 2015 earthquake. Corruption is happening in Nepal.

I agree with Ganga Ghimirey. The government is not really helping Nepal the way it should be helped! ABC News tells us that there has been a delay in rebuilding the houses. I am also a citizen of Nepal, although I now live in America. Based on my point of view, I haven't really seen the people of Nepal liking the government because the government hasn't brought any feelings of security. The police in Nepal beat the people there. It is unfair to beat a person really badly that they almost die!

According to Ganga Ghimirey the president there is changed in various different months and years, so it really is a bad influence on the people there. There is not a fixed date for election in Nepal. The election in Nepal has been rescheduled.

Ganga stated, "If election date is going to be rescheduled many times then it is extremely bad for the country because the president doesn’t have enough time to reduce or lower down the rate of hunger in Nepal, and even if he did have the time to do something big for the country I don’t think he will do anything really big and helpful for the country based on what I have experienced and still see today!"

Why should there be laws and a president if those laws don’t positively impact the country and if the president doesn't bring happiness to the country?

WFP has been a lot of help to the people of Nepal, but I think we as people, who live in the United States should need to stand up instead of sitting down and help Nepal by actually buying foods and importing it to Nepal or maybe donating some money for the victims of the earthquake and hunger. If some people can’t do that, then please share things about what is happening in Nepal.

It is important that people share this information because it brings more awareness to people who haven’t heard about it. This injustice might continue like it has been if it is not told to the people around you.