Why Is Our Country Trying To Poison Us?
Odyssey

Why Is Our Country Trying To Poison Us?

The chemicals allowed in our food can be extremely dangerous. It's time to learn the facts and take charge of your health. 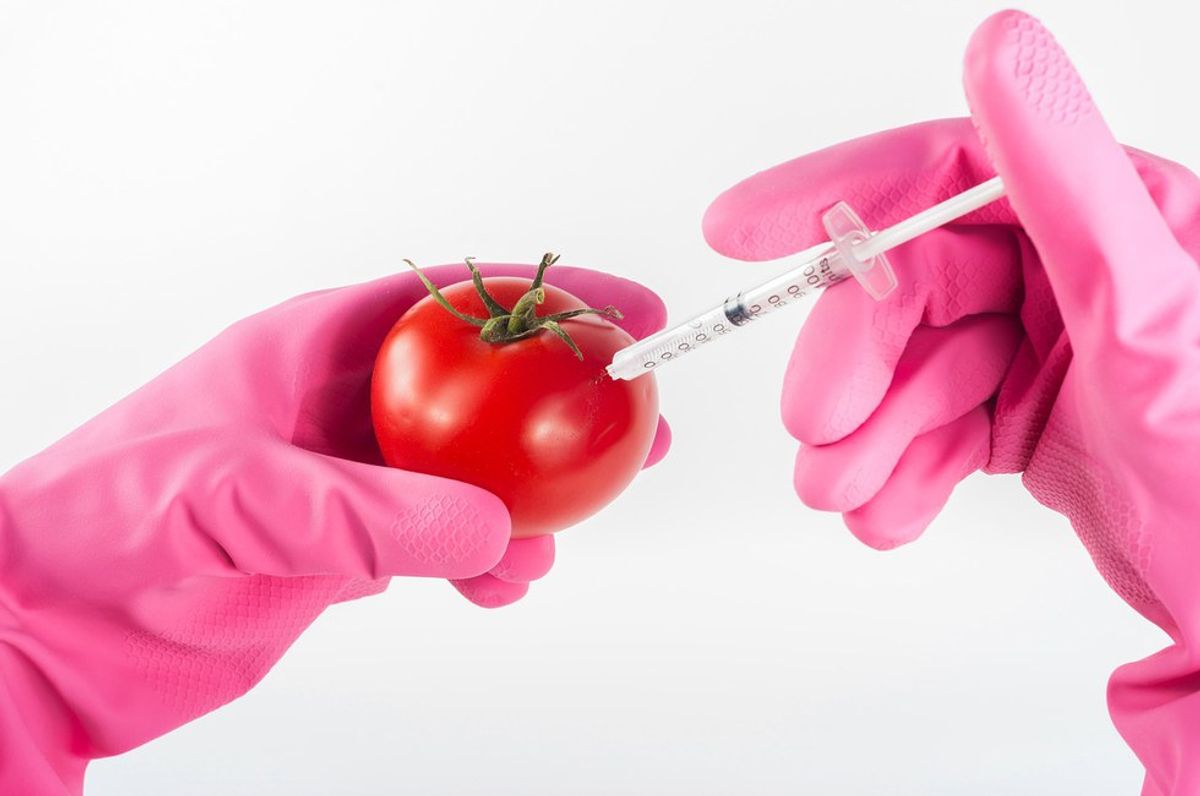 Think about your favorite kind of chips. Do you like regular potato chips or Doritos? Maybe you are a Cheeto puffs or Pringle's kind of person? Now I want you to think about what might go into making those delicious snacks...

Let me give you a few examples of some ingredients: chips contain things like acrylamide, a cancer-causing chemical, and sodium bisulfate, which is used to clean toilet bowls. This is just a small glimpse into how dangerous the foods you consume can be.

I first learned about the dangers of chemicals in food when I read something about one of my favorite foods, salmon. It explained that salmon is raised on an unnatural diet of grains and then injected with harmful chemicals to make it look "fresh". Since then, I have been doing enormous amounts of research and I have changed my own lifestyle.

This affects all of us. We, as animals, require food to survive. However, the food that we are consuming currently is so unbelievably dangerous that we must change our consumption habits if we wish to live long and healthy lives.

Contrary to what a lot of people may believe, the chemicals in our food are not harmless. We put entirely too much trust into the FDA and food companies who use loopholes and hide behind blanket terms. In August 2016, the FDA announced that they would not make any changes to one of their most controversial laws. This law states that companies are not required to disclose any potentially harmful ingredients added to their food; rather disclosure is on a voluntary basis.

Following this announcement, EWG Legislative Attorney Melanie Benesh issued a statement saying "the FDA has decided to once again ignore its legal obligation to ensure the safety of our nation’s food supply." She is not alone in feeling this way. Isn't it the job of the FDA to keep our food safe for consumption?

One of the scariest things about this whole situation is that the United States is one of the only countries that continues to allow these chemicals in our food. Every other nation has strict laws and severe punishments regarding this matter to keep their citizens safe and healthy. I think author Chris Carrington of Ready Nutrition put it best when he said this:"It amazes me that a government that considers itself able to police the world, who thinks they have the right to interfere in the lives of millions globally cannot ensure that its own citizens are able to consume everyday foods in the sure knowledge that they are not being poisoned."

Why is our country trying to poison us? If other countries can make the same types of food without poisonous ingredients, then why aren't we doing the same? This is a question that is really complicated to answer because there is no real reason as to why we are doing this just a lot of excuses. To begin answering why we must take a trip back to 1958.

According to naturalnews.com, in 1958, President Eisenhower signed the Food Additives Amendment. This law gave the FDA power to lump food ingredients under the approval term "generally recognized as safe." Over time, this blanket term has become a loophole for food corporations looking to make their products cheaper. With this law, companies can say that each chemical serves a different purpose and they have an excuse as to why it needs to be used. For example, here are just two that I found in an article titled "Why Does The FDA Allow Additives in Our Food That Are Banned in Other Countries?" published in February of 2015.

The first is Azodicarbonamide, which is known to induce asthma, has been banned in Australia, the U.K. and most other European countries. If you were to use it as a food ingredient in Singapore, you could face up to 15 years in prison and a $500,000 fine. According to the FDA, Azodicarbonamide is ‘approved to be a bleaching agent in cereal flour’ and is ‘permitted for direct addition to food for human consumption.’

The second is Brominated vegetable oil which is banned in more than 100 countries because it has been linked to every form of thyroid disease — from cancer to autoimmune diseases — known to man. Most bread products and fruit flavored drinks are made with this. The FDA puts a limit on this one, that a serving can not exceed 15 parts per million, but tell me last time you sat down and limited yourself to just one serving of something.

Although that answer tells us how they get away with it, I'm still asking myself "why?" is it really just about the money, when companies are putting themselves and the American public at risk? Personally, I don't think there is a straightforward reason. I think that this is the way companies have been making food for so long before they knew the health risks, that now they don't want to change their ways. Changing the ingredients would mean publicly admitting there is a problem, which could lose a lot of customers. Then comes the expense of having to throw away all of the poisonous products and making all new ones. The "lazy American" stereotype isn't always that far off base.

So what can you do?

Buying organic food really is the best solution so that you know for sure you aren't poisoning your body.Shopping at stores that are entirely organic like Trader Joes, Fresh Market, or whatever you have near you is the simplest way to ensure that what you are buying is truly organic because the places don’t provide anything else. This seems like a little far of a stretch for a lot of us. Money tends to be tight in college and when it's not, who really wants to spend extra money on groceries when you could spend it on a night out with your friends instead?

There are some smaller, more realistic steps that you can take. The first step that you can take is just reading the labels. Don't be scared to pull out your phone at the grocery store and look up the ingredients. Become familiar with which ingredients are okay and which are harmful.

I encourage you all to take charge of your own health and take these small steps like reading labels which can lead to some bigger steps like going to farmer's market and even eventually writing into your local government or even boycotting companies that put chemicals into their food.

These facts are nothing to take lightly. Consuming these chemicals is extremely hazardous to your health, but you can change that and take control of your future. I want you to research the facts on your own. I want you to know what you are putting into your body. I want you to live a long and healthy life.
Report this Content
This article has not been reviewed by Odyssey HQ and solely reflects the ideas and opinions of the creator.