When my "How?" turned into "How did nobody see this sooner?" 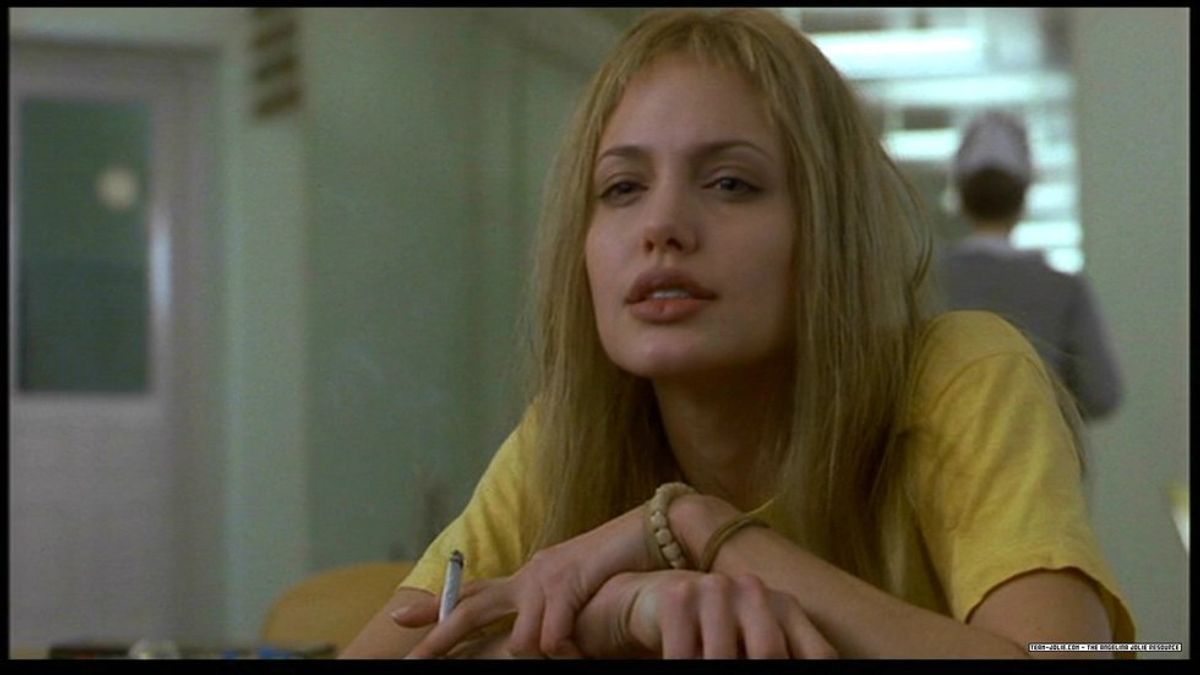 Maybe you've heard of Borderline Personality Disorder (BPD) or maybe you haven't. BPD is categorized as a mental disorder characterized by unstable moods, behavior, and relationships. BPD is becoming one of the most researched personality disorders and it's estimated that three million people a year are diagnosed with it. A year ago, hell, six months ago I had never even heard of it. However, in May, I was diagnosed with a "textbook" case of BPD. I had previously been diagnosed with Bipolar II Disorder (twice) so hearing a completely new diagnosis shocked me. "How?" I thought to myself. After learning about the signs and symptoms (or, the "Big Nine" as my hospital psychologist called it) my "How?" was extended to "How did nobody see this sooner?". I fit all nine criteria perfectly. I began to think about my life and how my life was affected by BPD.

For as long as I could remember, I could never be single. I always had to be dating someone, even if it was online dating. Through most of high school, I was always telling my friends about my newest partner, only to dump them a day later because they didn't reply to my text fast enough. However, before I would dump them there was my famous saying: "If you leave me, I'm going to kill myself". I have said this at least once to all my exes, hoping that it made them stay. Some worried and stayed, others didn't care. I said it as a way of manipulating them to stay, and looking back, that was an emotionally abusive thing to do. I didn't know why, I just couldn't be alone, and I just felt everyone was abandoning me at all times.

A pattern of unstable and intense interpersonal relationships characterized by alternating between extremes of idealization and devaluation.

I feel like this one goes hand in hand with the last one. It was as simple as "Agree with me, care for me, don't leave me, I like you" and if you didn't, I automatically hated you. I either love you, or I despise you. I've ended friendships and relationships with people out of nowhere just because they did something minor and I decided I didn't like them anymore.

Identity disturbance: markedly and persistently unstable self-image or sense of self.

Arguably the biggest symptom I deal with. For the longest time, I was a different thing each week; a different subculture (my scene phase, anyone?), a different religion, a different sexual orientation, hell, at one point I convinced myself I was a transgender male just because I felt masculine (I might talk about that some other time- that's a tough subject for me). Heck, I waited almost three months after my diagnosis to come out as gay because I was scared people wouldn't take me seriously with how often I changed my mind on who I was. While some things I finally realized, I'm still working out some identity issues.

I'm going to be brief with this one because it involves things I'm not exactly ready to talk about in detail. But for now I'll say this -- I'm guilty of four out of five of the examples given.

Remember in the beginning of this article where I mentioned I told my past partners that if they left me I'd kill myself? this is part of that. Looking back, I'm not really sure why I was suicidal, I just impulsively felt the need to end my life. I've had multiple suicide attempts in the past, my last one ended with me getting hospitalized and finally getting the help I needed. In my junior year of high school, I became an avid cutter -- I used to bring a thumbtack to school so I could cut in between classes, and the only reason I could think of was "well, it makes me feel better". I haven't cut since I left the hospital, but as Ellie Nash from Degrassi said, "No matter if I don't do it for years, I'll still be a cutter".

Affective instability due to a marked reactivity of mood -- intense feelings that can last from a few hours to a few days.

AKA the reason I was probably diagnosed as Bipolar. Not a lot to say, All these things combined made me an extremely moody and unpredictable person.

I mostly experienced these feelings when thinking about my future -- what did I want to do for a career? Do I want kids? Will I ever be able to hold down a job? My future became a scary thing for me, and things involving my future left me feeling empty. I don't consider empty and depressed the same things, though, because (at least to me) they feel different. I don't now, it's hard to explain.

Oh man, The Incredible Hulk has nothing on me. The tiniest thing sets me off. Just last week I almost broke a chair because my family wanted to go to Olive Garden and I wanted to go to a diner. I'm not sure why I get so angry (my therapist seems to think it's because my dad has an explosive temper and that I learned it from him) but Alas, my temper has gotten me fired from three jobs and it's still something I'm working on.

This one is interesting for me, because apparently, in severe cases, stress-related psychotic episodes can also happen. Starting from grade school, whenever I got severely stressed out, I would hear voices in my head. Good times. I never really talked about it because I knew it wasn't normal (hell, I didn't tell my mom it was happening until November of last year) and how does that come up in conversation? Luckily, my therapist and I have been working hard to make sure I'm stress-free and voice free! I'm not really sure what to say in terms of the paranoia and dissociative symptoms, as, besides some minor "everyone hates me!!" stuff, I haven't had much experience with it.

Living with BPD is definitely a challenge, but it's not impossible. I'm still getting the help I need, and every day is one step closer to a better life. If you have BPD, you're not alone, and I hope you're getting or will get the help you need.

This year has been a dumpster fire.

I think we all will collectively have PTSD from this horrid and heartbreaking year. 2020 was so different than anyone expected. It broke hearts, grew frustrations, and taught us some awful lessons.

With Coral Springs offering so many big chain options, its easy to forget the local chains and mom and pop joints that are worth checking out while you're home.

I love coming home from school for many reasons, one of them being home-cooked meals. However, there is a handful of places that are only in C. Springs that I have to have while I am home. I could go pro in ordering takeout, and this list is curated in my semi-professional opinion. In no particular order, here are 15 of my favorite spots in Coral Springs, FL:

Putting Bipolar Disorder In The Spotlight

It's time to take the stigma away

Loni
Missouri State University
921
Photo by Nothing Ahead from Pexels

One of the most common mental health disorders is Bipolar I and II, in fact around 3 million people each year are diagnosed. And while mental health is being pushed into the spotlight even more there is still quite a bit of stigma circulating around it, and with Bipolar Disorder this is even more true due to the nature of how it is constantly presented in the media, whether it be on the news or even in films. So, what is Bipolar Disorder? And what are the manic and depressive episodes like?

Not many are aware that there are two different phases that revolve around bipolar disorder, they are manic and depressive. What are they? How would you classify them? What are the symptoms of the phases? These are the most common questions regarding these two phases, and quite honestly it can be hard to pinpoint them from an outsider who is not aware of how to spot if their loved one is going into either phase.

As Someone Who Struggles With Body Dysmorphia, I Can't Stand Diet Culture

Mental illness should not be a marketing appeal.

From the outside, I am a healthy college student. However, what you don't see when you sit next to me in class or pass me on campus is my struggle with body dysmorphia. This has been an issue since my early teenage years, and while I've grown in confidence and self-care, I'm not perfect.

I may have found some new words to live by along the way.

I recently found myself reflecting on what advice I had received and offered while navigating young adulthood. I think the impact that a few wise words can have is immense, and so I thought that I would take to social media to find what words of wisdom have helped get everyone to where they are now, whether that be a point in school, life, their career, etc.

21 Crafting Ideas To Inspire Every Artist In 2021

Whether you have immense free time this year or want to try something new, here are 21 new art project ideas to occupy your time and interests during the new year.

As COVID-19 continues to plague society, spend some of your increased time at home crafting away at different art projects. Here are 21 different ideas to try throughout the new year. From balloon dart painting to chunky blanket making, there is an artistic hobby for everyone!

With the holiday season ending and the semi annual sales beginning, let's get in the mood to smell the best meanwhile keeping it fun.

Bath and Body Works always has a decent sale going on, whether it's buy three get three free or 50-75% off popular items or certain body care items. I can't be the only one who could spend hours in the stores investigating every possible scent trying to find the perfect match. There is a number of scents to choose from and it varies between each type of item whether it is a moisturizing body lotion, shower gel, or hand sanitizer.

5 Resolutions I Hope To Accomplish In 2021

Even though 2020 was the year no one expected, no one can say that last year didn't bring changes. Many of the changes were jarring and difficult, but there were some changes that were for the better. 2020 allowed many people to realize how important it is to speak and spend time with loved ones, and how grateful we should all be to doctors and health care workers.

Personally, I learned that I am lucky to have a loving family and friends to help brighten my day. Going into this year, I hope to maintain the personal growth I experienced last year and learn more about how to become the best version of myself. Which is why I sought out to make resolutions that would lead to more personal growth instead of creating roadblocks.