Hopes Arise For The Jazz And Pelicans
Odyssey

Hopes Arise For The Jazz And Pelicans

After successful playoff runs, Utah and New Orleans are a couple moves away from being great 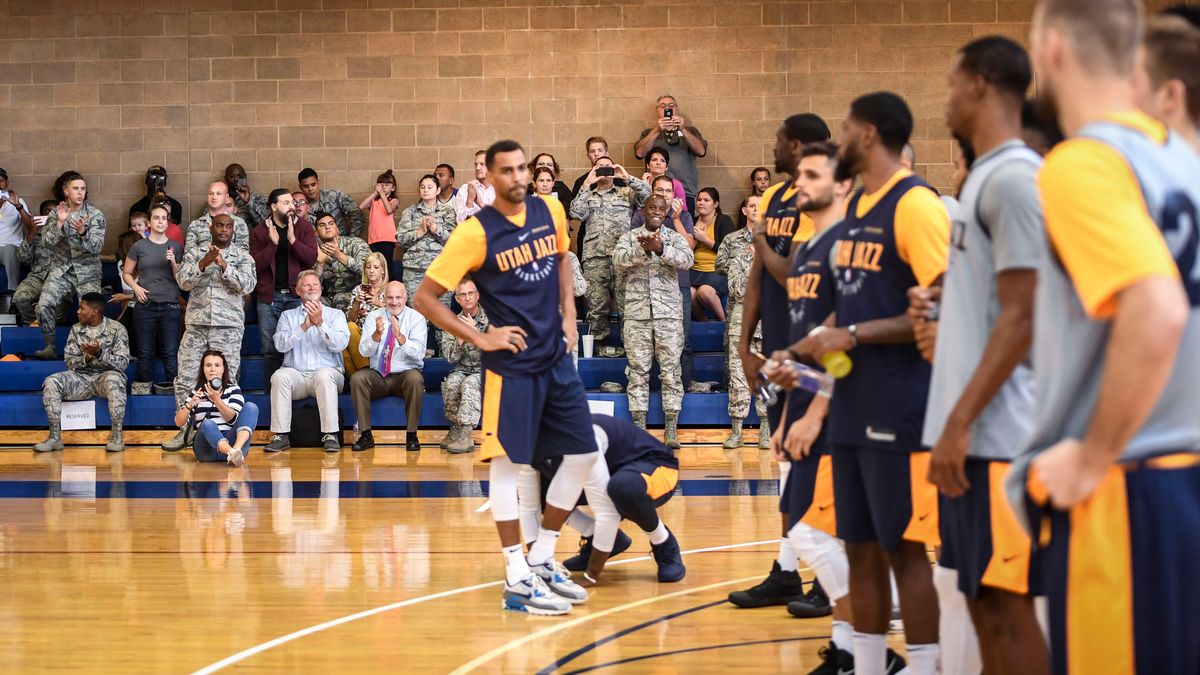 Tuesday night, both the New Orleans Pelicans and Utah Jazz got bounced from the second round of the NBA playoffs with each exceeding even the most optimistic preseason projections by besting their respective first-round foes.

Beyond each team sharing the Jazz moniker at one point or another (I've never been to Utah, but I have a hard time imagining it's "jazzy." Thanks, team relocations!) the Jazz and Pelicans had a lot in common. Each team was expected to dwell in the lottery at one point or another after losing key stars (Gordon Hayward in free agency for Utah, Demarcus Cousins to injury for New Orleans).

The four primary stars for each team -- Anthony Davis and Jrue Holiday for New Orleans, Rudy Gobert and Donovan Mitchell for Utah -- each fulfill similar roles for their respective teams while leaving behind clear holes.

Utah looked great in their series against both the Thunder and the Rockets. They simply out-maneuvered the Thunder, taking advantage of OKC's sloppy-aggressive style and bricky shot-taking. In the Houston series, despite being severely out-manned, there was never a feeling that they were out of the game.

Donovan Mitchell, the hidden gem of the 2017 draft, never looked the part of a rookie as he kept a steely resolve and showed he is a top 30 player in the league right now (that may seem like a small feat, but try to name the top 30 players. Mitchell is going to be in the Paul George and Deandre Jordan territory. Pretty remarkable for a player his age.).

Rudy Gobert was the big disappoint of the series. Gobert’s limits got exploited time and time again by the Rockets, which may have been partly due to his injury from earlier in the season. His lateral quickness on the perimeter was lacking, as Chris Paul routinely got to the rim in the deciding Game 6. Gobert (age 25) is still young enough to learn new skills, but unlike many of the bigs in today’s game, he’s not likely to develop an outside shot.

For most big men, this would be an issue, but Gobert is such an elite rim protector that he can get away with not having an above average jumper. He’s already better defensively than Tyson Chandler was for the Mavericks in 2011, but Chandler was a much better rim-runner on offense, as well as possessing a more polished post game. Chandler also had the advantage of having a great shooter, Dirk Nowitzki, next to him in the frontcourt that helped lead them to a title.

Gobert has no such luxury. Acquiring Jae Crowder in a mid-season trade was a step in the right direction, but Crowder has not been the same as when he was in Boston. I am a big fan of Joe Ingles (he keeps my hopes alive of having a random growth spurt and playing in the NBA myself). While Ingles makes a good complimentary wing with his shooting ability, a bonafide star that could play small forward while switching up to being a small ball power forward would take this team to a new level.

Making a trade for Kawhi Leonard or signing Paul George could be in the cards. Looking around at the rest of the league’s available wings (Otto Porter Jr., Tobias Harris, Andrew Wiggins) would make a lot of sense while not breaking up Utah’s core players.

New Orleans, similarly, had their lack of wing depth exposed in their series against the Golden State Warriors. Jrue Holiday (6’4”) was stuck guarding Kevin Durant (6’10”). Holiday is a great defender, but anyone giving up six inches is a major disadvantage. Realistically, Holiday should be defending guards, and his defense on Steph Curry or Klay Thompson likely could have made them a non-factor. Stretch forward Nikola Mirotic is much better suited at power forward, where his lack of speed is not exposed as much.

Anthony Davis guarded Kevin Durant admirably, but ultimately, he needs to be sitting in the paint guarding the rim, not running around the arc guarding a shooter. Therefore, the Pelicans simply do not have enough wings to adequately space the floor and defend opposing wings. Any of the aforementioned Jazz free agent targets would fit the bill, and the Pelicans will have cap room if they let Demarcus Cousins walk.

Donovan Mitchell is on his rookie contract. Anthony Davis is a free agent as early as 2020. The clock is ticking on both of these franchises. The playoffs infused much needed hope for both teams, but if their moves this offseason don’t address their weakness, the star power in both of these cities may soon dry up.