Hook Up Culture Is Ruining Real Love Forever
Odyssey
CurrentlySwoonLifestyleHealth & WellnessStudent LifeContent InspirationEntertainmentPolitics and ActivismSportsAdulting
About usAdvertiseTermsPrivacyDMCAContact us
® 2023 ODYSSEY
Welcome back
Sign in to comment to your favorite stories, participate in your community and interact with your friends
or
LOG IN WITH FACEBOOK
No account? Create one
Start writing a post
Relationships 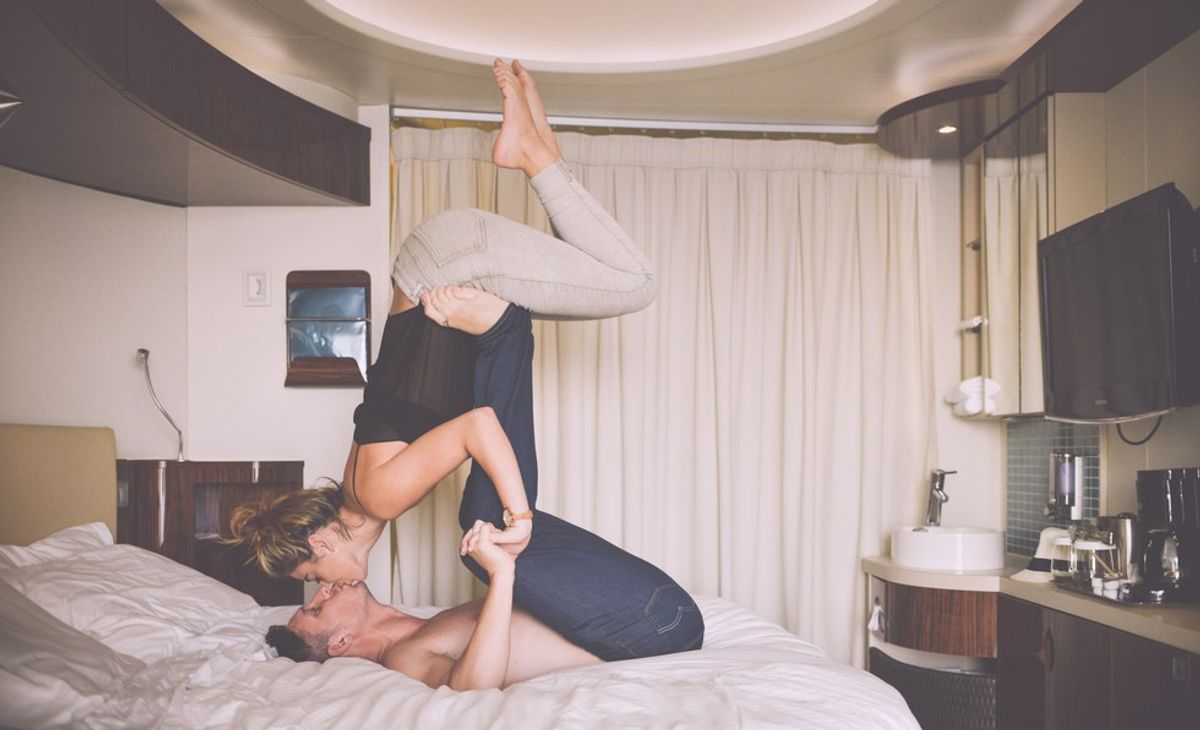 In today’s society, dating is an obscure concept. Everybody seems so keen on keeping things superficial. Nobody wants the proverbial strings attached that comes with truly committing to somebody, but everybody wants the beneficial aspects of a relationship. That is crap if you ask me.

I despise that nothing is black and white anymore when it comes to dating. Instead it’s just a whirlwind of second guessing everything in a vast spectrum of grey-and frankly, I don’t want any part of it. Casual sex with a random guy does not interest me. I want something real, tangible. I want a committed relationship with someone. I want someone to cuddle up to, someone to laugh with, sing a-long to the radio on long road trips with, someone to bond with on a deeper, almost spiritual level. I want someone to comfort and be comforted by in our darkest nights. I want someone who knows the small gestures are the most meaningful; someone who holds open doors for me, holds my hand, calls me because he can’t end his day without hearing my voice, who wants to make sure I got home safely. But guys like this are rare these days ever since chivalry took a drastic plunge.

What happened to chivalry? When did men decide to stop putting in real effort for the affection and attention of ONE girl they are interested in? Now hookup culture has infected society leading to a generation of fuckboys. These guys are only interested in one thing and instead of being transparent about their intentions, the majority put on a brilliant façade, feigning legitimate interest in you. These men (Loose interpretation here) put in just enough effort to get in your good graces. They don’t ask you out on proper dates, they ask you to “hang out” or “chill”, leaving you questioning if it’s a date or not. But it never is. They will text you just enough to make sure the door is still open for them to make an entrance and exit whenever they please, but they’ll remain mysterious and aloof enough that you can never quite pin down where you stand with them. And let’s face it, in the hookup culture game, the one who cares more loses. You have to keep your poker face and pretend indifference regardless of their actions.

Maybe everyone is secretly terrified of opening up to someone, of baring their soul and giving anyone the power to rip them apart. Maybe we’re all just desensitized by media and have morphed ideas of love. Whatever the reason, the joke is on us. We are the ones missing out on something remarkably life-altering. We are the ones accepting and shelling out shallow gestures and half- hearted emotions, robbing ourselves of the one thing we all aspire for underneath all of our doubts and insecurities: Love.

Nicole Marie Nigro
Individual Creator
9290
c1.staticflickr.com
Where to start...... Let me start with the cliche that life throws us curveballs and what we do with it is what counts.