Here's The Thing About Body Shaming

Here's The Thing About Body Shaming

It's never going to be beneficial so we need to stop promoting it. 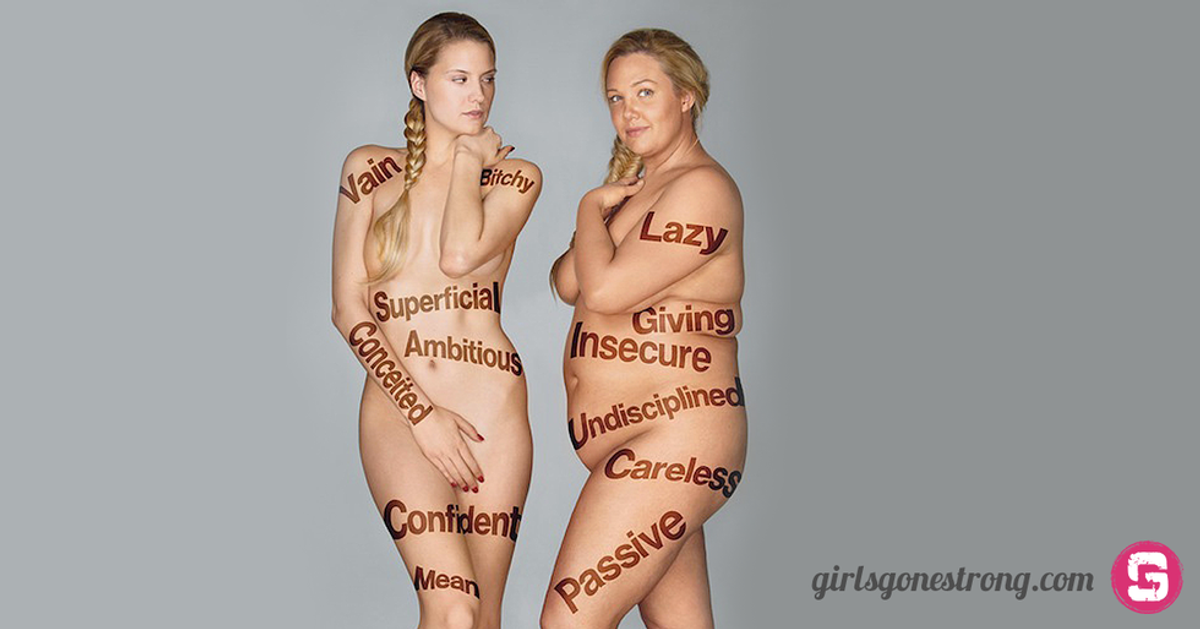 Last week a story about Santa telling a little boy to lay off the fast food -- that happened in my hometown by the way-- made national news. When I got on Facebook I saw people sharing the story and saying "get over it," "pussy," "he does need to lay off the burgers and fries," and comments about how he has bad parents, this hurt my heart and made me angry.

Why do we think that we have the power to speak on someone's life? Why do we always have something to say about someone else's decisions? When did we decide that it is our job to body shame someone?

Body shaming is a serious issue and it doesn't just affect overweight people like most like to assume. Just think about it, you're considered rude or mean if you comment on a plus size person's weight, but no one bats a lash when you tell a "skinny" girl to "eat a cheeseburger," and that isn't right. People of all sizes and body shapes get body shamed and it's not healthy. It doesn't just affect the individuals who are being shamed or doing the shaming. It has negative effects on those around the situation as well because it conveys the behavior as a normal thing that isn't a big deal. When in reality, body shaming is an important issue, because it affects body image.

Just take a look at these statistics from The Body Image Center:

I have been a part of some of those statistics. I have always struggled with my weight and just recently stopped struggling with my body image. When I was younger I was overweight and I thought I wasn't or couldn't be good enough to make anything of myself. I was judging my worth based on my body and that is just so wrong. I went to weight watchers and lost 30 pounds when I was in fifth grade. I entered middle school with a new found waist and confidence. So when I started to mature and gain some weight back I began to develop bulimic tendencies.I still remember the first time I made myself throw up I was in eighth grade, we had a party in class and I felt mad at myself for eating so much so I went to the bathroom and made myself throw it all up. I didn't always do this, but if I found myself feeling guilty after eating something really fattening I would run to the bathroom, this went on for maybe 3 years. Eventually, my mom found out and got me on the road to recovery.

Today at 22 years old, I'm still overweight and could spare a few pounds, but I love this body of mine. I KNOW that I am beautiful and that my body is good to me. My body hasn't let me down because it isn't "perfect," it's gotten me through 12-hour shifts every Saturday for the past two and a half years. I love my body and I want everyone in this world to love theirs too, because when you finally accept your body as it is you feel so liberated.

The worst thing about body shaming is that this behavior has been ingrained in our society for so long that we don't even realize we're doing it or being taught to think this way. With constant exposure to advertising, our flaws are always being called out, along with a solution to take care of said flaw. We constantly compare ourselves to pictures of women that aren't even real. Then we talk negatively about our bodies and point out our flaws in front of children and teach them that not loving their bodies is normal. When in reality we should be praising and loving our bodies.

Next time you find yourself wanting to comment on a body take a minute and really think about your words. Are those words going to benefit anyone? Are those words going to hurt someone? Just stop and think before you speak or type. Stop focusing on the things that are "wrong" and focus on what is "right." Stop letting the world tell you what is beautiful open your eyes and decide what beautiful is on your own.