*I do not include pictures or videos of any crime scene or victim after their death. I find it very disrespectful to the victims and their families. Also, some people would feel uncomfortable or sickened by some of the visuals. If you would like to see pictures or videos, you can find them easily with a Google search. I also tend to avoid cases that involve young children. If it does involve a young child, a warning will be provided for the faint of heart. 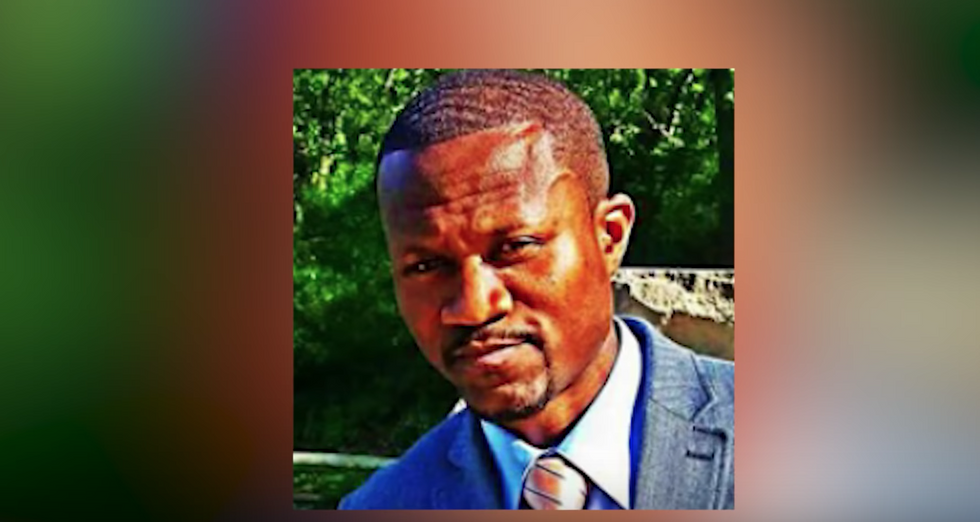 If you would rather listen to the following information, check out Kendall Rae's YouTube video about it!

Henry McCabe was born September 16th, 1984 and was 32 years old at the time of his murder. He lived in Mounds View, Minnesota with his wife, Kareen McCabe, of 11 years and his two children. He was an auditor for the state of Minnesota. Henry McCabe was last seen on September 6th, 2015 and his death occurred sometime in the early morning of September 7th.

On the night of Henry's disappearance, he and his two friends, Calvin Johnson and William Kennedy, decided to go out clubbing at Povlitzki's (a local club in Spring Lake Park, Minnesota) while Henry's wife and kids were staying with friends in California. According to his friends, Henry had been drinking a lot that night - which may be a factor in his death. Henry's friends reported that they took his wallet and keys to slow down his drinking and prevent him from getting behind the wheel. Some sources stated that Henry may have been dealing with depression and been behind on rent money and was drinking as a way to "deal" with those complications at the time.

Calvin Johnson reported seeing Henry leaving with William Kennedy at 1:40 a.m. and that he was going to take him home. William Kennedy reported that Henry McCabe asked to be dropped off at a SuperAmerica gas station at 2:00 a.m. The SuperAmerica gas station's security footage had not captured William dropping off Henry. It was later determined that William had gotten confused about the location and that he dropped Henry off at a Holiday gas station two miles away. Why would Henry's friend drop him off at 2:00 a.m. with no keys or wallet while heavily intoxicated? Around 2:30 a.m., Henry McCabe called his brother and left a voicemail of weird groaning/growling sounds and crying. There is no recording of this voicemail. Henry also attempted to contact his wife, Kareen, at this time. Henry's contact with his wife is unclear and varies between sources. Some sources claim that his wife actually answered the phone and that Henry claimed he had been shot, while others don't mention this claim. For more information regarding the claim that there was a phone call between Henry and his wife, check out Mysterious Death Of Henry McCabe. It is also mentioned that Kareen claimed that there were the same weird groaning/growling sounds that had been left on his brother's voicemail during their call and that the call ended with someone yelling "Stop it!" On the other hand, some sources never mention a phone call, but they do mention that there was a voicemail left on his wife's phone. This voicemail also contains the same groaning/growling sounds originally left on Henry's brother's voicemail. For more information regarding the voicemail left on Kareen's phone, check out Eerie Voice Mail Captures One Man's Last Moments On Earth - And It Might Be Supernatural In Origin. There is a snip of it here: Henry McCabe's Voicemail. Many people question what these sounds were. There was no forest where Henry's body was found, so that eliminates the possibility of a bear or wolf. Some people believe that he made calls because he knew he was in trouble and needed help, while others believe they were accidental "butt-dials". After the calls and voicemails, Henry's phone disconnected and hasn't been turned on since. That was the last time anyone heard from Henry McCabe.

The Minnesota Community Police Department was very heavily involved in this case at the beginning. They are an organization that helps people with cases like these which at the time was a missing person case. They specifically work with the Liberian community and raised $10,000 as reward money for whoever found Henry. A month later, they pulled the reward because they were accusing Henry's wife, Kareen, of withholding information from investigators.

"She is purposefully withholding information and that we believe could lead to the location and recovery of Henry McCabe. We feel like we have all been misled. We have an ethical and moral obligation to the community and to this organization to do the right thing."

- David Singleton, leader of the organization

On November 2nd, Henry's body found. His body was found face down in the water in Rush Lake by a kayaker. This location was six miles from where he was last dropped off, and in the opposite direction of his house. Many people wonder, how did he get there? There were no streams for his body to float down and the location was far away from major roads. The coroner declared that it was an accidental drowning because there were no injuries to the body. No scratches, bruises, or the bullet hole that Henry claimed there would be on the alleged phone call with his wife. To add to the suspicions, the FBI got involved with this case. The police and FBI are possibly holding information from the public because it's an active investigation. Also, why would the FBI get involved in an "accidental drowning"?

The Smiley Face Killers are a group of serial killers who (typically) take college age boys who are heavily intoxicated and waterboard them in the back of trucks. They tend to leave their victims in the water to make them look like a drowning victim and to wash away and key evidence that may be left on the body.

Waterboarding: "(n.) an interrogation technique simulating the experience of drowning, in which a person is strapped, face up, to a board that slopes downward at the head, while large quantities of water are poured over the face into the breathing passages."

Henry McCabe moved to America to escape the violence of the Liberian Civil War, which he lived during for 14 years before fleeing. "They've done it for years; we need to find out what happened."Lovetta Tugbeh said of some Liberians who have immigrated to the U.S. This would explain the FBI involvement in the case. Henry's mother felt that her son was sacrificed in a Liberian ritual, possibly associated with the Liberian Civil War.

For more information regarding the possible ties to the Liberian Civil War, check out Body found in lake is missing Mounds View man Henry McCabe.

There is a possibility that Henry McCabe actually did drown. At the club, somebody might have dropped something in Henry's drink, making him completely impaired as the night went on. But this still leaves people wondering how he ended up in a lake. His family also claims that he knew how to swim.

*If you have any suggestions you can contact me via: