A recap of this semester, and the year overall. 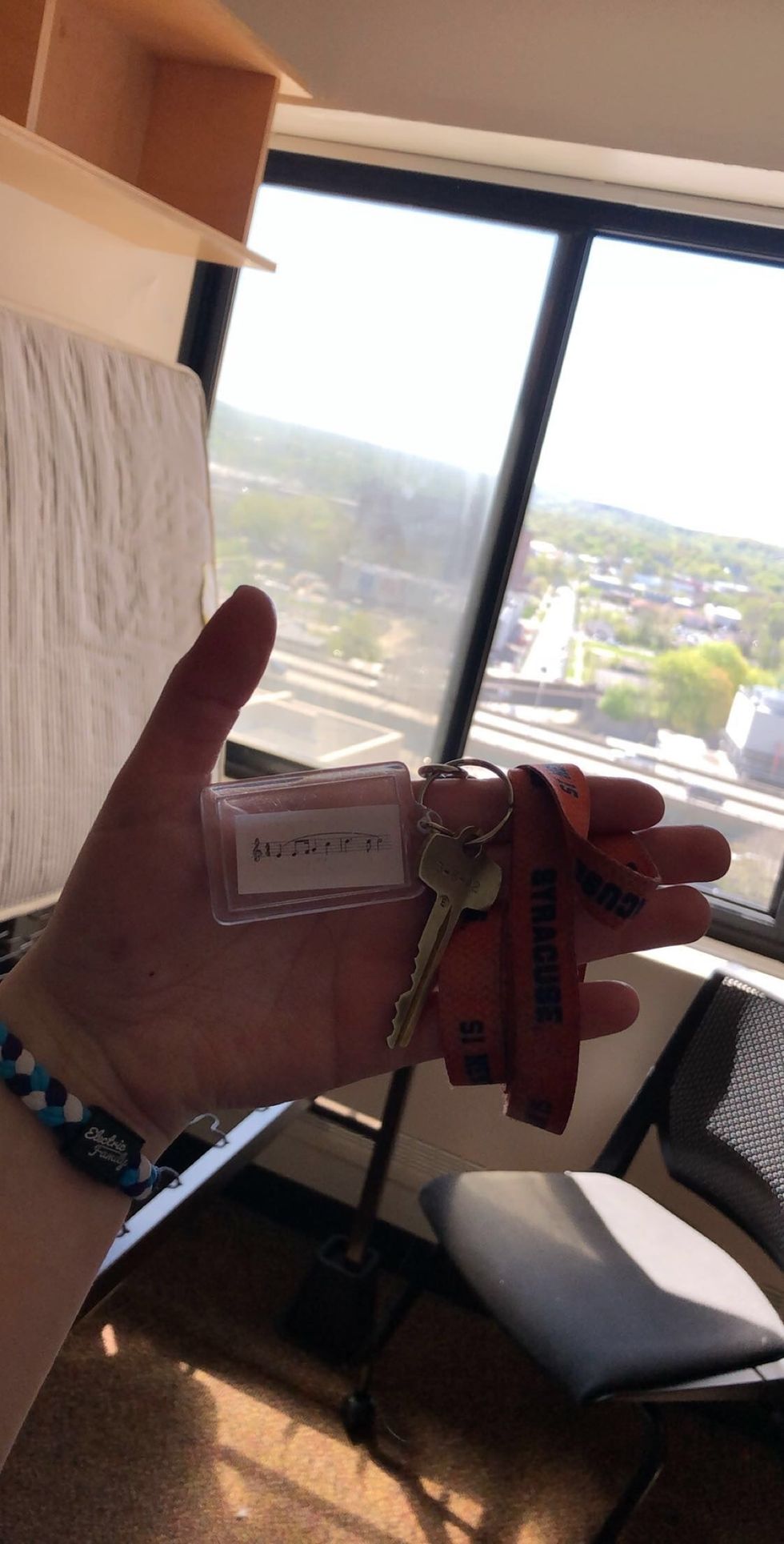 Not going to lie - I was pretty much dreading returning to Syracuse for the spring semester... mainly due to the uncertainty. I had only a few friends, all of whom lived on opposite sides of campus. I wasn't in any social extracurriculars. I was taking on a larger credit load than the semester before.

I had auditions, but thought there was no way in hell that I'd be good enough to make it. I had pretty much convinced myself that I shouldn't even bother showing up.

But I showed up. And you know the rest.

I signed up for sorority recruitment, for when I inevitably wouldn't make it. But you know the rest.

Although this semester was when I saw myself the absolute happiest, some of my lowest points were also during that period of time. In fact, I hit my lowest low to date. And at that moment, I learned a lot about those I'd held closest. I learned even more about them further down the road... and not all of it was good. But I learned a lot about myself and my worth. And I came back up, this time even higher. Admittedly, I was in a pretty bad place - but hey, we're all human. Even the most incredible days aren't perfect - nothing is.

But although no day is perfect, there were plenty of days that came damn close. There were days that were so amazing that I was convinced I didn't deserve to experience them. I was so sure that I wasn't enough, and that me being where I ended up in was a mistake. But luckily, I had surrounded myself with the most remarkable people. Kind, genuine people, all of whom believed in me more than I could have imagined. It took a while, to say the least, but I eventually came to terms with the fact that I earned my way to where I was. Where I am.

If I could go back and tell myself one thing, it'd be to never question my place. Because in no longer questioning it, in trusting the process, I had opportunities to grow - as a student, as a sister, as a performer, as a person. As I reached the end of those processes, I reflected. At initiation, and onstage, I took a second to myself to really take it all in. A second to reflect on how far I'd come, and how much I had to be proud of. A second to laugh at myself about how scared I was to have to come back to this place.

And it didn't end there. Hell, it's only beginning. And something tells me it's going to be wonderful.

As I sit in a jam-packed car of bright blue IKEA bags headed back to Long Island, I can't help but smile. This semester was truly indescribable... all I can say is that dreams really do come true. Thank you, freshman year, and anyone and everyone who came and went throughout the course of it.

And to the people that are still here, thank you for showing me what it means to love college. See you soon!

A Definitive Ranking Of Fast Food Sweet Tea, As Told By A Certified Southerner

The Japanese Atomic Bombs Were Necessary