The Problems With Gun Control In America
Odyssey

The Problems With Gun Control In America

The past, present and future. 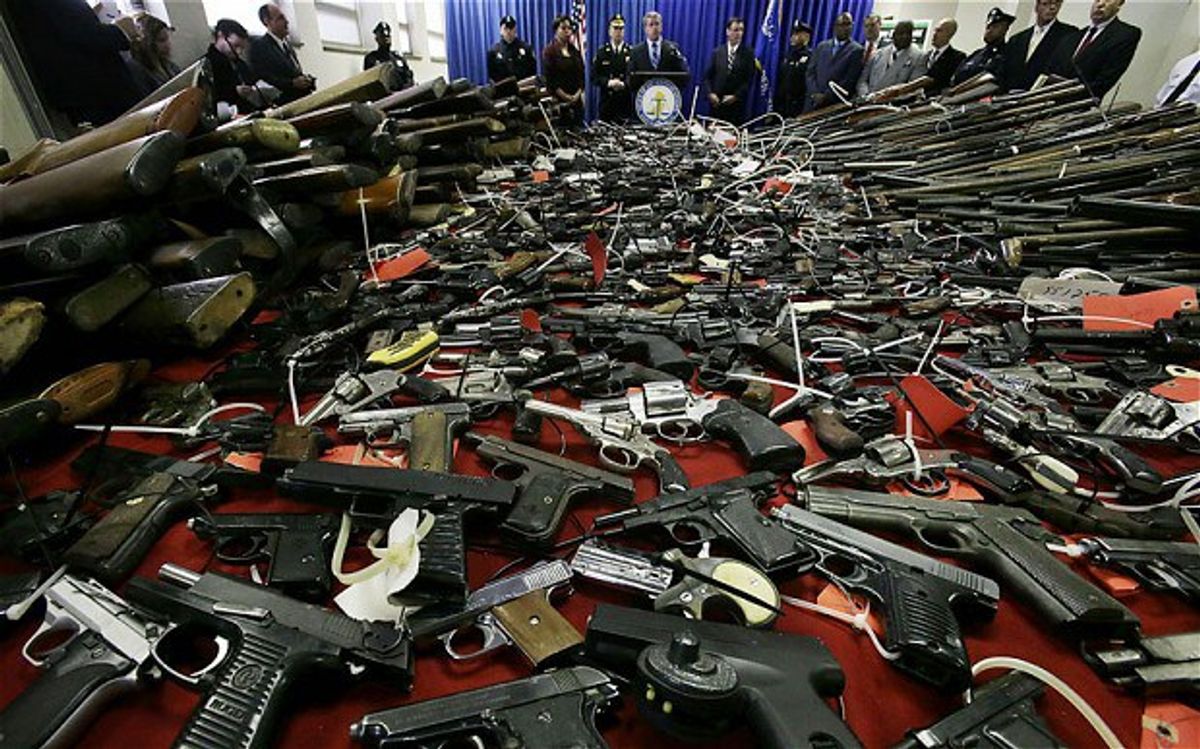 Another mass shooting; another devastating loss of human life; another tragedy that is engraved in the hearts of many. So many people are searching for answers but don’t know where to start. They know what they want the results to be but don’t know the path we need to take in order to get there.

I’m going to approach one of the most controversial and debated discussions in U.S. history; gun control. Although this is just one piece of the complicated puzzle we need to complete as a country in order to move forward, it’s a start.

The Federal Assault Weapons Ban was a ten-year ban passed by the U.S. Congress on September 13, 1994, and signed into law by then President Bill Clinton the same day. The ban only applied to weapons manufactured after the date of the ban's enactment, and it expired on September 13, 2004, in accordance with its sunset provision. Sunset provision means it was only going to last for a specific date, and since then, Congress has not passed a law to replace it.

Although it undoubtedly kept many dangerous weapons off the market, there were several problems with the 1994 federal ban.

First, the ban’s efficacy was undermined in part by provisions that allowed assault weapons and large-capacity magazines manufactured prior to 1994 to remain on the market and in circulation (and to be imported from other countries). Because of this, as many as 200 million assault weapons remained in legal circulation in the United States.

The second problem was in how assault weapons were defined. The ban enumerated 18 kinds of firearms, along with numerous military-like features that made a weapon illegal for civilian purchase and possession. Firearms manufacturers responded by tweaking their designs just enough so as not to fall into the definition, which left the resulting modified weapons just as dangerous as their banned counterparts.

Finally, as mentioned above, the ban’s “sunset provision” meant that it automatically expired in 2004 when Congress did not formally renew it. This left the U.S. without a federal weapons ban after only a decade of having one. It is difficult to analyze how effective the ban was and all that could be done to improve it after such a short period of time.

This was the last huge gun policy that was passed in the U.S., and numbers have changed since then.

Not only focusing on mass shootings, more than 32,000 people per year are killed by guns in the United States — at least.

An analysis of gun homicide rates in developed countries — those considered “high-income” by the World Bank that are members of the Organization for Economic Cooperation and Development and have populations larger than 1 million — found that the United States accounted for 46 percent of the population but 82 percent of the gun deaths.

Additionally, he proposed new funding to hire hundreds more federal law enforcement agents, and budgeting $500 million to expand access to mental health care. The president said he was compelled to move on this issue under his own authority because Congress had failed to pass “commonsense gun safety reforms.”

However, current federal law does not disqualify those on the government’s terrorist watch list from purchasing a gun from a licensed gun dealer.

According to the New York Times, Republicans and Democrats will seek to address the so-called “terror gap” allowing people on terrorist watch lists to buy firearms, and to expand background checks for purchases at gun shows and online. Separately, President Obama wants to ban the sale of semiautomatic “assault” weapons similar to those used in recent attacks, but that issue is not on the Senate’s agenda.

The large majority of the most notorious recent mass shootings in the United States — including the attacks in San Bernardino; Newtown, Conn.; and Aurora, Colo. — have involved semiautomatic weapons. Despite efforts from Congress to bring back the ban on “assault weapons,” all have failed in the face of Republican opposition. The N.R.A. and other gun-rights advocates argue that the weapons should not be called “assault rifles” at all, and that they are usually used for hunting, marksmanship or self-protection.

In December, the Denying Firearms and Explosives to Dangerous Terrorists Act of 2015 amendment was blocked by Republicans in the Senate. The legislation would have given the attorney general authority to “revoke firearms and explosives licenses and permits held by individuals determined to be engaged in terrorism.”

Another December proposal offered by Senator John Cornyn, Republican of Texas, which would have delayed gun purchases by people on the watchlist and given the government 72 hours to investigate them, won more votes than the Democratic version, but also failed.

If Congress is able to pass a measure similar to these, there is still a loophole that allows people to buy guns from private sellers in most states without a background check. Potentially, this is another issue that could be addressed as well.

A Pew poll released in August showed 85 percent of people support background checks for purchases at gun shows and in private sales; 79 percent support laws to prevent the mentally ill from buying guns; 70 percent approve of a federal database to track gun sales; and 57 percent favor a ban on assault weapons.

"The fact is it's not divisive. The things that we're advocating in the American public, when you're talking about keeping guns out of dangerous hands, we all agree," said Dan Gross, president of the Brady Campaign to Prevent Gun Violence. "The only place where this is truly a controversial issue is, tragically and disgracefully, in Congress and in our statehouses across the country."