Here Are 5 Conspiracy Theories About The Las Vegas Shooting
Odyssey
CurrentlySwoonLifestyleHealth & WellnessStudent LifeContent InspirationEntertainmentPolitics and ActivismSportsAdulting
About usAdvertiseTermsPrivacyDMCAContact us
® 2023 ODYSSEY
Welcome back
Sign in to comment to your favorite stories, participate in your community and interact with your friends
or
LOG IN WITH FACEBOOK
No account? Create one
Start writing a post
Politics

With investigators getting no closer to finding Paddocks motive, here are a few theories for why exactly this massacre may have happened. 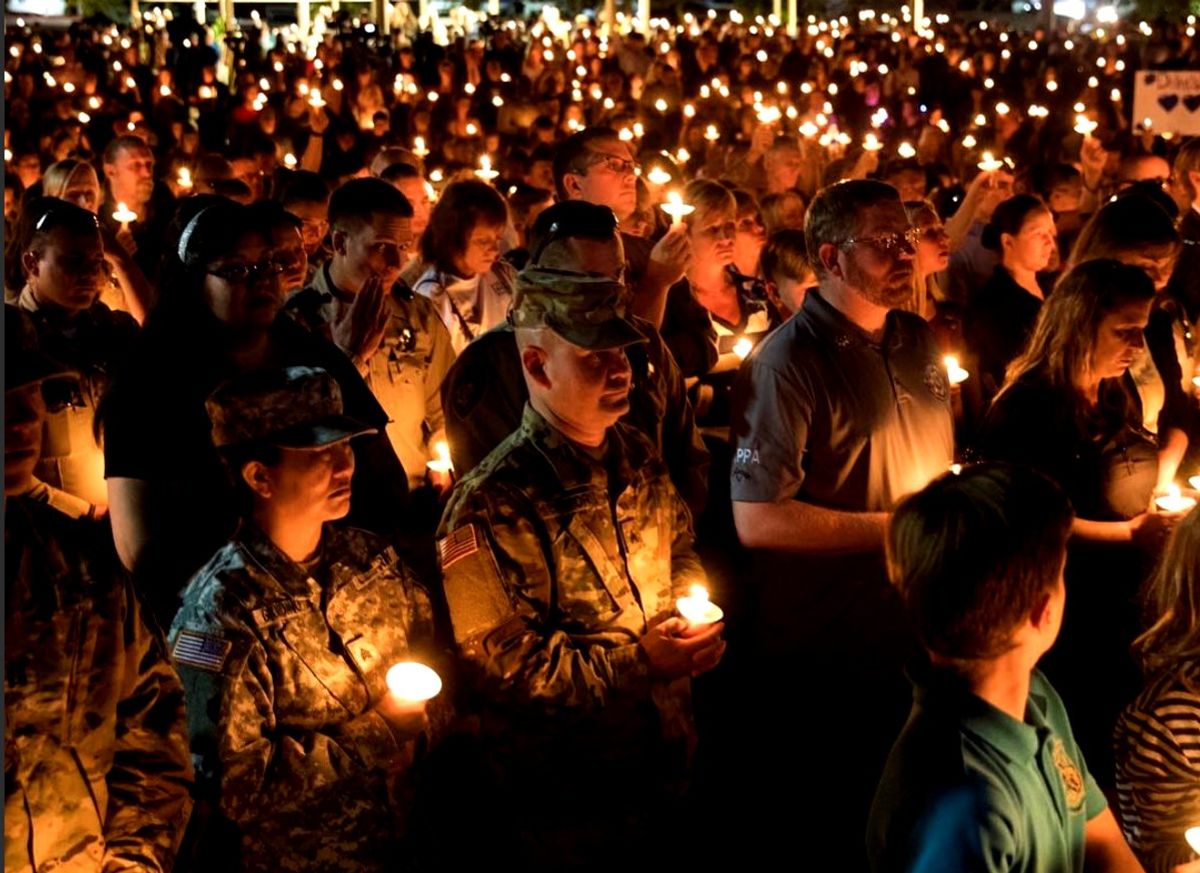 In the wake of one of modern America's most deadly mass shootings, the Las Vegas Massacre has sparked controversy all of over the world. Stephen Paddock's motive is still unclear, but the shooting was nonetheless a deliberate act of terrorism.

With the loss of 59 lives and over 400 people injured in the shooting, thousands of people have brought forth their own theories about this strange mass homicide. This article is in no way disrespecting the victims of the mass shooting.

However, with the thousands of news and media outlets covering the shooting, details have become hazy concerning Paddock's motive and decision; there are thousands of conspiracy theories arising in the wake of this tragedy, as the inconsistencies of this case are very obvious to onlookers.

As a result of the ongoing investigation of the Vegas Massacre still happening, below are 5 of the largely believed conspiracy theories concerning the Las Vegas Massacre.

But first, let's mention some things, Stephen Paddock was a 64-year-old man. He managed to carry up to 400 pounds of ammunition and explosives up 30 floors, set up a concealed sniper nest, disarmed fire alarms and other security systems in place at the Casino, while also removing a window to do this.

Keep in mind that the window weighed 800 pounds and was hurricane-proof glass.

And then reigned aimed automatic gun power for up to 10 minutes. All with no military experience and no motive. How did he do this on his own?

1. The shooting was devised by the government (mainly the left-wing) to provide a reason for more gun control or the abolishment of gun attainment rights.

There are tons of the theories that this massacre was devised by the left to reshape NRA legislation. I would get more into this, but the politics are too sensitive right now for the extent of this tragedy.

2. This was a Muslim terrorist attack carried out by an Islam convert.

3. Someone pushed their way to the front row and told concert-goers they were "all going to die tonight."

A Hispanic-looking woman at the concert, who pushed her way to the front of the line, made a scene and told all of the people in line that they were "all going to die tonight" 45 minutes before the concert. Complicating the claim that this was a one-person shooter attack and involved no other parties.

An interview with one of the victims confesses that a woman and her boyfriend kept messing with a woman near them telling her that she was going to die. Security escorted the couple out before they made anyone else unnerved. These two people were essentially telling people on the strip that they were going to die, and then shortly after a mass shooting happens... Kind of suspicious?

4. There was more than one shooter in the Las Vegas shooting. Proven by cell phone footage provided and analyzed by YouTube user The Red Elephants.

Another YouTube user, GodloveOurPassion, also analyzes this footage and mentions that a lot of the Las Vegas shooting videos are being taken down. He advises the viewers to save a copy of the video footage he provides to clear later misconceptions.

5. This was the result of a failed sting operation.

Police found several pounds of ammonium nitrate, a chemical used to make explosives, in Paddock's suite. A theory for this is that Paddock was setting up a sting operation to illegally sell ammunition and explosives to a terrorist organization and the operation must have caused conflict in some way.

A story posted on 4Chan.org posted by an alleged police officer who claims to be a first responder to the case believes that this was definitely a sting operation gone wrong. He believes that the terrorist organization, or people that Paddock was selling the ammunition to, shot Paddock and carried out a terrorist attack.

In addition, Paddock worked for several military contractors, like NASA, which proves that Paddock may have had reason to carry out this operation case believes that this was definitely a sting operation gone wrong.

He believes that the terrorist organization, or people that Paddock was selling the ammunition to, shot Paddock and carried out a terrorist attack.

This would explain why he had 40 automatic weapons, pounds of explosives, bomb-making chemicals and materials in his car and in his room, and would also explain why he sent $100,000 to the Philippines just a week before the shooting.

In addition, Paddock worked for several military contractors, like NASA, which proves that Paddock may have had reason to carry out this operation.

Please comment below what your thoughts on the Vegas shooting are and your possible theories for Paddock's motive.