Why I'm Grateful for My Siblings

And why the relationship is important 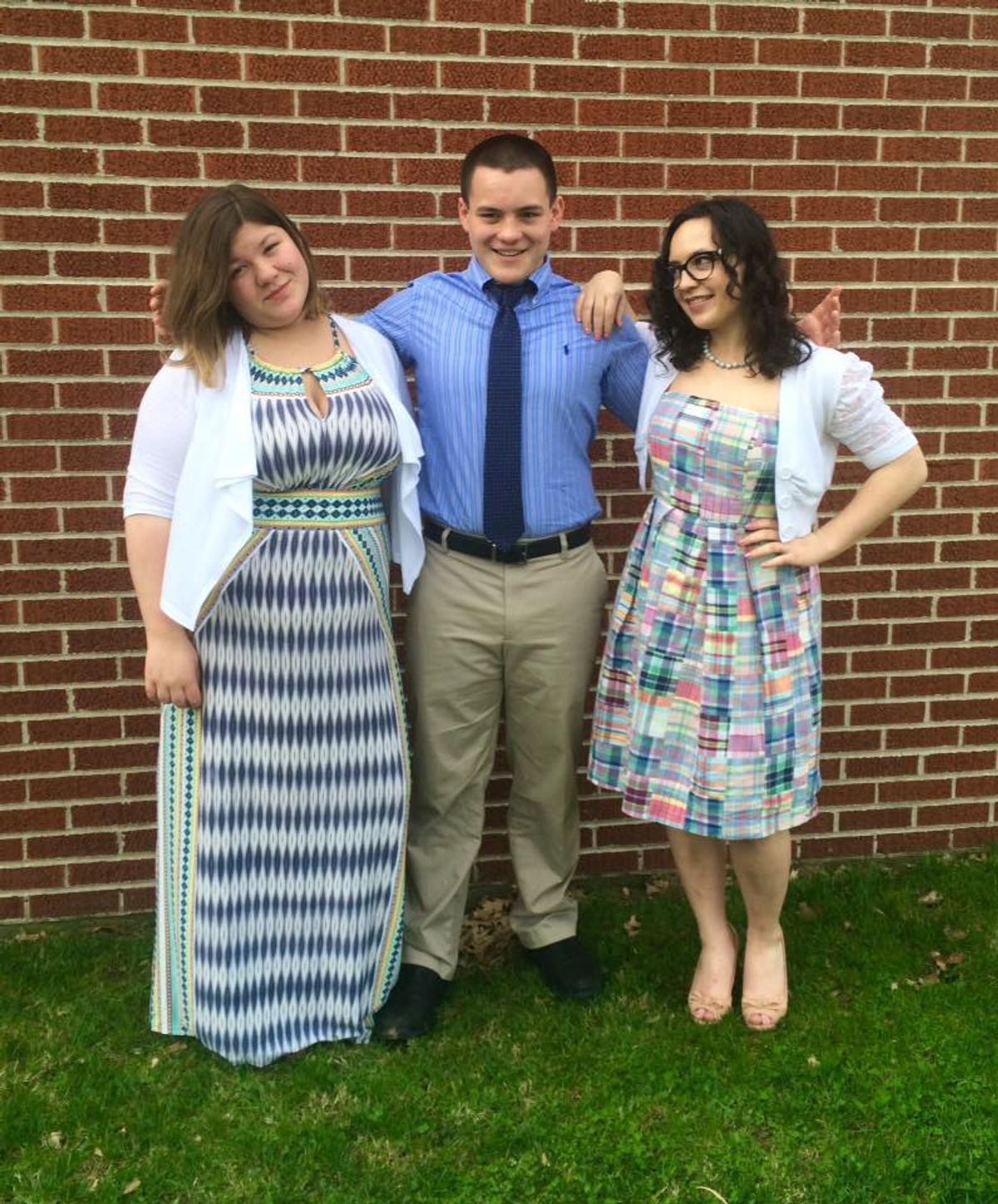 I'm the oldest of three. My brother is two years younger than me, and my sister is five years younger than me. It's hard to have siblings, undeniably; just like it's hard to have family in all its other flavors as well. But siblings are different because the expectation is different. You have to share everything, you're always compared to each other, and you always seem to be competing against each other, whether its for attention, affection, or status. My brother and I have always been close, but my sister and I had a contentious relationship for a very long time. However, we've had the opportunity to grow up together, and we've learned to grow, and to be graceful with each other's shortcomings and supportive of each other's strengths. It only took seventeen years, but I'm incredibly grateful for everything my siblings have taught me, and I am not ashamed to say, in a stereotypical homeschooler fashion, that my siblings are some of my best friends.

My brother is so much nicer than both me and my sister. He's always been the peace-keeper, mediator, and supporter. I used to take advantage of that, especially when I was younger. Once upon a time, I was messing with the computer keyboard when my mom was out of the room, and I had specifically been told not to do that, and when she came back in she demanded to know who had been messing with it. I blamed it on my brother, and he just took the fall for me, without contest. But now, I am very glad and grateful to say that I learn more from him than I take advantage of him.

My sister and I have only started to get along in the past few years. I used to intentionally provoke her by doing things she hated, and she would get me in trouble for all kinds of things I didn't do. I told her that I hated her once, and I know regrets are useless, but I do regret saying that. I imagine that singular sentence was much to blame for our rocky relationship in the years that followed. We both have such strong personalities--stubborn personalities--and different strengths, and I think we've always been a little jealous of each other. I think it helped that I went away to college and that we both had time to find ourselves apart from each other. But now, since we have learned to compromise, learned to be graceful, learned to love each other's strengths and to support them, we have grown incredibly close. My sister is amazing. She's so sharp, and funny, and creative, and generous, and I love her, and I still have much to learn from her. She's now my go-to companion for almost everything, and she's the best singing partner ever, plus she can compensate for my starting lack of rhythm.

So I guess the moral of the story is that siblings can be a pain, but if you're patient and you're willing to and want to nurture your relationship with your siblings then they can become some of the most valuable friends in your life. Furthermore, I would say it's almost always worthwhile to pursue that relationship. It involves, as other relationships, self-sacrifice, some annoyances, and some pain, but it is so worthwhile.